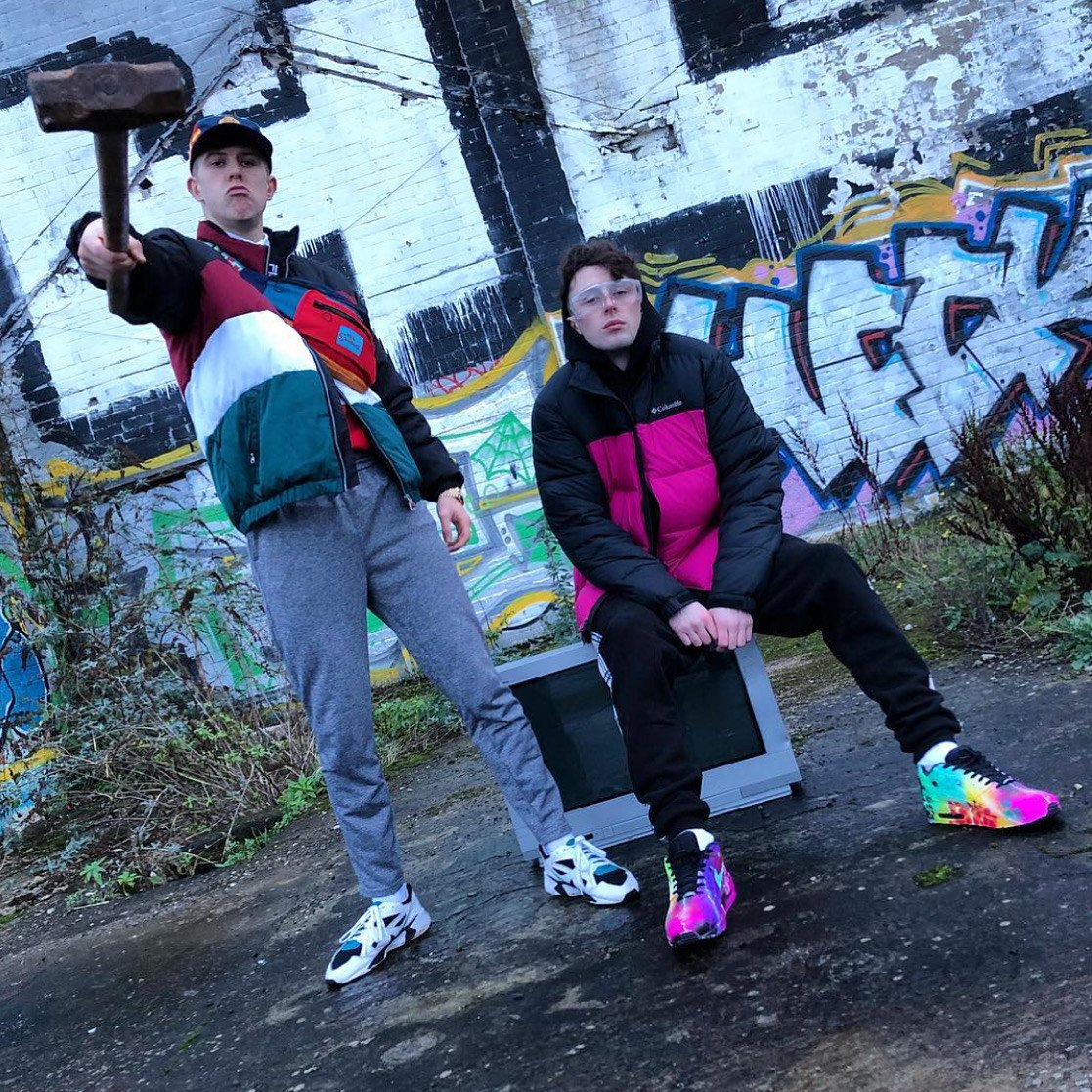 Ringsend rappers Versatile have had quite the last few years. The controversial duo, who go by the names Casper Walsh and Eskimo Supreme, have gone through extreme highs and lows, with smash hits, accusations of racism, and huge shows including a headline slot at the 3Arena and Snoop Dogg’s support slot. The Point’s ginormous venue is just a 10 minute walk from their front door.

The racism accusations have overpowered, to some degree, the other elements. The pair argue they’re portraying a character in the lyrics of spiky hit track Dublin City Gs. That said, their lyrics are, by their own admission, designed to offend, which is not a unique element in hip-hop. As unquestionably Ireland’s most successful ever rap pairing, despite almost zero radio play, the duo, who deliver their tunes in staunch Dublin accents and have recently collaborated with Eminem backing group D12, are not too big to criticise, but they’re certainly too big to ignore.

When we catch them, Casper joins the call first, shirtless in the sun and walking around his back garden. He tells us “it’s a surreal buzz, for us Dublin young fellas to be working with such huge international artists. Some people can just whisk something up in two minutes. Me and the boys sort of have to write on our time and then jump in the studio. We work on the stuff on our time.” Having done so, they skipped off to LA to work with the mega stars.

“We’re constantly writing,” he continues. “I’m constantly singing melodies to myself and shouting nonsense into thousands of voice notes. We’ve been touring the UK a lot. I think they just get the vibe. They feel it maybe more than understanding the songs, with the Dublin accents and references. The instrumentals along with the delivery, plus the shite talk, gets people going.”

The very first 3Arena show after the pandemic shutdown was Versatile’s, a unique claim. “We were the first act of any genre, but it was business as usual. It was deadly to come back after a long couple of years of nothing, of depression. A beautiful feeling. We never thought we’d get there, it came out of nowhere,” they laugh.

“For the big headline shows, we have a lot of extra actors on the stage with us,” Eskimo Supreme adds. “We have a dance crew, we try to create a kind of universe around it. It has stuff from our music videos, replicated, stuff like that.”

Walsh is also involved in boxing, where he’s sponsored by Conor McGregor. “We got talking to him after he liked our single,” they say. “He’s shown us love and support. We had a sit down with his team, and that helped set us up. We got sponsorship for the boxing fight and that was that.”

Walsh will be fighting UK rapper Don Strapzy in the Manchester Arena, on the underbill of Ricky Hatton’s fight. “We’ll headline a show in early summer and then I have  to concentrate on the boxing,” he says. “We’ll be working on stuff back home, too. We did some stuff with a big LA rapper over there that we’ve brought back with us to work on. It’ll be ready as soon as we can get in the studio.”

“The media stuff doesn’t bother us,” they say of the regular criticism. “What we do is all organic so it doesn’t matter. I think everyone should be able to say whatever they want. If people don’t like it, they don’t like it. I don’t feel victimised,” Walsh says.

“Some people can’t differentiate who we are in real life and who we are in music videos,” Eskimo says. “People love gossip more than they love entertainment, that’s just the way the world works.”

Versatile play the 3Arena on September 19.