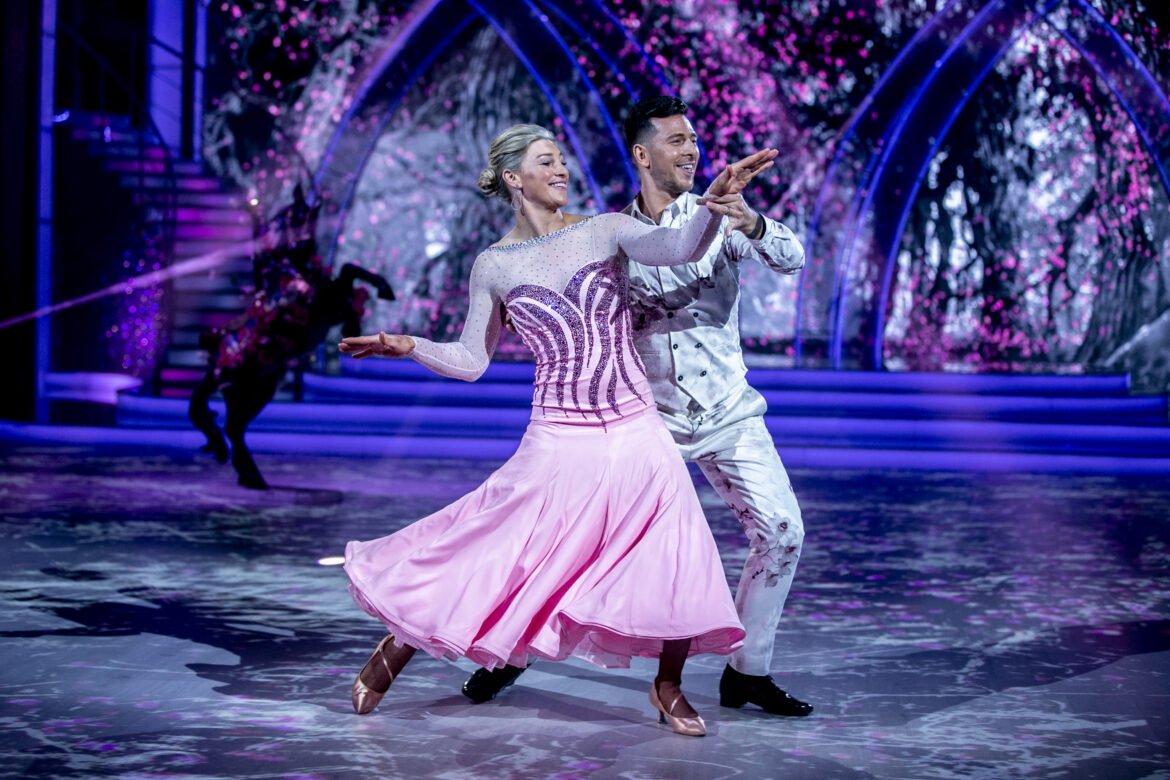 Six couples took to the floor for the first show of the new series of the eagerly anticipated return of Dancing with the Stars on RTÉ One.

Kicking off the show, a selection of the pro-dancers performed a routine to Clean Bandit’s Symphony. Presenters Jennifer Zamparelli and Nicky Byrne were back at the helm, and tonight was the first show for new judge, Arthur Gourounlian, who joined the panel alongside returning judges Loraine Barry and Brian Redmond.

First to take to the stage for the new series was comedian Neil Delamere and his professional partner, Kylee Vincent. The pair hit the ground running with a paso doble performed to the music of I Believe in the Thing Called Love.

Loraine said: “You, me, and the whole nation have been waiting for the first dance on series five of Dancing with the Stars, and what a powerful number you have. There’s a lot of power here and a lot of strength. First dance out, at the beginning of the season, I’m very impressed”
Brian said: “It wouldn’t be week one without them booing me already… The intensity is great, it just needs to be a little bit calmer, a little bit more relaxed.”

Dancing with the Stars will return to our screens next Sunday at 6.30pm on RTE ONE.