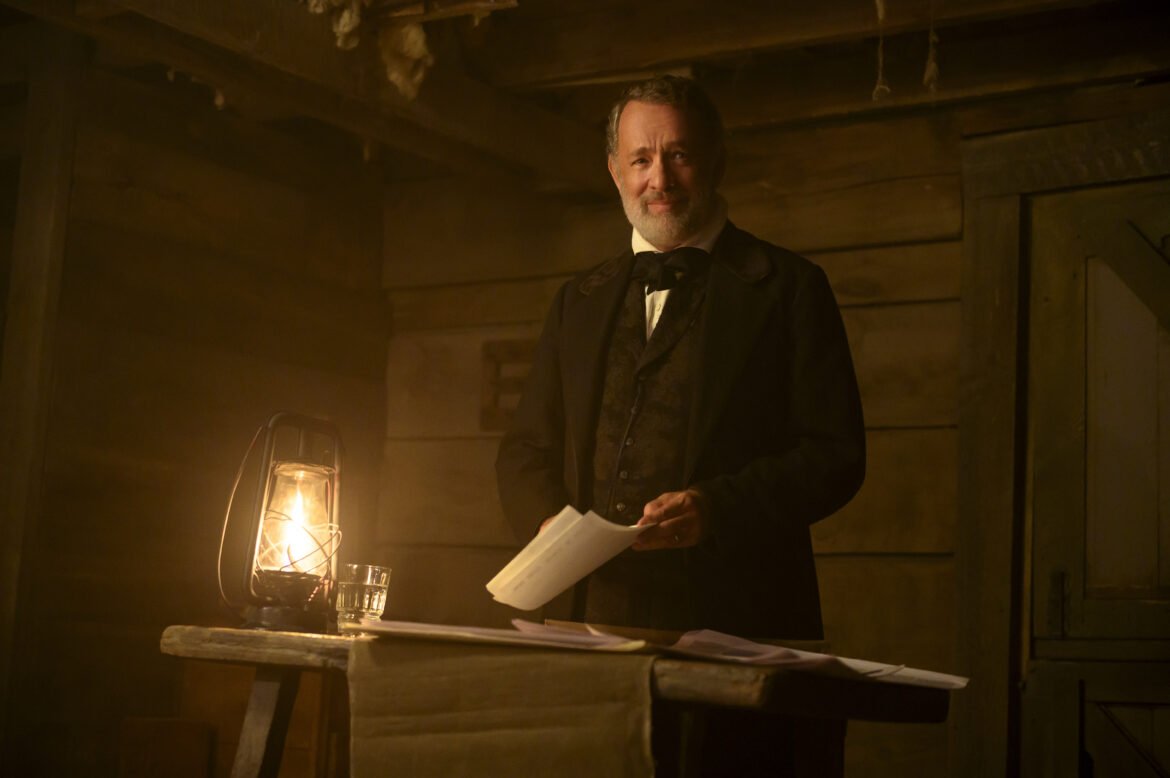 A new month brings with it more Netflix content for our viewing pleasure, with February no different as a heap of new and returning shows land on the streaming platform.

Take a look at the list below to see what’ll be hitting our screens in the coming weeks, from new comedy series, drama and more.

Tully and Kate meet as young girls on Firefly Lane and become inseparable best friends through 30 years of ups and downs. Starring Katherine Heigl and Sarah Chalke, the show is based on the bestselling novel by Kristin Hannah.

While investigating a mysterious death, a man is drawn into a battle between the human world and a realm inhabited by mythical creatures.

Detective Luc Capitani investigates the mysterious death of a teenager after her body is found in the forest near a village in northern Luxembourg.

The crew chief in a NASCAR garage finds himself at odds with the tech-reliant millennials brought in to modernize the team. Starring Kevin James.

Since her husband walked out, Louise (Simona Brown) has made her son her world. Her world is thrown off kilter when she begins an affair with her new boss David (Tom Bateman) and matters take an even stranger turn when she’s drawn into an unlikely friendship with his wife Adele (Eve Hewson). What starts as an unconventional love triangle soon becomes a dark, psychological tale of suspense and twisted revelations.

In 2074, three siblings set out to change the fate of Europe after a global catastrophe fractures it into countless microstates fighting for dominance.

Buried by the Bernards

In 2017, Ryan Bernard opened the doors to R Bernard Funeral Services, offering complete, yet affordable funeral packages to help his community deal with exponentially high funeral costs. With family dra-medy at the center, the family-owned and operated business provides their community service and comfort with a side of laughter in the toughest of times.

After years on the run, a mother and her teen girl seek a normal life in New England, but the mother’s past threatens their new way of life.

A renowned dog trainer uses his unique methods and techniques to fix obedience and behaviour issues in a variety of dogs.

All My Friends Are Dead

A group of friends at a New Year’s Eve party go through a whirlwind of events that exposes secrets, breaks hearts — and leads to a shocking outcome.

In 1950s Italy, a passionate free spirit dreams of love, justice and a better life till a forbidden affair threatens everything. Based on real events.

A family grapples with the passing of their estranged father and the remnants of the life he led during his absence.

As a filmmaker and his girlfriend return home from his movie premiere, smoldering tensions and painful revelations push them toward a romantic reckoning.

Chasing after space debris and faraway dreams in year 2092, four misfits unearth explosive secrets during the attempted trade of a wide-eyed humanoid.

News of the World

Five years after the end of the Civil War, Captain Jefferson Kyle Kidd (Tom Hanks) now moves from town to town as a non-fiction storyteller. In Texas, he crosses paths with Johanna, a 10-year-old taken in by the Kiowa people and raised as one of their own. Johanna is being returned to her biological aunt and uncle against her will. Kidd agrees to deliver the child where the law says she belongs.

On a hiking trip to rekindle their marriage, a couple find themselves fleeing for their lives in the unforgiving wilderness from an unknown shooter.

To All The Boys: Always And Forever

It started with an old love letter — and turned into a new romance. What does the future hold for Lara Jean and Peter?

The plight of middle-aged men is told through the individual yet intertwined stories of four high school classmates dealing with personal struggles.

Caught by a Wave

A summer fling born under the Sicilian sun quickly develops into a heart breaking love story that forces a boy and girl to grow up too quickly.

Once again, Tiffany Haddish will introduce six of her favourite comedians to Netflix members around the world with a second season of the Emmy-nominated stand-up comedy series They Ready.

Brian Regan: On The Rocks

Comedian Brian Regan is trying to understand absurdities around him. In his second Netflix comedy special, Brian Regan: On The Rocks, the legendary comedian confronts his befuddlement with animals, people, dinner parties, Reiki healers, and his recent realisation that he has O.C.D.

Strip Down, Rise Up

In an effort to reclaim their bodies and lives, a group of women explore the intersections of movement and meaning in a powerful pole dancing program.

Crime Scene: The Vanishing at the Cecil Hotel

From director Joe Berlinger (Conversations with a Killer: The Ted Bundy Tapes, Paradise Lost), Crime Scene: The Vanishing at the Cecil Hotel is the first season in a new documentary series that deconstructs the mythology and mystery surrounding infamous locations in contemporary crime.

This documentary tells the story of world-renowned footballer Pelé, his quest for perfection and the mythical status he has since attained.