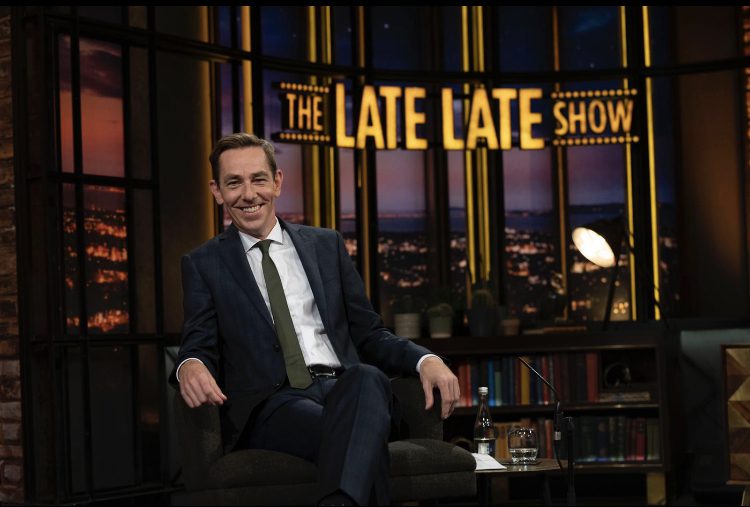 Don’t miss the first Late Late Show of 2022 -with a host of well known guests along with Host Ryan Tubridy.

Charlie Bird with his army of volunteer climbers, Leitrim’s Seamus O’Rourke, comedian Jason Byrne,  Bosco and the music of the Beatles on this Friday night’s Late Late Show

RTÉ stalwart Charlie Bird has been candid about his recent Motor Neuron Disease diagnosis, and tomorrow evening, Charlie will be back in studio, with Ryan Tubridy and a cast of willing volunteers to launch the inaugural “Climb with Charlie” event.  Charlie, along with Vicky Phelan, hopes to inspire thousands of Irish people to climb Croagh Patrick and other peaks around the country (and across the world!) on April 2nd next.

We’ll have all the details about how you can get ready for the challenge in the twelve weeks between now and then and how to register for the Croagh Patrick event. We’ll hear from Charlie, Vicky, Mary McAleese, Davy Fitzgerald, Baz Ashmawy, Joanna Donnelly, Dr Harry Barry, Dermot Bannon, Karl Henry and many, many more who are throwing their full support behind the epic climb. Ní neart go cur le chéile, so come along and get involved at your own pace.

Leitrim actor and writer Seamus O’Rourke, beloved by Late Late Show audiences, will be giving us his inimitable take on “new year, new you”, while comedian Jason Byrne will be giving us all a laugh through his trials and tribulations of the last year.

The show will be showcasing the magnificent music of the Beatles with stunning performances by Niamh Farrell and Somebody’s Child.

And you may even get to have a look inside Bosco‘s box…All will be revealed!

The Late Late show will air Live on Friday night, 9.35pm on RTÉ One, straight after the Nine O’Clock News.