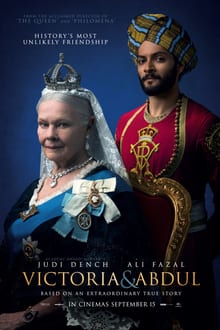 Killiney native Consolata Boyle was nominated for the Costume Design of Victoria and Abdul.

Killiney native Consolata Boyle was nominated for the Academy Award for Costume Design for her work on the film Victoria and Abdul.

Victoria and Abdul is set in the late 19th century and tells the story of Queen Victoria’s unlikely friendship with an Indian clerk. It’s based on a book with the same name.

Boyle has received an Oscar nomination for costume design twice before, for her work on The Queen and Florence Foster Jenkins.

“This year’s Oscar nominations showcase the great breadth of Irish talent within the film industry and shows our contribution to international cinema,” said Minister for Culture, Heritage and the Gaeltacht Josepha Madigan.

“I have followed the fortunes of Cartoon Saloon over many years and have been fortunate to work closely with them on local projects,” Cllr Malcolm Noonan said. “But today is a really special day, in particular for Director Nora Twomey who nurtured the story of ‘The Breadwinner’ and brought it to fruition in this animation masterpiece.”

Carlow actress Saoirse Ronan, whose parents are both from Dublin, also received her third Oscar nomination for her role in Lady Bird.

A flurry of activity reported in mortgage switcher market

A bit plodding in parts, but Dumbo...

It’s another selection of sizzlers to look...

17/05/2017
We use cookies to ensure that we give you the best experience on our website. If you continue to use this site we will assume that you are happy with it.Ok