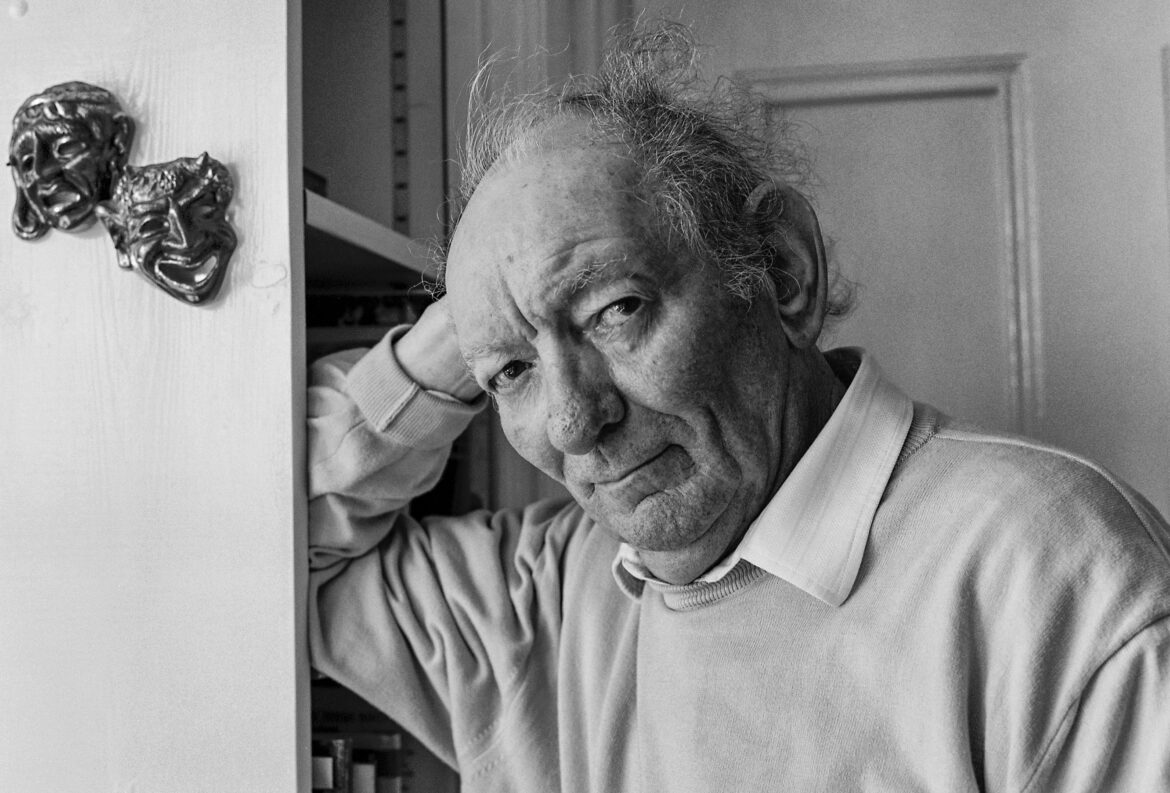 Brian Friel-Shy Man, Showman will be documented tonight on RTE ONE at 10.30pm. The playwright stands among the giants of Irish literature.

Those closest to him along with stars such as Sinéad Cusack, Stephen Rea and Liam Neeson examine the man who transformed Irish theatre in the 20th century.

When Brian Friel died in October 2015, he left behind 24 published plays, two short story collections and adaptations of work by Ibsen, Chekov and Turgenev. He also left Irish theatre changed forever. A beguiling mix of showman and shy man Brian Friel was notoriously reluctant to give interviews.

As Seamus Heaney said “trying to capture Friel is like “shifting smoke with a pitchfork.” Yet this unwillingness to talk to the press and a withdrawal from public life in the mid 80’s mean that many have not understood how influential he was and remains. Faith Healer, Philadelphia Here I Come and Translations took Irish theatre in completely new directions, while Dancing at Lughnasa brought it to totally different audiences. Seven years after his death, a landmark film for RTE and BBCNI “Brian Friel: Shyman and Showman” examines that legacy.

The film has unprecedented access to his widow Anne and their family home, along side a stream of stars such as Sinéad Cusack, Stephen Rea, Siobhán McSweeney and Liam Neeson who readily attest to his genius.

The film sets out to show, through family, friends, actors, directors, as well as via his own handwritten and typed letters, personal archive, and readings from some of his plays, how Brian Friel re-defined Irish theatre in the second half of the 20th century. In her first on screen interview, Brian Friel’s widow Anne allows cameras into their Donegal home, into Brian’s writing room and study, surrounded by photos of Friel with Meryl Streep, the Kennedys, playwright Tom Stoppard and Friel’s Tony award for his huge Broadway success “Dancing at Lughnasa “.

With wit, humour and deep emotion she shares stories of her late husband, how they first met, how he was “a man about town”, how they sold everything to move to the US so he could learn the craft of playwriting and how he kept going when play after play was rejected.

Artistic Director of the Abbey Theatre, Caitríona McLaughlin, directs extracts from Friel plays while Irish and British actors who appeared in them, Stephen Rea, Siobhán McSweeney, Indira Varma and Niamh Cusack , read extracts from
“Freedom of the City”, “Faith Healer” and “Dancing at Lughnasa”, bringing huge personal connection to each.

Friel’s life spanned some of the most momentous political, social and cultural shifts in recent Irish and in particular, Northern Irish history. In his plays he explored his era’s concerns around cultural identity, social change and political turmoil, the importance of language and the significance of history.

Those ideas still resonate today. As Great Britain, Northern Ireland and Ireland grapple with the meaning of identity, nationalism and shifting political boundaries in a post-Brexit world Friel’s work has never been more relevant.

How to enhance your core stability and improve body alignment

Vigil for female victim of assault on Saturday