A beast of a sequel, but ultimately it disappoints

Hamlet, it ain’t. That’s the core existential essence – and problem – at the heart of Pacific Rim Uprising (Cert 12A, 111 mins; hereafter referred to as PR2), the sequel to 2013’s well regarded Pacific Rim.

At the end of the day, and not so far into either film, the Pacific Rim films boil down to one simple narrative device: it’s smashy-smashy time, with cities getting trashed by giant monsters.

In this, the Pacific Rim films are trapped in the same orbit as the absolutely turgid Transformers films – sooner or later, it all boils down to smashy-smashy time, with PR2 lumbered with the same ticking plot device as its great predecessor.

The first film was a labour of love for director Guillermo del Toro, probably the greatest auteur in monster and beastie flicks at the moment.
Understanding the limitations of working on things boiling down to fightin’ time between kaiju and jaegars, Del Toro introduced a dash of eccentricity to the rest of the film to add some individuality in this somewhat limiting genre.

Alas, PR2 has simply gone for the ‘bigger, better, more’ approach, and comes off the worse for it.
This time round, we pick up the story some years after the first film, where humanity more or less defeated the kaiju (giant alien sea monsters invading earth through an interdimensional portal at the bottom of the Pacific Ocean) thus spelling an end to devastating attacks on cities.

Cut to John Boyega as the maverick son of an enigmatic hero from the first film, who reluctantly gets drawn into the fight when – and this is hardly a spoiler alert – the kaiju return, presenting a much bigger threat to humanity than before. 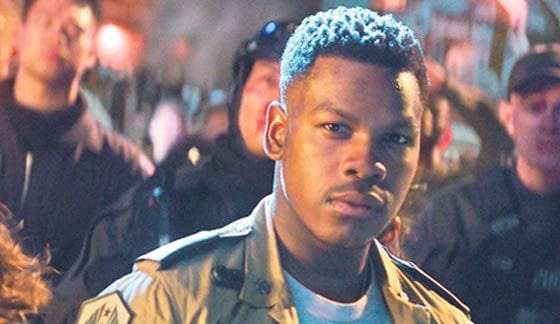 That’s the singular difference between the films: bigger, brasher, bolder.
The watery gloominess behind many of the visuals in the first film have been swapped out for day-glo destruction here, with daylight revealing the scale of admittedly spectacular devastation.

In this, PR2 successes beautifully, with some superb setpieces and the best fight scenes destroying Asian cities you’ll see this month, at least.
As the lead this time round, Boyega acquits himself very well, turning in another enjoyably charismatic performance that’s seeing him very quickly become a bona fide star. However, there’s just something empty behind PR2.

It’s okay, but it’s clear this isn’t going to be the same monster smash as its esteemed predecessor. Despite its blatantly obvious opening for a sequel, perhaps it’s time to can the kaiju and junk the jaegars…

Rip it up and start again… Æ Mak’s ambitious rebalancing

Polo pushes on in size and safety features

Makes a bit of a splash

May leave you feeling all shook up

24/10/2019
We use cookies to ensure that we give you the best experience on our website. If you continue to use this site we will assume that you are happy with it.Ok