Take out the callipers – the thick-skinned return of Paddy Hanna

Having put aside his demons and tackled the dramas of recording an album that really didn’t go to plan, Paddy Hanna’s had a rocky road to his sophomore release, but he’s staring proudly over those roadblocks.

Castleknock native Paddy Hanna has been in a fair few bands in his time, but over the last few years he’s been operating under his own moniker, drawing the crowds though the distinctive vocals of his leftfield indie-pop ditties.

A former core member of popular and borderline-defunct DIY collective Popical Island and frontman for one of their key acts, Grand Pocket Orchestra, Hanna released his debut album ‘Leafy Stiletto’ in 2014.

Years later, his return with his latest ‘Frankly, I Mutate’ might be greatly delayed, but has already drawn the attention of the likes of NME and Stereogum through its early singles. His style is one of emotive vocals, gorgeous yet jarring instrumentals and slow-building, dramatic peaks.
It’s been a difficult road for Hanna, though, who’s never been afraid to speak his mind on the problems musicians face.

“Things are totally different this time,” he tells us.
“I’ve had line up changes and life changes. I’ve tackled some mental health issues; spent some time on finding things that work. I started working on this album when I went onto medication. I was looking at things with a new clarity.”
Things were to go a little haywire, though, with the recording process brutally interrupted, and the album release – originally planned for last year – heavily delayed.

“I lost my manager half way through the two weeks in the studio,” Hanna recalls.
“It was strange, as he’d introduced me to Daniel [Fox, the producer who was to be heavy influence on the album’s style], and really set this project in motion.

“The wall of sound affect Daniel introduced is an essential element on the new album. It was our project, in many ways, but my old manager decided half way through that he didn’t want to carry on. It’s a funny one. You’ll hear it on the album. Half the tracks are me excited about being back in the studio, and have that feel to them. The other half are very different. After the manager left there was some drinking and some really wasted vocal takes. I guess the contrast is part of the mystique of it.”

Astonishingly, the studio was to close shortly after Hanna’s recording, too, meaning a number of tweaks to the record had to be done elsewhere, further complicating the process by the requirement for a new studio a fresh set up.

Eventually, the seasoned performer – at something of a loose end – hooked up with Galway music legend and Roisin Dubh main man Gugai, who will release ‘Frankly, I Mutate’ on his Strange Brew label.

After such a shaky process, though, there’s no question the early signs are good.
“I guess the new stuff has got more attention than previous singles,” Hanna admitted.

“I’m not sure if it’s because it’s better material, or because it’s building on my previous stuff.”
That process has been far from smooth sailing, however.

“You have to come through some difficult stuff as any kind of musician or artist. So many people just leave it behind,” Hanna points out.
“It’s financially difficult, and you just have to come through so much soul-destroying waiting and sheer indifference. You have to just keep going until you get a second skin. Sometimes I just want to tell people to keep going, to wait and to grow those callipers a little bit., that they’ll get there.”

Popical Island, the popular collective of friends that brought both Hanna and some of the Dublin indie scene’s most compelling contemporaries into the local music limelight, is sadly all but defunct today.
Hanna’s been somewhat critical of the group in the past, but insists his complaints came from a good place.

“I love those guys. We drifted together as bordering on inseparable friends, and I guess it drifted apart in a similar way. It was very difficult to push yourself there, and I felt like they should have wanted more,” Hanna explains.
“I regret saying some of the things I did about them, I was quite critical in interviews, and I think it upset some of them. But it came from a place of love. Love and anger are very close together. It’s not gone, but it’ll certainly be quiet for some time.”

As for reaching that much-desired success? “I have my yardstick,” Hanna tells us. “It’s to headline a certain venue of a certain size. I don’t want to say where, but I haven’t got there yet. Until I get there, it’ll be about pushing hard, because that’s what you have to do.”
Paddy Hanna’s second solo album ‘Frankly, I Mutute’ is out on March 2. 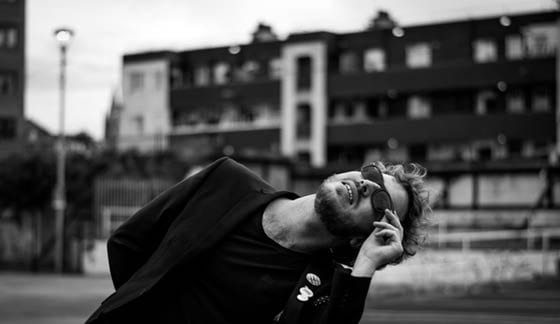 Whelan’s annual January showcase aims to bring together a host of local musical newcomers to showcase their craft across several stages. A bargain chance to see future stars, it’s €5 per evening, or €10 for all four nights (Thursday to Sunday). Check Whelan’s social media for the (often late-announced) acts and timetable breakdown.

With beautiful harmonies about life and love, Little Green Cars are a unheralded gem of Irish music just waiting to be uncovered. Expect beautiful vocals, loud-quiet melodrama and an understated cool.

Davina and the Messengers @ The Button Factory, free

The Kahoots @ The Button Factory, free

Wallis Bird’s relocation to Germany was a huge loss to Irish music – she’s a wonderful live musician who used to pop up effervescently all over the city. Fortunately she’s regularly back, and her jubilant live show of leftfield acoustic pop is unmissable and wonderful.

Imelda May: “Sometimes you need the darkness to...

Teenage Fanclub: “We never got caught up trying...

Siobhra Quinlan: “Changeling” is threaded together by a...

Eiza Murphy: “I normally start with a concept...

Lacuna Coil – giving it all amid...

Cinema Review: Something of a battle Royale