Well, you can say goodbye to apps and hello to a whole new kind of dating with SPIN1038!

As recently revealed in Dublin Gazette, SPIN1038’s Fully Charged Breakfast duo, Graham and Nathan – now dubbed the ‘Cupids of Dublin’ – are launching a new dating concept that will see the faces of four Dublin singles featured on billboards around the city.

In an Irish radio first, Fully Charged’s Billboard Singles campaign will see four Dublin singles get their very own billboard dating ad for two weeks from next Monday, February 26.

Dublin Gazette caught up with Graham and Nathan, who told us why they decided it was time to flex their matchmaking muscles and shake up the dating scene for Dubliners.
Graham said:

“It all started a couple of weeks ago. Nathan has a friend and we call him ‘Rusty Rupert’ to hide his identity because he doesn’t want us talking about him on the radio.

“Well, Rusty was out of the dating game for about two years. He got back into it and went on a date and it didn’t go too well at all.

“He didn’t really like the whole online dating thing, and he was just talking to Nathan about it, so we brought it onto the show and we said to ourselves, ‘We would love to find a new way for Rusty Rupert and people like him to find love, a new way that didn’t involve dating apps or having to go up to someone in public’. So, we decided to set up billboards around Dublin!”

It’s been a huge success so far, and the lads told Dublin Gazette the four singles are being revealed on air this week on Fully Charged.

Nathan added: “More than 350 people applied for this and we managed to whittle it down to just four people. They’re all different sort of people, in age and sexual orientation, and we’re very happy.”

Graham and Nathan feel it is time for something new, and the ‘Cupids of Dublin’ are hoping to spice up the Dublin dating scene:

Nathan said: “I think some people think that, in Ireland, we’re quite conservative in terms of dating.

“If you go to America, I know a lot of my friends would say, ‘Oh my God, it’s so easy to get a date’; you can literally ask someone out at the supermarket.

“But if you went up to someone on Grafton Street, I’d be scared that they’d call the gardai or spray you with pepper spray! I had to learn that the hard way; my eyes are extremely sensitive!” he joked.

Billboard
Nathan added: “Could you imagine if a grandfather was surrounded by his grandchildren and they asked, ‘Hey grandad, where did you meet granny?’ ‘Well I met her on a billboard’. That’s my vision!”

Lastly, Graham said: “I’m going to do my damned hardest to help these people find love because I’m a softie at heart.”

You can follow the Billboard Singles journey every morning on the Fully Charged Breakfast Show and potential daters can keep their eyes peeled for the Singes Billboards from February 26. 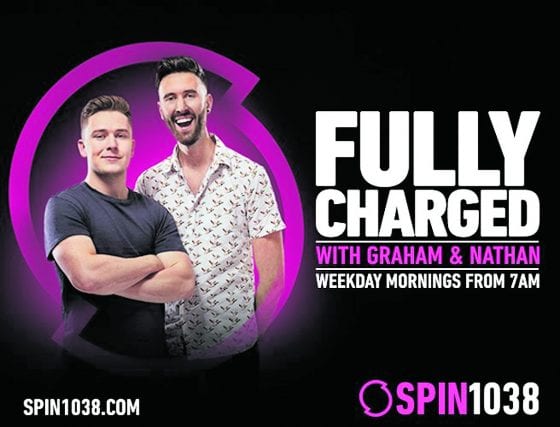 Irish premiere of Guillermo del Toro’s The Shape of Water

Bilateral Meeting between the Taoiseach and Catholic Church...

“Landlords to get more money than local...

25/10/2019
We use cookies to ensure that we give you the best experience on our website. If you continue to use this site we will assume that you are happy with it.Ok