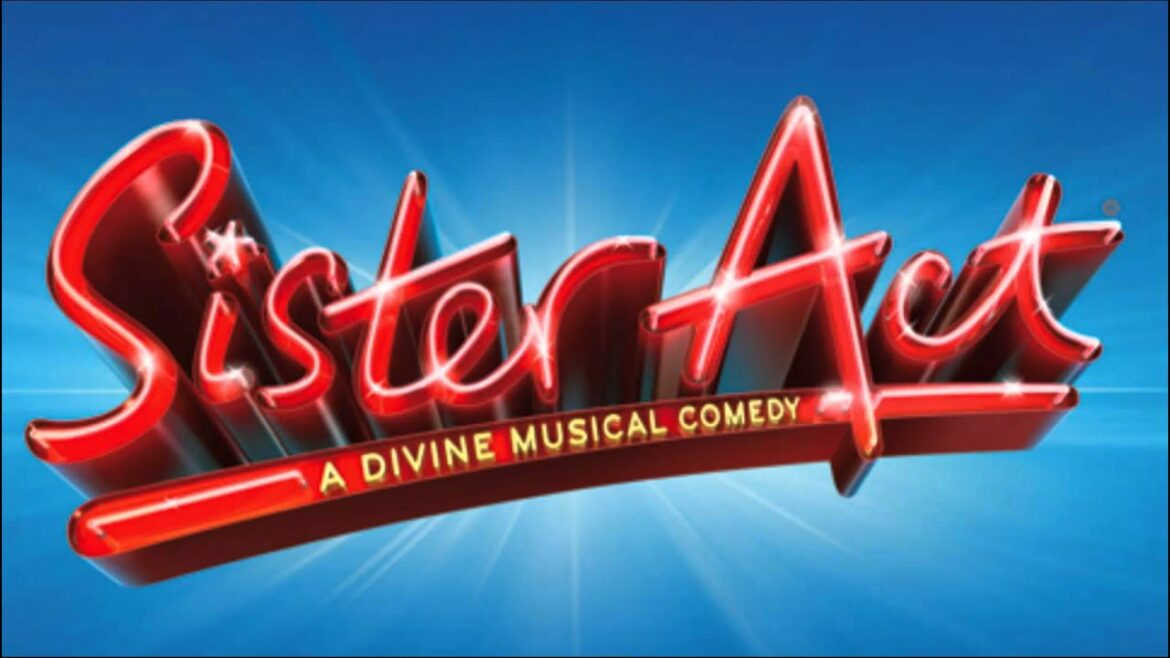 Bord Gáis Energy Theatre is ecstatic to announce that television stars Sandra Marvin and Lesley Joseph will star in the brand-new production of SISTER ACT THE MUSICAL coming to the theatre from 20 September until 1of October.

Sandra Marvin will play ‘Deloris Van Cartier’ in the UK and Ireland tour, alongside Lesley Joseph as ‘Mother Superior’, Clive Rowe as ‘Eddie Souther’ and Lizzie Bea as ‘Sister Mary Robert’. Tickets from €21.00  are on sale now.

Based on the iconic movie, this sparkling tribute to the universal power of friendship, sisterhood and music tells the hilarious story of the disco diva whose life takes a surprising turn when she witnesses a murder. Under protective custody she is hidden in the one place she won’t be found – a convent! Disguised as a nun and under the suspicious watch of Mother Superior, Deloris helps her fellow sisters find their voices as she unexpectedly rediscovers her own.

Having played ‘Jessie Grant’ in ITV’s “Emmerdale” for two years, Sandra Marvin joined the West End production of “Waitress” to play ‘Becky’, before reprising the role in 2021 and 2022 for the UK Tour of the production. Her many other West End theatre credits include most recently ‘Mrs Fezziwig/Mrs Mops’ in “A Christmas Carol” at the Dominion Theatre, “City of Angels” and “Committee” at the Donmar Warehouse, ‘Miss Motormouth Maybelle’ in “Hairspray” at the Shaftesbury Theatre, ‘Queenie’ in “Show Boat” at the New London Theatre, ‘Rose’ in “Stepping Out” at the Vaudeville Theatre, “Porgy and Bess” at the Savoy Theatre and “Ragtime” and “A Midsummer Night’s Dream” at Regent’s Park Open Air Theatre. Her other credits include “Romantics Anonymous” at Bristol Old Vic and on tour in the US and ‘Mama Morton’ in “Chicago” at Leicester Curve. In 2016 Sandra performed with Kate Bush on her 22-date sold-out “Before the Dawn” concerts and features on her live album of the same name. Sandra also sings the title track on the Grammy Award winning soundtrack for the George Clooney film, “Gravity”.

Lesley Joseph is best known for playing ‘Dorien Green’ in the hugely successful sitcom “Birds of a Feather” alongside Pauline Quirke and Linda Robson. They recorded over 100 episodes over a period of nine years. Lesley and her co-stars returned to our screens in “Birds of a Feather in 2013. She has been seen on screen in ITV’s “Night and Day” and appeared on BBC One’s “Strictly Come Dancing” and most recently Channel 4’s “Celebrity Coach Trip” alongside Linda Robson. Lesley’s theatre credits include ‘Miss Hannigan’ in “Annie” at the West End’s Victoria Palace and also on national tour, and her Olivier Award nominated performance as ‘Frau Blucher’ in “Young Frankenstein”. Her other touring credits include “Calendar Girls” and “Hot Flush!”.

Clive Rowe won the Olivier award for Best Supporting Actor in a Musical for “Guys and Dolls” at The National Theatre and was also nominated for Best Supporting Performance in “Carousel”,also at The National Theatre. At 2009’s Oliviers, he was nominated for the Outstanding Achievement in an Affiliate Theatre award for “Mother Goose” at Hackney Empire. His many West End and touring credits include “Ladykillers” at the Gielgud Theatre, “Chicago”at the Adelphi Theatre, “Sweet Charity”at the Donmar Warehouse, the UK tour of “The Wind in The Willows” and “Me and My Girl”at Chichester Festival Theatre.

Lizzie Bea is currently starring as ‘Martha Dunnstock’ in “Heathers The Musical” at The Other Palace. She recently received critical and audience acclaim for her portrayal of ‘Tracy Turnblad’ in “Hairspray” at the London Coliseum. Her other theatre credits include ‘Abigail’ in the World Premiere of “Becoming Nancy” at the Alliance Theatre, Atlanta and performing in the UK Tours of “Kinky Boots”, “Fat Friends the Musical”, “Chicken Little”, “The Shakespeare Revue” and “The 3 Little Pigs”.

Based on the iconic movie, this sparkling tribute to the universal power of friendship, sisterhood and music tells the hilarious story of the disco diva whose life takes a surprising turn when she witnesses a murder. Under protective custody she is hidden in the one place she won’t be found – a convent! Disguised as a nun and under the suspicious watch of Mother Superior, Deloris helps her fellow sisters find their voices as she unexpectedly rediscovers her own.