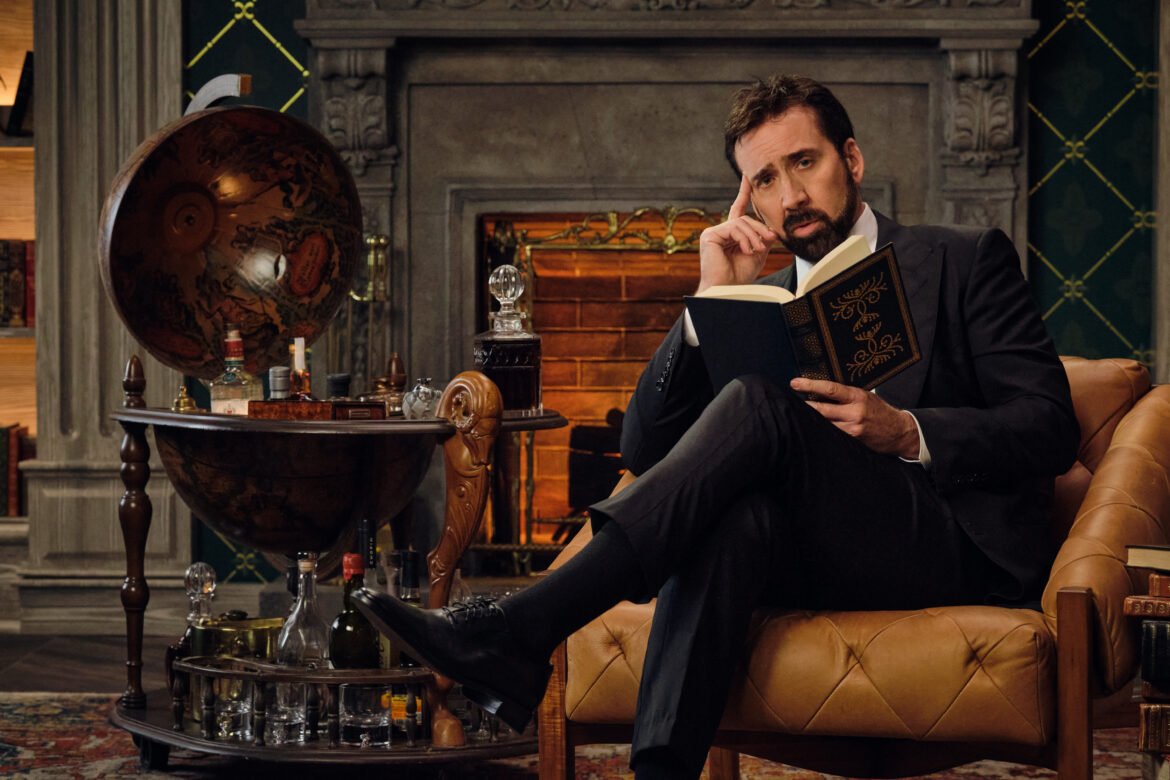 A new month – and a new year! – brings with it more Netflix content for our viewing pleasure.

January sees the return of some beloved series, including Cobra Kai and Riverdale, and the introduction of new shows on the streaming platform.

Documentaries are going to make a splash on Netflix this month too, as well as some great original film on the platform as well.

Keep reading to see if any of Netflix’s new original content piques your interest for those cold January nights!

Cobra Kai: Season 3
COBRA KAI takes place over 30 years after the events of the 1984 All Valley Karate Tournament with the continuation of the inescapable conflict between Daniel LaRusso (Ralph Macchio) and Johnny Lawrence (William Zabka). Season Three finds everyone reeling in the aftermath of the violent high school brawl between their dojos, which has left Miguel in a precarious condition. The soul of the Valley is at stake, and the fate of every student and sensei hangs in the balance.

The Circle
Status and strategy collide in this social experiment and competition show where online players flirt, befriend and catfish their way toward $100,000.

Headspace Guide to Meditation
Take a deep breath and start the new year by being kind to your mind with the new Netflix original series Headspace Guide to Meditation. Over the course of eight animated episodes, Andy Puddicombe—former Buddhist monk and co-founder of the globally beloved Headspace meditation app—takes viewers through the benefits and science behind meditation. Each 20-minute episode showcases a different mindfulness technique that aids in the practice of meditation—focusing on subjects such as stress, sleep, and letting go—and ends with a guided meditation at the finale of every chapter.

Dream Home Makeover: Season 2
Shea and Syd McGee keep the dream alive for families in search of stylish spaces, whether it’s a comfy cabin or a manor sporting NBA-worthy hoops.

History of Swear Words
An education in expletives: the history lesson you didn’t know you needed. History of Swear Words, hosted by Nicolas Cage, is a loud and proudly profane series that explores the origins, pop culture-usage, science and cultural impact of curse words. Through interviews with experts in etymology, pop culture, historians and entertainers, the six-episode series dives into the origins of some less than savoury words.

Inside the World’s Toughest Prisons: Season 5
Raphael Rowe, who spent years in prison for a crime he didn’t commit, volunteers to go behind bars in the Philippines, Greenland and South Africa.

The Netflix Afterparty
The Netflix Afterparty is a first-of-its-kind weekly comedy panel show where comedians, casts, and creators come to chat about the buzziest shows and films. Hosts David Spade, Fortune Feimster, and London Hughes will also be joined by a different Netflix comedian to round out the panel.

Lupin
Inspired by the adventures of Arsène Lupin, gentleman thief Assane Diop sets out to avenge his father for an injustice inflicted by a wealthy family.

Bling Empire
Bling Empire follows a wildly wealthy group of Asian and Asian American friends (and frenemies) in Los Angeles. While their days and nights are filled with fabulous parties and expensive shopping sprees, don’t let the glitz and glamour fool you.

Disenchantment: Part 3
Bean must step up her princess game amid royal plots, deepening mysteries, King Zøg’s increasing instability and concerns about who will rule Dreamland.

Love (ft. Marriage and Divorce)
Everything comes unravelling for three successful women who work on a radio show as twists, turns and troubles plague their seemingly happy marriages.

Bonding: Season 2
Totally broke and banned from every dungeon in New York City, best friends Tiff and Pete work to rebuild their reputations in the bondage community.

Spycraft
This is a look at the gadgetry behind some of history’s greatest stories of espionage, the minds that invented them and the agents that used them.

Busted!: Season 3
In the third season of this hybrid reality-scripted variety show, celebrity sleuths take a stab at solving smaller crimes that lead to a larger mystery.

Fate: The Winx Saga
Filmed in Ireland, FATE: THE WINX SAGA follows the coming-of-age journey of five fairies attending Alfea, a magical boarding school in the Otherworld where they must learn to master their magical powers while navigating love, rivalries, and the monsters that threaten their very existence.

Blown Away: Season 2
The hot shop is open! A new batch of glass-blowing artists from around the world battle the heat, the clock and each other in 10 dynamic challenges.

50M2
After betraying his bosses, a hitman hides out in a vacant tailor shop, where he’s mistaken for the late owner’s son, an identity he decides to embrace.

Riverdale: Season 5
Archie and the gang are back for another season of this teen drama.

Snowpiercer: Season 2
It’s another season of the post-apocalyptic drama in which Earth has frozen over and the last surviving humans live on a giant train circling the globe.

Pieces of a Woman
A heart-breaking home birth leaves a woman (Vanessa Kirby) grappling with the profound emotional fallout, isolated from her partner and family by a chasm of grief.

What Happened to Mr. Cha?
With the peak of his career long behind him, an actor clings to his past glory — until a sudden wake-up call forces him to face who he’s become.

Asphalt Burning (Børning 3)
When the brakes slam on his wedding, Roy accepts a challenge from a new foe to race for his runaway bride at the iconic Nürburgring track in Germany.

The Heartbreak Club
A near-bankrupt coffee shop finds new life when the owner finds love — but it doesn’t last. Then, he learns his broken heart may be just what he needed.

Outside the Wire
Set in the future, Harp (Damson Idris), a drone pilot, is sent into a deadly militarized zone where he finds himself working for Leo (Anthony Mackie), an android officer, tasked to locate a doomsday device before the insurgents do.

The Dig
When a wealthy widow (Carey Mulligan) hires an amateur archaeologist (Ralph Fiennes) to excavate burial mounds on her estate, they uncover history-changing treasure.

The White Tiger
The ambitious driver for a rich Indian family uses his wit and cunning to escape from poverty and become an entrepreneur. Based on the bestselling novel.

Penguin Bloom
Penguin Bloom tells the true story of Sam Bloom (Naomi Watts) a young mother whose world is turned upside down after a near-fatal accident leaves her unable to walk. Sam’s husband, (Andrew Lincoln), her three young boys and her mother (Jacki Weaver), are struggling to adjust to their new situation when an unlikely ally enters their world in the form of an injured baby magpie they name Penguin.

June & Kopi
After being rescued by a loving couple, a stray dog must learn how to trust and accept her new family.

Finding ‘Ohana
A summer in rural Oahu takes an exciting turn for two Brooklyn-raised siblings when a journal pointing to long-lost treasure sets them on an epic adventure with new friends, and leads them to reconnect with their Hawaiian heritage.

The Minimalists: Less Is Now
They’ve built a movement out of minimalism. Longtime friends Joshua Fields Millburn and Ryan Nicodemus share how our lives can be better with less.

Tony Parker: The Final Shot
This documentary examines the background and career of Tony Parker, whose determination led him to become one of the greatest French basketball players.

Surviving Death
From director and executive producer, Ricki Stern (Reversing Roe, Joan Rivers: A Piece of Work), and based on best-selling author and journalist Leslie Kean’s book, Surviving Death is an in-depth investigative series exploring the possibility of an afterlife. Over six episodes, Surviving Death explores questions that have been contemplated throughout time: What does it mean to die, and is death the end of our existence?

Pretend It’s a City
Writer Fran Lebowitz discusses life in New York City as a reader, walker and incisive observer of the changes in contemporary culture and the city.

CRACK: Cocaine, Corruption & Conspiracy
A cheap, powerful drug emerges during a recession, igniting a moral panic fueled by racism. Explore the complex history of crack in the 1980s.

Night Stalker: The Hunt for a Serial Killer
Beneath the sunlit glamor of 1985 L.A. lurks a relentless serial killer, a willing acolyte of evil. Two detectives won’t rest until they catch him.

Childline answer over 720 contacts on Christmas Day and Night