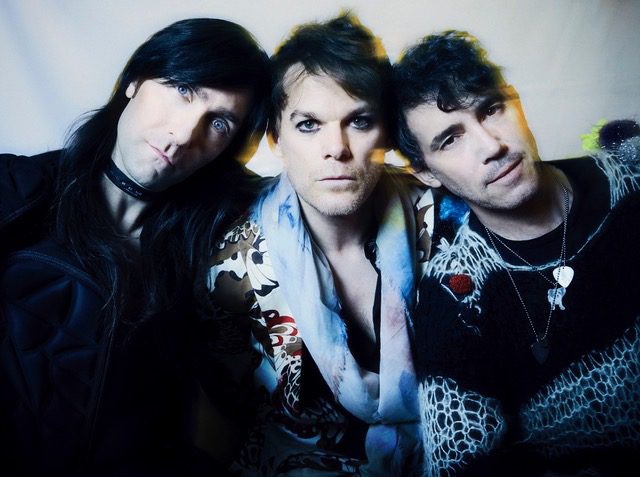 In 2014, glammed up to the nines, Dexter actor Michael C Hall took to the road in a musical called Hedwig and the Angry Inch. Hall, who plays the guitar and sings in the show, was accompanied by (amongst others) keyboardist Matt Katz-Bohen (of Blondie), and drummer Peter Yanowitz (of The Wallflowers).

The performance wasn’t a gig, as such, but the trio were part of a band, of sorts. In fact, Katz-Bohen and Yanowitz had already been jamming together for some time, and when they invited Hall, better known as an actor, to join them, things started to click. So came the unlikely birth of atmospheric rockers Princess Goes To The Butterfly Museum.

The band debuted in 2018, but are yet to tour, having been hit by covid. Ireland, in fact, will offer some very early shows outside of New York City. “I think it’s going to be great, we’re really excited to share the music,” Hall says. “Going from playing in a band but someone else’s music, to creating something on your own, is a whole new thing. There’s a sense of ownership that’s unique to this.”

“I don’t think any of us anticipated how long things would go on,” Katz-Bohen says of the band’s last show and the drawing in of covid. They finished up in New York’s iconic Mercury Lounge right as covid shutdown hit – literally the last band to play. “We were all in New York making the record, and were able to get together, we made this kind of Princess bubble,” they recall.

“We write in all kinds of ways, sometimes we’re all in the studio, and sometimes Mike was singing into his phone – we actually used tracks from singing into the phone on the record. We tried to keep it fresh.”

“I was sort of able to trick myself into this because we were just having fun,” Hall says. “Only after we had written several songs did we realise we might be a band. Thankfully, I was very welcomed, and to collaborate with these two in a way that I might not have felt as entitled to if they hadn’t been such welcoming, cool guys. I think we just collectively had a feeling that something was emerging through the collaboration of the three of us. I’m not sure any of us can explain it”

“The lyrics were a big revelation to us,” Yanowitz says. “As a songwriter for many years, I feel like that’s the hardest and most elusive part. When the words started flowing out, I really didn’t know where it was coming from. I think for MIke, it was a sort of outpouring of words, a certain energy. We’re still playing with that, and it was an incredible revelation.”

“At first we tried to avoid guitars a little bit to see what we could do, but they kind of made their way into the EP and the album. We took away the limits, we just felt things had to fit what we call ‘The Museum’.”

“We try not to codify or limit what ‘The Museum’ is, but it’s something we intuitively sort of know, it might change, we might wake up and it will have a new wing. I think the name, in simple terms, is something that feels like the music, that it feels like our music lives within the name, and we can forever add things to that.”

“Inevitably,” Hall says, “things like Dexter and the music cross over a little, especially now when they happen to coincide. But this definitely isn’t some way outside the box publicity tour for Dexter. It’s its own thing, but inevitably there’s some overlap in what some people might take away.”

Princess Goes To The Butterfly Museum plays The Workman’s Club on December 8.

What Irish abroad miss most at Christmas time