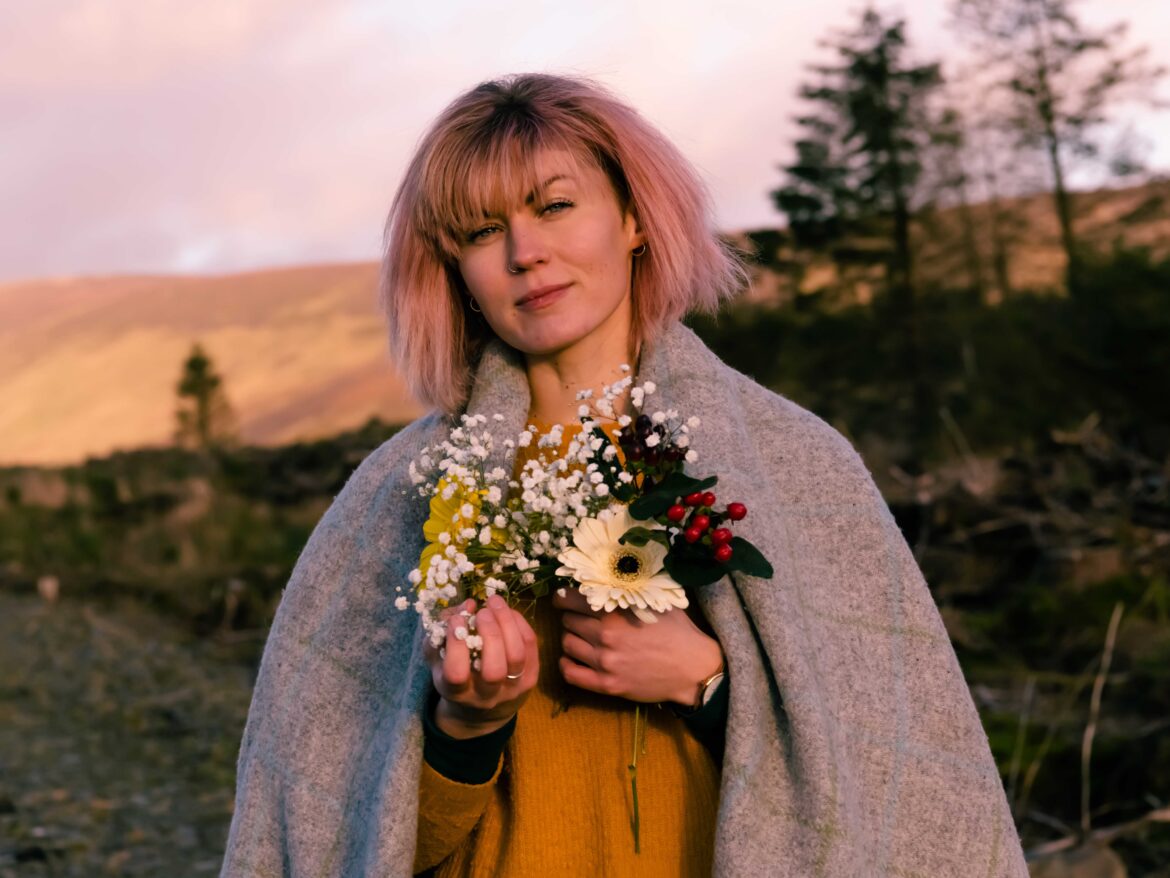 As she releases her second album ‘Getting Comfortable With Uncertainty’, Megan O’Neill is drawing on both the experience of a rural Leinster upbringing, and a different kind of life – periods living and working in Nashville, and London. She’s marked, widely, as a rising star of a gorgeous Irish folk scene.

Her new album, though, is the result of a revision of her sound.

“I wanted to branch into different sounds for a while,” she says, “and pre-covid I’d been probably a little bit scared to do so. I think during covid we all had this time to sit down and think about our lives, and I thought a lot about sonics, and where I want to go. One of the great things about songwriting is once you’ve got the bones of a song you can do a lot with the production, and that changes where it goes and how it’s perceived.”

“For me the bones of the song are still the same, the lyrics and the story are always the most important part. I need to be able to strip the song back and play it on acoustic guitar and piano, and then it goes from there.”

Part of that sound, in this case, comes from coming home.

“I lived in London and Nashville and I kind of convinced myself I was a city girl,” she says, “but the reality is I am definitely not. I like open space, and being able to go for walks and take time in nature, and that’s where my best ideas come,” she explains of her relocation to the heart of rural Ireland to focus on her music.

“Nashville crept into my music for a while, and I suppose it still does in my approach to songwriting, my structure and my lyrics. I grew up obsessed with Americana and folk, country music, and so on. That’s why I wanted to be there in the first place. My style has grown a lot since then.”

“It gave me perspective on where I’m from. I grew up in a really tiny village and I couldn’t wait to get out and explore, and see what the world had to offer, but the more time I spent away, the more I missed being there. Even when I’m away, the minute the plane lands back at Dublin airport I breathe a little easier.”

One of O’Neill’s biggest fans, in an unlikely series of events, is Olivia Newton John. The famed actress and singer has tweeted about O’Neill on several occasions, with the link dating back to, of all places, Newbridge.

“She’s such a gem,” she laughs. “She was auctioning off a lot of Grease memorabilia in Newbridge Silverware, and she came to the local pub where I’m from, and I was in there playing music with a couple of friends. It was the right place, right time.”

“I’d been big into musical threatre as a teeanger, I even played Sandy in Grease, so I’d have watched it a lot of times. We got chatting, and a couple of people who were in there said I should play my song ‘Ireland’. She videoed it and put it up on her socials, and there’s been that connection since. We keep in touch. She’s  a great inspiration, and gorgeous inside and out.”

As for the album… “Getting to the point of putting something out is a victory, The beautiful thing is it takes on a really different life once it’s out,” O’Neill says. “People can create their own story around the song. To me, the song might be about something, but to someone else, it’s about something different. I love that. I’ve heard some mad interpretations.”

‘Getting Comfortable With Uncertainty’ by Megan O’Neill is out now.

Escooters to be an established fixture in Dublin by next year