GHOST: The Story of a Breathtaking Piece of Metal Theatre 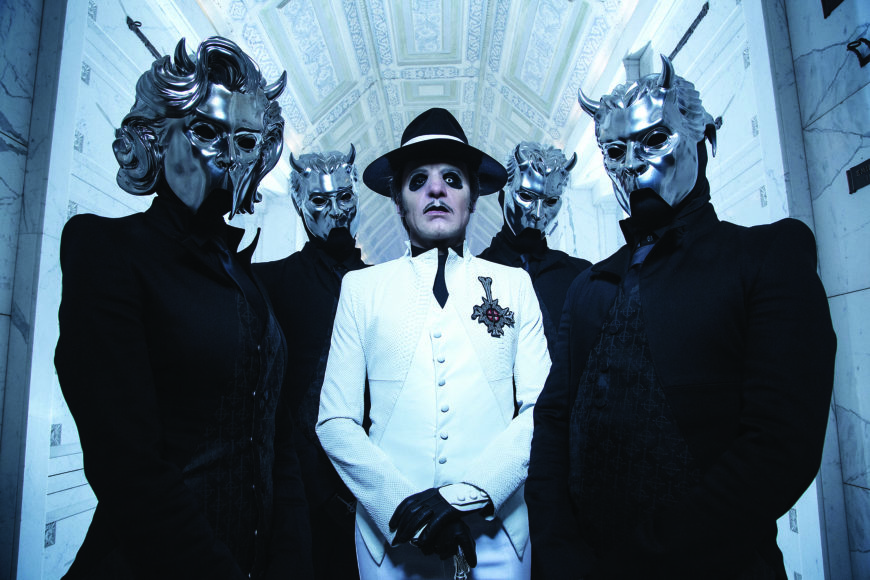 Tobias Forge is, surprisingly, a somewhat shy and considered character. He’s a man who never really intended to front a major rock band, and yet here he is.

His outlet, Swedish rockers ‘Ghost’, are something of a unique offering: an evolving, theatrical touring act with subtle changing narratives, rotating fictional frontmen, and a ‘plot’ that not long ago would have risked the ire of an Irish audience.

“This cycle is closing in on its end date,” Forge tells us of Ghost’s latest outings in a rare interview. He’s referring to the evolving characters he’s played over the course of Ghost’s life so far; the roles of three different popes, and now, more recently, his latest persona ‘Cardinal Copia’.

“You need to be flexible in how you think about the cardinal on the next album. There’s not going to be a Cardinal Copia, but that doesn’t mean he’ll be gone,” Forge expands.

Ghost, understandably, can be a confusing and surreal narrative to outsiders. For many years, Forge didn’t appear outside of his various masked roles, until last year, in the middle of a televised interview, he simply took the mask off.

Since, he’s become a little more open, explaining how he had only really intended to write what’s become an epic rock opera, rather than star in it.

His band rotates around him, still masked and semi-anonymous, and what they produce is a conceptual mix of a metal show, a pyrotechnics display, and the ultimate expression of a concept album.

“My mother was always very cultural when I was a kid. We never had much money, but the money we did have, we spent on culture. I remember when I was about 13, I went to London. She would follow me to Camden, to all these stores, but she’d make me go to the Tate Modern, too.”

“That was a real blessing for me. I’m not really a fan of musicals, and it might sound strange, but one of the biggest influences on Ghost is Andrew Lloyd Webber, who is mindblowing to me. All his musicals had these big hits.

“In my head, I still believe I’m a guitar player, really,” he continues. Maybe that will happen in another life. I’d put myself more in the role of Keith Richards or John Frusciante.

“I guess I was worried that if I put someone else at the head of Ghost, the project would fail. I thought they’d always see it as my project and it wouldn’t last, so I ended up doing it myself.”

The end result has been controversial at times, not least for its religious content, but also for butting up against what many metal fans would see as the more traditional aspects of their scene. “I’m not perfect,” Forge laughs, “but I’ve lived my life wanting to be a touring musician, so this is what being in a band was always all about. I know I can’t please everyone.”

As for playing religious characters in Ireland? “I’m aware of the tribulations, of course,” Forge says of his Catholic reference points.

“We go to many countries that are not as secular as mine. I’m not really interested in the confrontation dynamic of that. It’s not my intention to go about preaching to people who believe homosexuality is wrong, or something like that. I’m here for the people who already understand what we’re trying to do. I’m here to entertain.”

Megan O’Neill: “walks and nature… that’s where my...