CheryM: “If guitar music was dead five years ago, it’s sure as hell not now” 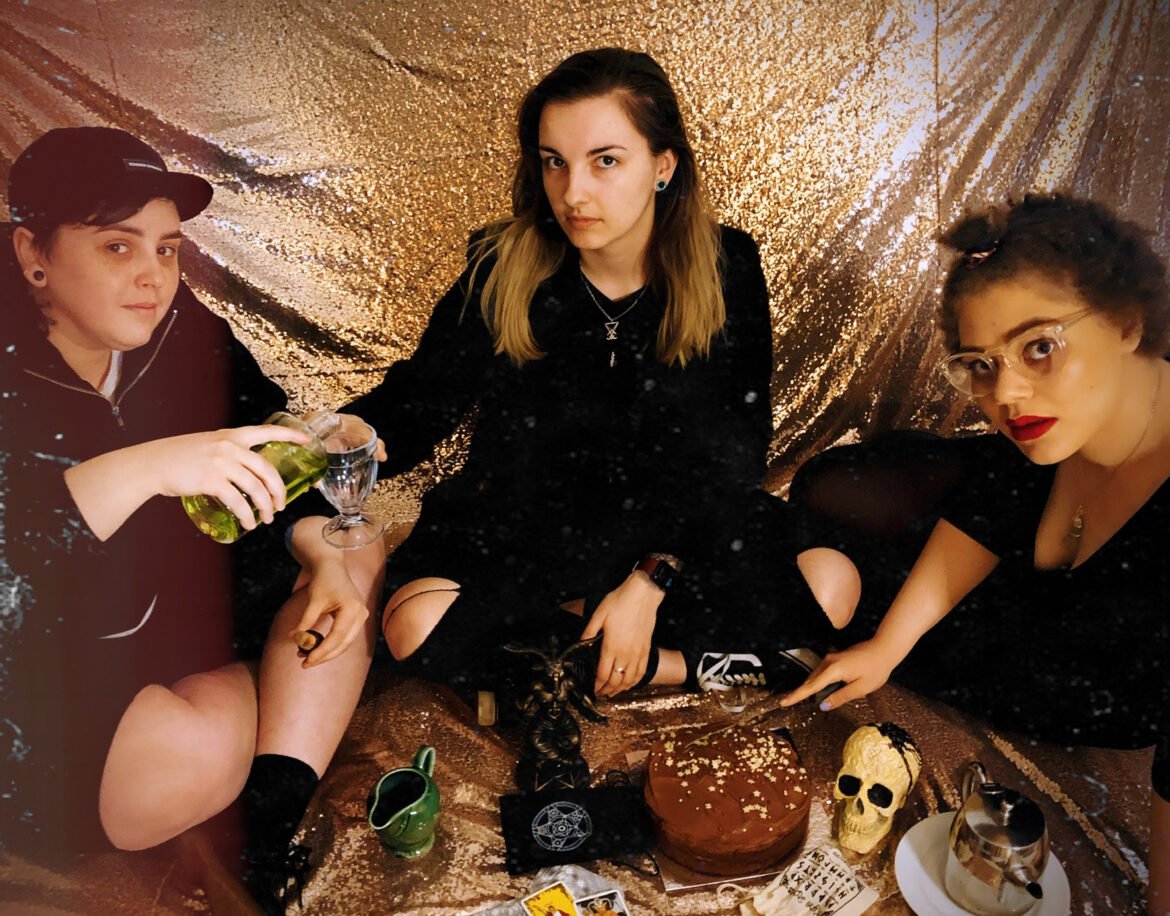 Pop-punkers CheryM – pronounced Chair M – are a vibrant, fun-loving guitar band from Derry, one that documents life, love and frustrations, and accentuate their music with a real love of professional-looking, film-like videos.

They jokingly call themselves the original Derry Girls.

“We literally write songs about our friends, we write songs about being in love, falling out of love, shitty experiences from school and how to overcome them, bullies, working shit jobs… we write about what inspires us and our experiences so far in this life so yeah I guess they’re all just from our perspective,” Richardson says of the band’s output so far.

The latest single, in fact, is a nod to a Netflix show the band particularly like, and hones in two particular characters.

“The idea behind ‘Listening To My Head’ was based around Betty and John Broderick from the Netflix series Dirty John season 2, as I became a bit obsessed with it over lockdown and soon decided Betty needed her own anthem,” Richardson says.

“The story goes that Betty and Dan Broderick are a very wealthy family living in California. Betty has supported Dan the whole way through his law degree, financially supported him and basically been there for him when nobody else was. Dan then decides to have an affair, runs off with his secretary, takes all the family money, the kids and the house and leaves Betty with nothing. She then plots and succeeds in killing Dan and his mistress. ‘Listening to My Head’ is written from her perspective. And no we do not condone murder!”

With their witty, colourful approach, CheryM quickly drew the attention of cult UK label Alcopop Records, but they’re going to take their musical journey at their own pace, to ensure they’re well placed when it finally comes to a debut full-length release.

“There was a bit of chat back and forth between us and Jack (from the label Alcopop) and when we were recording in Birmingham in October last year he came up to listen to the new songs, and have a chat about a potential signing, and we were so buzzed about it.” Richardson recalls. “We signed in February of this year and ever since it’s been amazing to have them on board with us, they’ve really been a crucial part in our journey as musicians ever since working with them.”

“I think sometimes things get pretty fast paced in the music industry and before you know it you’re already writing for a potential album. There is an element of making sure it’s the right time, building your platform, having a fan base and all that, but at the same time, releasing a debut album is how most people end up on the map. There definitely is a lot of planning behind it, making sure everything is going to go smoothly and make it as enticing and exciting as possible.”

The possibilities are growing, too, alongside the strength of the scene. “If guitar music was dead five years ago, it’s sure as hell not dead now,” Richardson says. “Guitar music and punk in general is making a resurgence, we’re looking at artists like Beabadoobee, Fontaine’s DC, Olivia Rodrigo, and Willow Smith starting to make the mainstream news and it’s the reassurance that we’ve all needed for a while to confirm that rock and punk are most definitely not dead.”

As for the future, CheryM’s hopes range from the all conquering to the more straightforward. “To take over the world. To keep creating a safe place for anyone and everyone. Maybe to make a bit of money along the way,” Richardson laughs.

CheryM single ‘Listening To My Head’ is out now, with EP ‘Hey Tori’ to follow in October.

Opel Mokka-e stands out from the Crowd