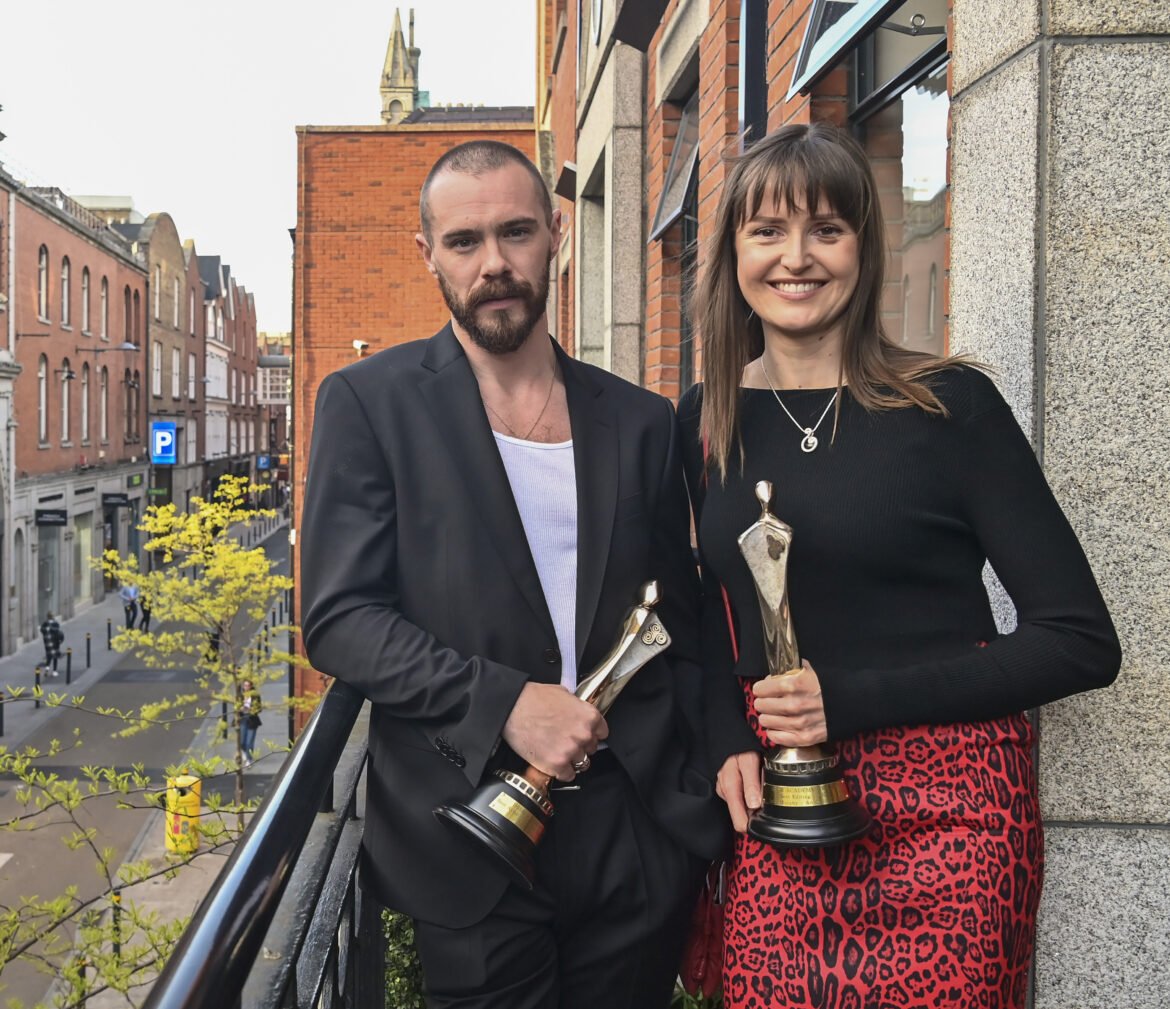 The winners of the 2022 IFTA Film & Drama Awards received their Statuettes at the Westbury as the recipients were joined by industry peers across the Irish screen industry including Actors, Directors, Writers, Producers, and Craftspeople to mark the great success of the sector.

Also present were a some of Ireland’s leading film and TV Talent such as Academy stalwart Fionnula Flanagan, actors Peter Coonan, Hazel Doupe, Jordanne Jones, Alex Murphy, and more, as well as Chair of Screen Ireland Susan Bergin and other government and industry reps, who joined in in celebrating the achievements of the industry.

Though 2021 turned out to be a record-breaking year for the Irish screen industries with a record-breaking spend of €500 million in the Irish economy across film, TV drama, documentary and animation production in Ireland, those within Irish Film & Television have had to work incredibly hard to adapt to new covid procedures, virtual production systems, and remote working protocols to deliver amazing Film and TV Drama.

Gar O’Brien, Head of Film and Television at IFTA said: “It’s so wonderful to finally be able to welcome these amazing artists together to recognise their achievements and the beautiful work they create. This intimate gathering is just the first in terms of the Academy bringing the industry together following the hardships of Covid, and as we gear up for the 20th Anniversary of the Academy in 2023, we look forward to many more nights like these and some very special events.”