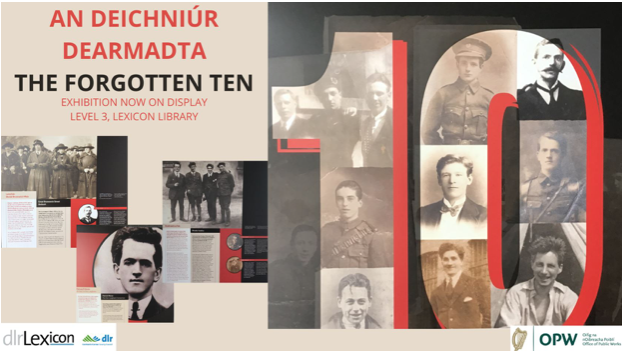 As the war progressed throughout 1920 and 1921, twenty-four men were executed in Ireland by the British Administration. Fourteen were shot by military firing squad in counties Cork and Limerick, as both counties were under martial law at the time. In Dublin, however, where martial law did not apply, ten men were hanged in Mountjoy, which was a civilian prison. This exhibition looks at these latter executions and the men who would become known as ‘The Forgotten Ten’.

The exhibition will be available to the public during LexIcon opening hours.