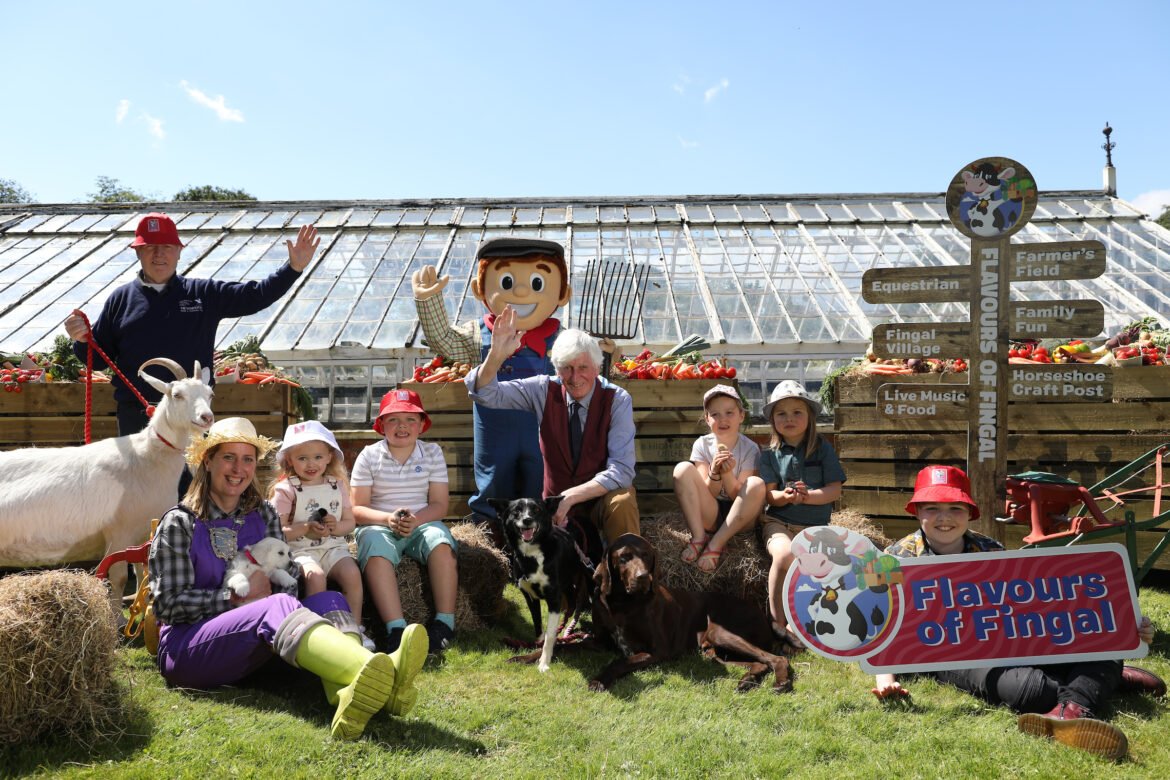 Flavours of Fingal, Ireland’s largest and most action-packed family friendly county show, has announced its line-up, and it’s bigger and better than ever! This year’s event is taking place on Saturday and Sunday (July 2-3), at the beautiful Newbridge House and Farm, Donabate, North Dublin and it promises something for everyone.

Flavours of Fingal attracts an average of 80,000 visitors each year and is the flagship summer event hosted by Fingal County Council, in conjunction with the Fingal Farmers Group and the Fingal Harriers. Renowned as an action-packed family day out, Flavours of Fingal includes FREE children’s entertainment and activities, music, food and shopping.

Speaking at the launch, Mayor of Fingal, Cllr. Seána Ó’Rodaigh said; “We’ve had a Covid enforced break for the last two years. But our dedicated Events Team never gave up. They knew we’d be back, and they’ve worked hard to create a family friendly summer event for everyone’s enjoyment.”

She continued; “Flavours of Fingal brings together city and country in a celebration of food, family and fun. And Fingal’s importance to Ireland’s food and agriculture sector is truly worth celebrating. Visitors can expect to taste local produce and see traditional and modern farming techniques, sheepdog displays, alpacas, sheep and pigs. Also, this year, Flavours of Fingal will host three qualifiers for the most prestigious show-jumping event in the country, the RDS Dublin Horse Show.”

The Farmer’s Field, hosted by the Fingal Farmers Group, will showcase the best of farm animals including cattle classes, sheepdog displays, alpacas, sheep and pigs. Traditional farming methods and techniques will be demonstrated alongside some of the most modern, state-of-the-art farm machinery. Don’t miss the noisy but charming hens, geese, and ducks or the Horticulture tent which will be full of delicious locally grown fruit and vegetables. And of course, no county show would be complete without home baking and a good cup of tea.

The Keeling’s Family Fun Zone will feature six paddocks of children’s activities including theatre and circus skills, arts and crafts, juggling, and traditional games. There is action and entertainment for children of all ages. But there’s also a quiet zone for children and families who need a little space during a busy day out. The Walled Garden and Front of House will feature music and entertainment, food, shopping and chill-out spaces.

Horse riding and show jumping are sure to be a popular attraction this year. Visit the Joe Duffy BMW Equestrian Zone, hosted by the Fingal Harriers to watch competitors in the qualifiers for the RDS Dublin Horse Show including racehorse to riding horse, ladies side saddle and intermediate side saddle. The competition will be judged by renowned showjumpers Shane McKenna, Conor Higgins, and Alice Copithorne. Whether you’re a complete novice or a life-long horse-lover, you won’t want to miss the action in the Equestrian Zone.

Mayor Ó Rodaigh added; “Sustainability really matters when it comes to large events like Flavours of Fingal. As part of our Sustainable Fingal campaign, we’re doing all we can to encourage people to use public transport, where possible.  We are delighted to offer free admission to the event for visitors who arriveon foot, by bike or on public transport. This is just a snapshot of what Flavours of Fingal has to offer. So don’t miss out. Put the date in your diary, call your family and friends and book your tickets. We’re working hard to create a fabulous, fun-filled weekend and we can’t wait to welcome you!”

In addition to free admission to the event for visitors arriving on foot or by public transport, Fingal County Council are also offering a shuttle bus option to and from Balbriggan, Skerries/Lusk, Swords and Donabate/Portrane. Places must be pre-booked on https://marathoncoaches.ie/collections/flavours-of-fingal and cost just €10 for a family ticket. If you are travelling by car, pre-book your car parking ticket on www.flavoursoffingal.ie for the best value. Early bird car tickets are priced at €15.00 or €30.00 on the day.