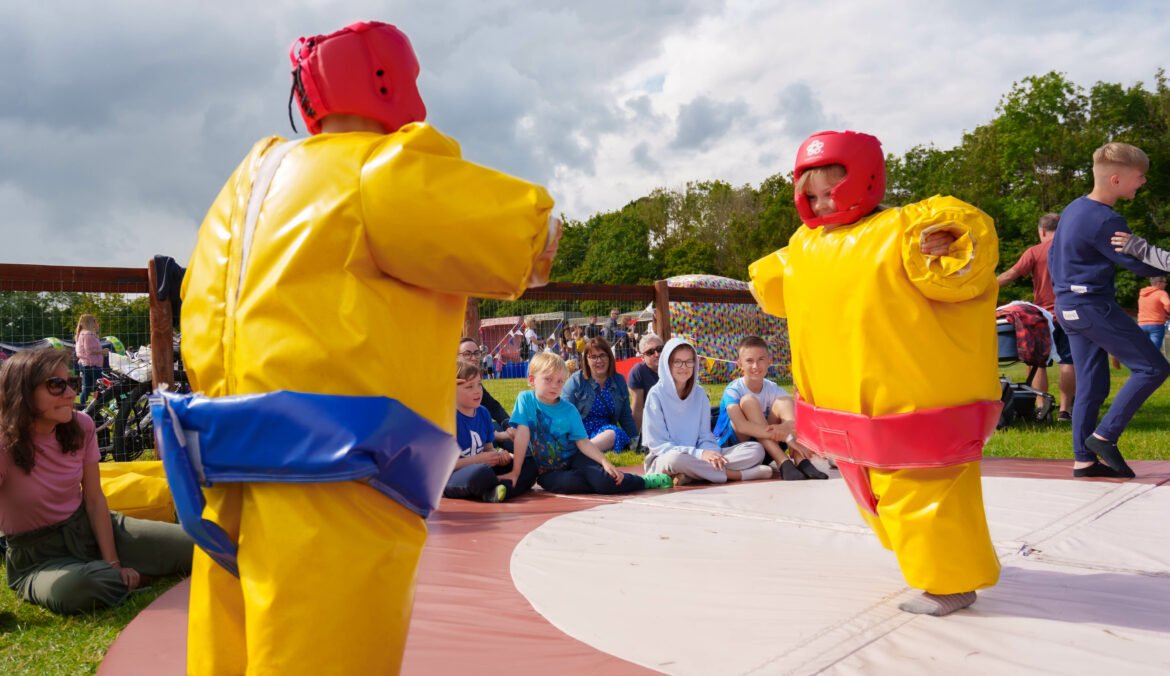 A fun filled family day where both urban and rural communities get to see the best of Irish agriculture and food.

The Flavours of Fingal County Show combines the sights and sounds of an agricultural show with an unforgettable food and family fun experience all  within the historic walled garden of Newbridge House and Farm and  Newbridge Demense.

After a two-year hiatus, an estimated 80,000 visitors made their way to Newbridge House as Flavours of Fingal kicked off the summer holidays with some great family fun.

The Farmer’s Field, hosted by the Fingal Farmers Group, showcased the best of farm animals including cattle classes, sheepdog displays, alpacas, sheep and pigs. Traditional farming methods and techniques were demonstrated alongside some of the most modern, state-of-the-art farm machinery. Noisy but charming hens, geese, and ducks entertained while the Horticulture tent which will be full of delicious locally grown fruit and vegetables. And of course, no county show would be complete without home baking and a good cup of tea.

The Keeling’s Family Fun Zone featured six paddocks of children’s activities including theatre and circus skills, arts and crafts, juggling, and traditional games. Along with music, food and shopping the walled garden behind Newbridge House hosted face painters, a mobile Library and  a Pop-up Gaeltacht.

Horse riding and show jumping were a popular attraction this year at the Joe Duffy BMW Equestrian Zone, hosted by the Fingal Harriers to watch competitors in the qualifiers for the RDS Dublin Horse Show.

Over 70 primary schools in Dublin receive awards for achievements in science, technology, engineering, and maths

Man gets five years for knife attack on his wife