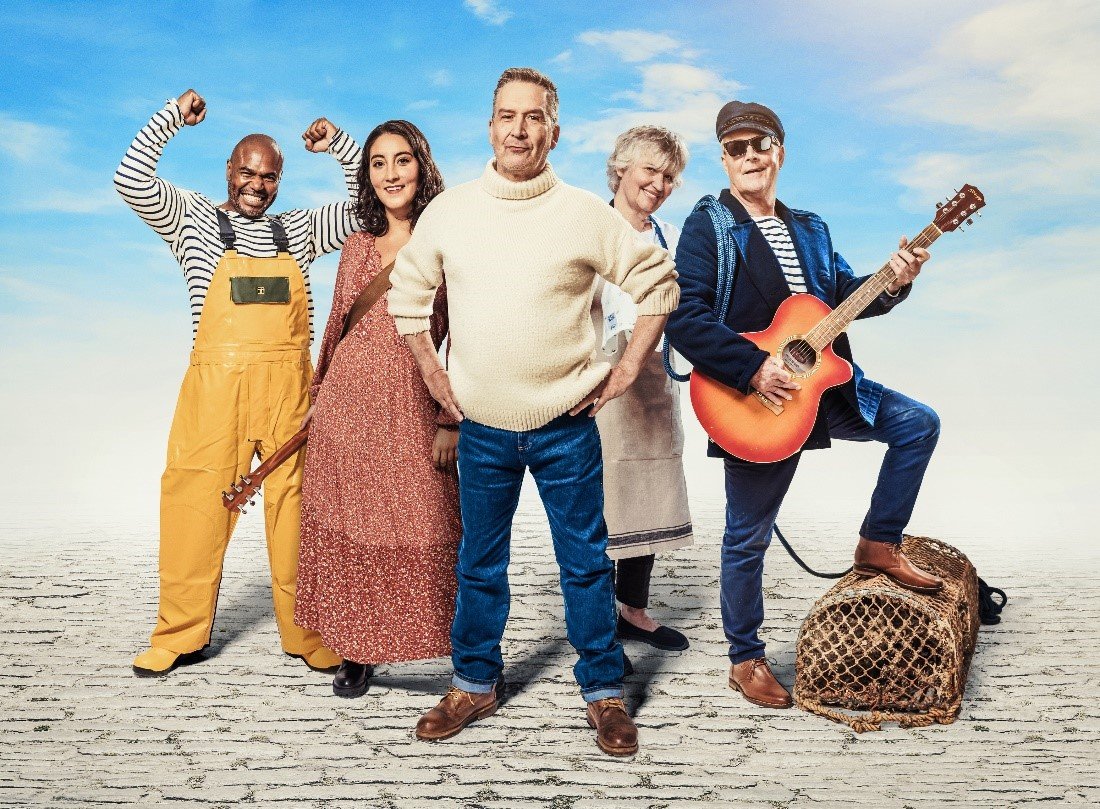 The producers of the world premiere production of FISHERMAN’S FRIENDS: THE MUSICAL are delighted to announce principal cast members and additional tour venues for the UK & Ireland Tour, setting sail from 1 September 2022 at Theatre Royal Plymouth.

Further cast to be announced.

The UK & Ireland Tour follows a highly successful, sold-out season at Hall for Cornwall, where box office records were smashed, making it the biggest selling production in Hall for Cornwall’s 25-year history. The production will also make its North American premiere in Toronto this Christmas in the Royal Alexandra Theatre.

FISHERMAN’S FRIENDS: THE MUSICAL is based on the true story of the Cornish singing sensations, Fisherman’s Friends, and the hit 2019 film about their life.  When a group of Cornish fishermen came together to sing the traditional working songs they’d sung for generations, they hoped to raise a few quid for charity.  Nobody, least of all the fishermen, expected their story to end on the Pyramid stage of Glastonbury.  Packed with sea shanties, FISHERMAN’S FRIENDS is a feelgood voyage about friendship, community and music.

Featuring hit shanties made famous by the band including Keep Haulin’, Nelson’s Blood, No Hopers Jokers & Rogues and many more.

FISHERMAN’S FRIENDS: THE MUSICAL is directed by James Grieve and written by Amanda Whittington with choreography by Matt Cole, musical direction by James Findlay, set and costume design by Lucy Osborne, musical supervision and arrangements by David White, sound design by Dan Samson, lighting design by Johanna Town and casting by Jim Arnold.

The hit 2019 FISHERMAN’S FRIENDS movie, with a screenplay by Nick Moorcroft, Meg Leonard and Piers Ashworth delighted fans across the world with the sequel film, Fisherman’s Friends: One and All, set to be released in the UK on 19 August 2022.