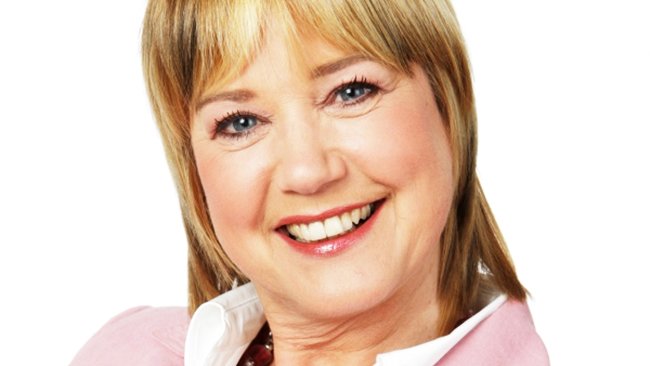 Meredith moved to the window. The canary yellow glow from the candlelight reflected in the glass. It washed the long room with a golden light.

Her husband was dead. Morpheus has bestowed a final permanent sleep thirty minutes ago. He had died holding her hand. She always held his hand. Ever since he had taken it and offered her a better life she had consistently been by his side.

She had placed a rosary in his fingers and entwined then over his nails. She wondered how long it would be before he went cold.

The candles were shimmering like the arc lights on the many film sets he had known and had been so much a part of his life she remembered the first time she had seen his expressive face.

It was in a Disney movie. She was ten. Rooney Egan was forty and in his prime. He had been in all the headlines on the day he had left Dublin Airport to fly to Hollywood.

She remembered that clearly and had kept all the cuttings. There were queues all down O’Connell Street when it premiered in Dublin. She had those cuttings too. She had gone to see it with her brother Éamon and her parents. Dad, having listened to her beseeching him day-in day-out. Had saved for weeks to treat the family to tickets. Dad bought them choc ices at the interval too. “If you practice hard at your dancing, you may get a chance to be on the same stage as Rooney Egan,” he had said before biting into the top of his own ice-cream.

Later Meredith and Éamon formed a double act, singing and dancing, and toured at home before going to Europe and the United States. It was in Sault Saint Marie in Ontario when Éamon opened his heart to his sister.

“Variety is dead,” he stated categorically. “Television is the new thing.”  Éamon left to study how to be a floor manager and Meredith came home on an Aer Lingus flight to Dublin. Her parents met her at the airport telling her about three auditions she should do.

One was for a showband, a second was for an Irish cabaret and the third was part of a variety show starring Rooney. She opted for the latter.

On the first read-through she met Rooney. “I was sorry to hear about your wife’s death,” she said offering condolences. “Thank you,” he replied, “but it frees me up to marry you.”

“That was awkward,” Meredith confided in her pal Lucy Finnegan, whom she had known since they had attended Mary Keegan’s sixpenny reel classes in Camden Street. “I didn’t want to say ‘get over yourself you’re an owl fella’.”

The girls were removing their blouses to be measured by Mrs Hemming the wardrobe mistress for the finale costume. Lucy leaned over. “Your boobs are like two fried eggs,” she said, “mine are like a bean bag. If you had what I could do without we would both be perfect!”

She laughed and immediately changed the subject.  “Gerry and the Pacemakers are in town to record an insert with Gay Byrne for the seventeen clubs. I got tickets, you want to chum me?”

“I love Gay Byrne,”  Meredith admitted. “Let’s go down George’s Street and get some new threads.”

Later that evening Meredith was alighting from the bus when she

noticed a big black car outside her home. She ran. The front door was open. She recognised the voices of her parents when she walked to the kitchen and was surprised to hear the third voice.

It belonged to Rooney.

“Come in,” her father commanded. Rooney was sitting in the chair normally occupied by her father. His camel-haired coat was over his shoulder, his bowler hat on the table and a pair of leather gloves beside. On the left hand side of him was a tray of diamond rings. “Choose a ring and promise to marry me,” he said gently. Meredith had confided in her mother.

“It’s always better if they love you more than you love them,” she said honestly. “It’s the most powerful feeling in the world.”

Back in the death room there was a knock on the door. Rooney’s solicitor and publicist had arrived.

“I am so sorry for your loss Meredith,” said Lefty who had looked after all legal affairs for as long as Meredith could remember. She allowed them to come in and pay their respects.

“I have the press release ready,” Milo, the publicist, informed her obediently. “May I have your permission to do it?”

“You get everything,” Lefty said pouring a drink of water and offering it to Meredith. “Houses, land, copyrights and the collection of vintage cars.”

Meredith remembered the first time she had heard those words. It was the night she had consented to marry Rooney.

“You get everything when I die and the last headline on that morning too; all you have to give me is your youth.” She allowed a tear to fall as she remembered him trying to convince her in his awkward way.

Had he told her he loved her she would have melted but it never occurred to him?  “On the day I die you will be in all the papers, it will be the Last Headline and you will be so proud.”

She walked to her husband’s body and kissed him full on the mouth. Shards of light began to creep in the window.

“He won’t get the headlines,” Lefty said sadly, “the Rolling Stones are in town and they have commandeered all print telly and radio.”

On the way home from the funeral Meredith asked the chauffeur to stop at a corner shop and buy the papers.

Rooney got a mention on page two. There was a small colour picture of him, in his prime, over the caption “Variety is dead.”

* Maxi  lives in Dublin and is a broadcaster, songwriter, and writer.  Her work has appeared in Qutub Minar, Poet’s Choice, The RTE Guide, In Dublin, Ireland’s Own, Little Gems and Pioneer magazine.  She has a diploma in creative writing.