‘Turn Back Time’ with Cher at Bord Gais Energy Theatre 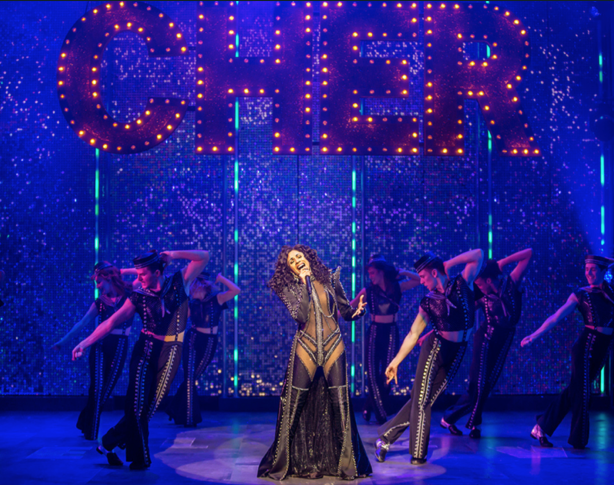 In a dazzling glitter fest sparkling with Cher’s signature wit and style, you’ll be spinning in the aisles. Packed with 35 of the superstar’s biggest hits, including ‘If I Could Turn Back Time’, ‘I Got You Babe’, ‘Strong Enough’, ‘The Shoop Shoop Song’ and ‘Believe’.

A joyous party musical celebrating independence and individuality – be inspired by the greatest influencer of our time! Cher the love and believe again!

From a young kid with big dreams, to the dizzying heights of global stardom, The Cher Show tells the incredible story of Cher’s meteoric rise to fame, flying in the face of convention at every turn.

Cher takes the audience by the hand and introduces them to the influential people in her life, from her mother, Sonny Bono, to fashion designer and costumier Bob Mackie. It shows how she battled the men who underestimated her, fought the conventions and, above all, was a trailblazer for independence.

Arlene Phillips said of directing The Cher Show, “I have been a fan of Cher since I first heard I Got You Babe in the mid-sixties and I’m so delighted  to direct her musical. I love stories about strong inspirational legends like Cher and I am proud to be joined in the creative team by two women who have already made a huge impact in their careers:
Oti Mabuse as choreographer of the many different genres in the show and Gabriella Slade for the iconic costume designs. This exciting show is  a non-stop journey of Cher’s rollercoaster life, bringing to the audience Cher’s iconic songs, glorious dance numbers, unique costumes and her epic drama. All they need to do is come along and Believe.”

A host of Irish stars stepped out at the opening night of The Cher Show at the Bord Gáis Energy Theatre in Dublin.

Written by Tony Award-winning Rick Elice, The Cher Show made its debut on Broadway in 2018 in a production that earned two Tony Awards and delighted fans from around the world.

The Cher Show continues at Dublin’s Bord Gais Energy Theatre  until Saturday the 30 of July 2022.