What to see at Dublin’s New Year Festival

It’s that time again: the year’s most anticipated night out, followed by a hungover vow to change yourself for the better, a gym owner’s favourite couple of weeks, the odd salad, and finally everything getting back to normal.

Dublin’s New Year Festival has been lighting up the city (literally) over the last few years, and has slowly expanded from mainly a big gig to a whole lot more.

This year’s stars are massive Swords band Kodaline, who will be accompanied by Keywest and Hudson Taylor in an extremely local-leaning pop-fest line up.

That core event is long since sold out, but there’s plenty of other stuff to explore, much of which is free, and spread out across December 31 and January 1.

These events include several light displays (which are free ticketed events on the Custom House – register through Ticketmaster), acrobatics, smaller concerts, flyboarding and a host of pop-up performers. 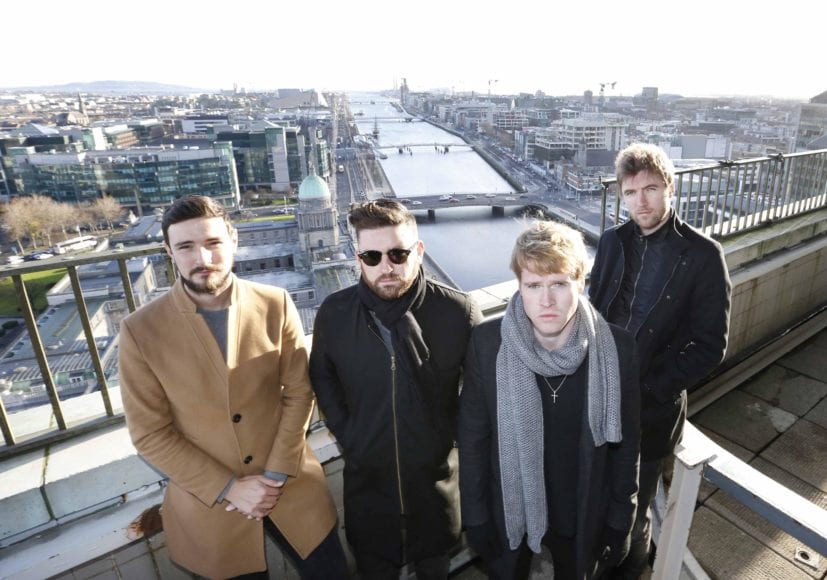 Carrying out acrobatic performances whilst hanging from oversized helium balloons seems like a wacky and potentially dangerous idea, but also a nice way to present gymnasts in a new way, against a bright background, and allow them to perform.

Heliosphere pioneered the concept. “Research, testing and practise,” were key, they say, adding “we research the science so an envelope of just the right size and which is light and strong enough to hold the helium, is used with enough ‘useful lift’ for the aerialist to fly but be manipulated from the ground safely by the crew without so much lift that they fly as well.”

“Our show consists of a big launch moment where our aerial dancer flies into the air. It is a delightful and impossible image. We then perform an aerobatic segment to music where she flies in loop-the-loops and then flies down to meet the audience.”

“[The idea] came from a desire to create the illusion of flying. We wanted to combine the talents of an acrobat, music, lights a wonderful location and some innovative design, to create a sum larger than all the parts. The venue, the event and the weather all shape the final show.

“This means that no two shows are really the same. We don’t see this as a problem but as the fun. A little piece of magic.”

You might have come across Flyboarders once or twice: they’re those crazy looking people who seem to be surfing on jet packs out of water, powered by a kind of tube mechanism attached to a jet ski as they fly over the surface.

The sport is only five years old, having come about as a result of the experiments of a French jet ski champion.

It’s quickly gained popularity, though, and will feature in the Liffey during the festival. We don’t envy them the temperature.

There’s plenty that can be done on a flyboard, even in winter. “There are numerous tricks that we can perform, back flips, 360s, supermans and dolphin dives,” they explain, “however in the winter time with the LED suits and water temperature, dolphins and underwater tricks are restricted a bit.

“There are numerous combinations that we can perform, though, and with the right atmosphere and crowd support double and triple back flips are possible.

“The River Liffey is quite wide compared to some of the canals that Flyboard Team Europe perform at, however with three flyboarders (for the first time ever in Ireland) at one time in a professional show it will make it a bit more difficult.

“It will be a challenge we all look forward to.”

As for actually riding those boards? “Sense of direction can be difficult at times, especially when performing shows and tricks. One key thing to look after is the hose, which weighs up to one tonne when full of water.

This is one the most important things as if it hits the jet ski or if you fly into it, the hose can cause serious damage or injury.

Once you have direction and your position with the hose and jet ski is ok, then generally everything else works out. We’ve had flyboarders as young as ten or as old as eighty giving it a go.”

Performing a mix of high-energy drumming and a little Irish dancing, the Hit Machine Drummers are one of the rising stars of the small-scale, interactive end of Ireland’s music scene, performing short, frantic, punchy sets.

“Members of the group have toured the world with some of the biggest names in music today,” they tells us.

“Our show involves high-quality drumming, but also incorporates Irish dancing and crowd interaction, and our main aim is to make sure the crowd enjoy themselves and to leave them wanting more.”

“We’re lucky to have some World Champion Irish dancers hidden within our drumming group. Those guys have toured the world as part of some of some of the biggest music and dance productions, like Riverdance and Lord of the Dance.

“All the members have to be very physically fit, as the show is so high energy. We know the audience feed off our energy on stage, so we always give it 100% when performing. That can be difficult to do when you’re playing three to four shows a day at a festival, but regular rehearsal and exercise give us the stamina needed.

“We love the challenge of producing new and exciting pieces with just drums as our instruments.

“We always have the audience in the back of our mind when working on new sets and we strive to create something that will not only excite and impress them, but will have them on their feet and wanting more.”

All the info you could possibly need on Dublin New Year’s Festival can be found on nyfdublin.com

Jafaris: “Whatever I put into music, I find...

James Hendicott: The impact of politics on the...

Come On Live Long return with a...

Lacuna Coil – giving it all amid...

07/11/2019
We use cookies to ensure that we give you the best experience on our website. If you continue to use this site we will assume that you are happy with it.Ok