Lacuna Coil – giving it all amid the curveballs 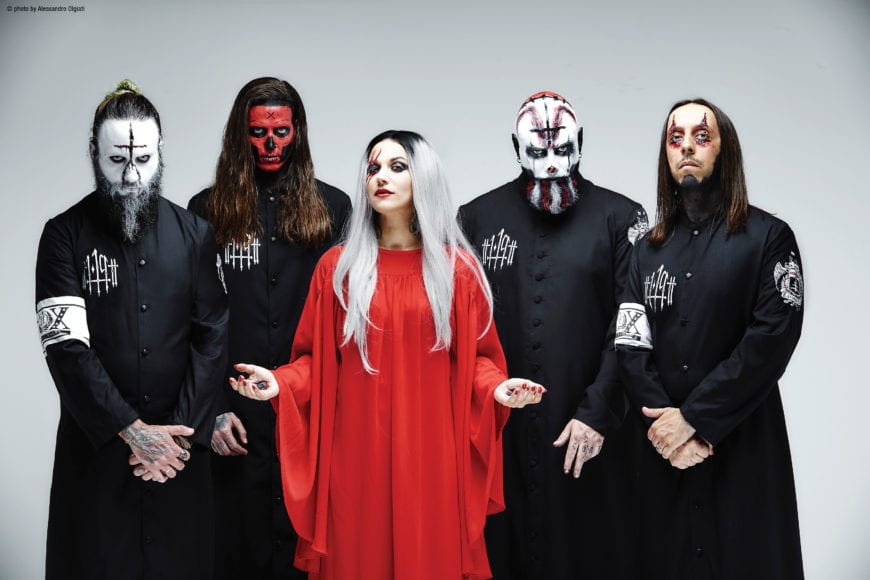 Italian metal band Lacuna Coil – meaning empty spiral – are a bit of a temple in a rare realm.

A heavy but melodic act known for their theatrical stage performances, they come from a corner of the world little-known for its metal, yet they’ve topped two million worldwide album sales, and tour the globe relentlessly.

Their themes might draw on gothic influences and blistering, pounding guitars, but they also touch on some of the tougher, emotional aspects of life, as Andrea Ferro, one half of their sharp vocal duo, tells me.

“We’ve been mostly exploring the human sphere in our albums and probably the strongest concept we have is that life isn’t perfect, and very often throws curveballs at you.

“You have to make the best out of it, you have to accept dark times in order to overcome it and make it better. It’s ok not to be ok all the time,” he says.

Coming from that relatively isolated corner, at least from their genre’s perspective, has helped Lacuna Coil develop, though Ferro is modest enough to put their success down, at least in part, to coincidence.

“We are still one of the few metal bands out of Italy to have had an impact on the international rock/metal scene,” he says.

“I think that our label at the time was sort of ‘collecting’ metal bands with a strong identity from all over Europe and they wanted to get one from Italy too, so we were presenting the right thing at the right time from the right place I guess.

“Probably being Italian has helped us having a more personal approach to the genre.”
Latest single, Reckless, very much deals with pushing back against modern society, an obvious source of the Italian’s frustrations.

“It feels great, the song it’s really a call for freedom, liberate your mind and just go for it,” Ferro explains.

“Do what you feel. There are way too many pressures in our society, too much pre-cooked overly worried politically correct nonsense.

“The song is an invitation to be yourself and feel alive but also to think outside the box, it’s ok not to fit in all the time.”

When it comes to thinking outside the box, Lacuna Coil certainly do it with their live show, which has become renowned for its costumes and theatrics.

“In our world, music and visuals go hand in hand and the costumes and makeup are an important part of it.

“It’s like seeing a theatrical play without the costumes, it’s not the same.

“Not every band needs to have this, but for us it makes the show way more complete.

“We usually start to imagine the costumes for the live show when we work on the basic concept behind the album, it takes time to find the right thing and you have to think about it in advance.

“We spend a lot of time on the road and far away from our families and friends, we are willing to sacrifice this but it has to be worth it, we are not going to settle for an average show.”

As for playing in Dublin? “There’s going to be head banging, screaming, jumping, singing along,” Ferro says.

“It’s going to be a fun show with some Lacuna Coil classics, and some new tunes plus a really good touring package.”

Bring on the noise.