Angela’s Ashes The Musical. Sneak peek behind the scenes & review!

Jacinta Whyte (Angela) and the cast of Angela’s Ashes The Musical pictured during rehearsals  prior to the world premiere of the production of Angela’s Ashes THE MUSICAL which comes to The Bord Gáis Energy Theatre from the 18th July for a strictly limited two week run. 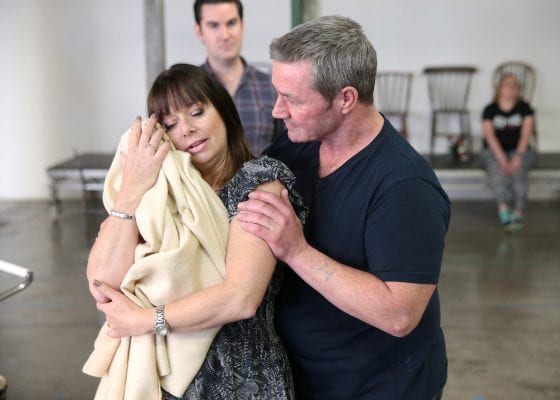 The cast and creative team have opened their doors, providing a unique opportunity to discover first-hand, how the musical has been created and will be brought to life in what has become one of the most anticipated theatre events in years.

West End star Jacinta Whyte will return home to take on the role of Angela. Dublin born Jacinta Whyte has made her mark on the international stage performing in some of the biggest musicals of all time including, Les Miserables, Blood Brothers and Miss Saigon. From the moment Jacinta walked onto the stage as a child in the title role of Annie in the original production in London’s West End, it was clear that a musical star had been born. 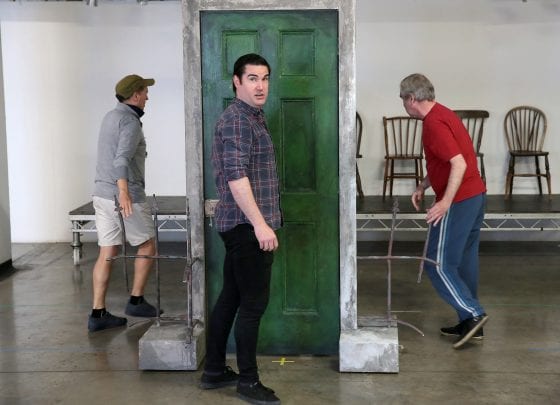 Pat Moylan Productions presents the world premiere of Angela’s Ashes THE MUSICAL, an uplifting story of hope, fortitude and family. Directed by Thom Sutherland, with music and lyrics by Adam Howell and book by Paul Hurt, the production is based on the Pulitzer prize-winning book by Frank McCourt.

Described by The New York Times as a “stunning memoir”, back in 1996 the publication of Frank McCourt’s ANGELA’S ASHES caused a literary sensation. The book climbed quickly to the top of that newspaper’s Bestseller lists and remained there for nearly three years selling 4 million copies in hardback alone. 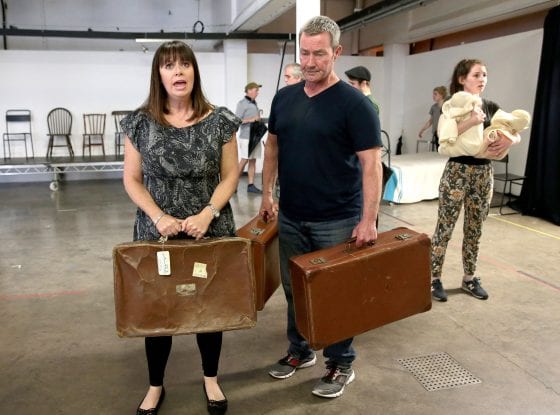 Since then, the book has sold over 10 million copies worldwide and become a phenomenon continuing to attract a global readership. Angela’s Ashes won multiple accolades including the Pulitzer Prize and the National Book Critics’ Circle Award, was listed in The Guardian as one of the top 50 best-selling books of all time and has been translated into 126 languages. 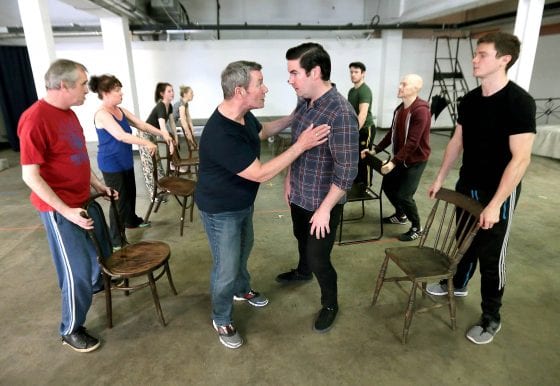 Tickets for ANGELA’S ASHES – THE MUSICAL are on sale now.  For more see www.bordgaisenergytheatre.ie

Irish pride was in abundance in The Bord Gais Energy Theatre last night as we reviewed the All Irish production of Frank McCourt’s Angela’s Ashes. The rousing standing ovation the cast received was very well deserved. 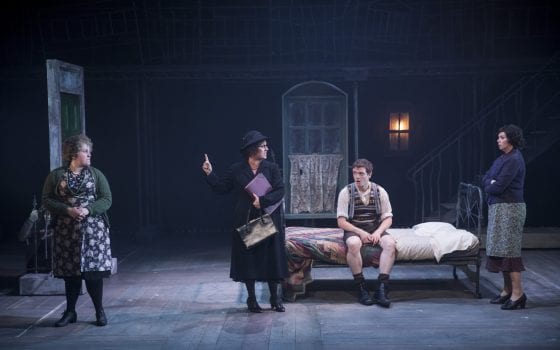 Starring Jacinta Whyte as Angela, what a power house of a performer! Her diction was crystal clear as she portrayed the impoverished and bereft mother to Frank, her grief at losing her babies was palpable and her love for her remaining children was as real as any Irish mother. 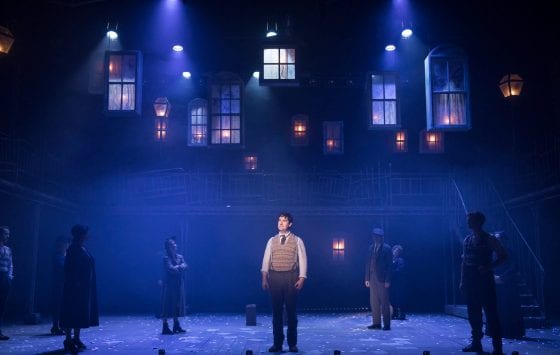 Eoin Cannon as Frank narrated the story with clarity and just the right amount of humour to give a good account of his “sad, Irish, Catholic” childhood in Limerick.  This is, yes. A dark story but Elain Hearty as Norah Molloy injected much needed humour to prevent this tale from being depressing, her comic timing was fantastic.  Frank’s dad was the type of man that was his own worst enemy and whilst he treated his family despicably, drinking the family money and leaving them hungry, you couldn’t but help almost, yes, almost feeling sorry for him! 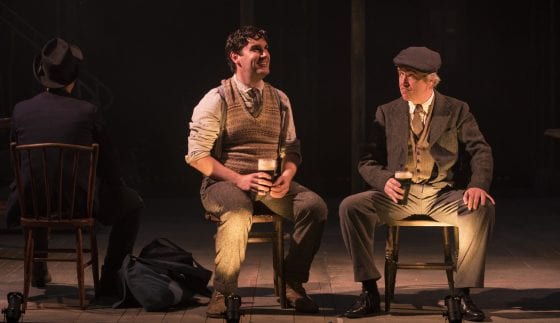 The rest of the cast were all fantastically supporting in their roles and added to the whole story. The songs are rousing and heartfelt with lovely harmonies. The set is dark and functional and doesn’t take much manoeuvring to change the scenery which helps keep the slick pace of the show. This is a show to really make an effort to see and one I hope will go far as I firmly believe it will travel very well. 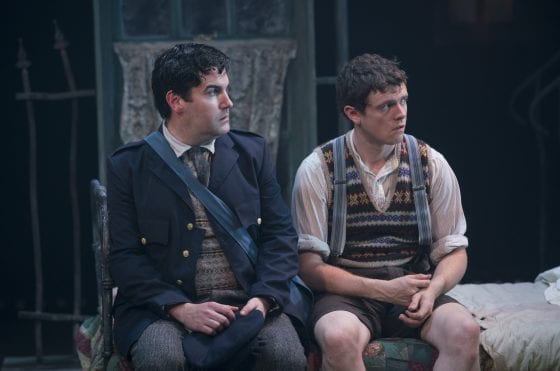 Well done to all concerned and  I hope this cast receives continued standing ovations for the rest of the run which sees it on stage until the 30th of July.

03/01/2019
We use cookies to ensure that we give you the best experience on our website. If you continue to use this site we will assume that you are happy with it.Ok