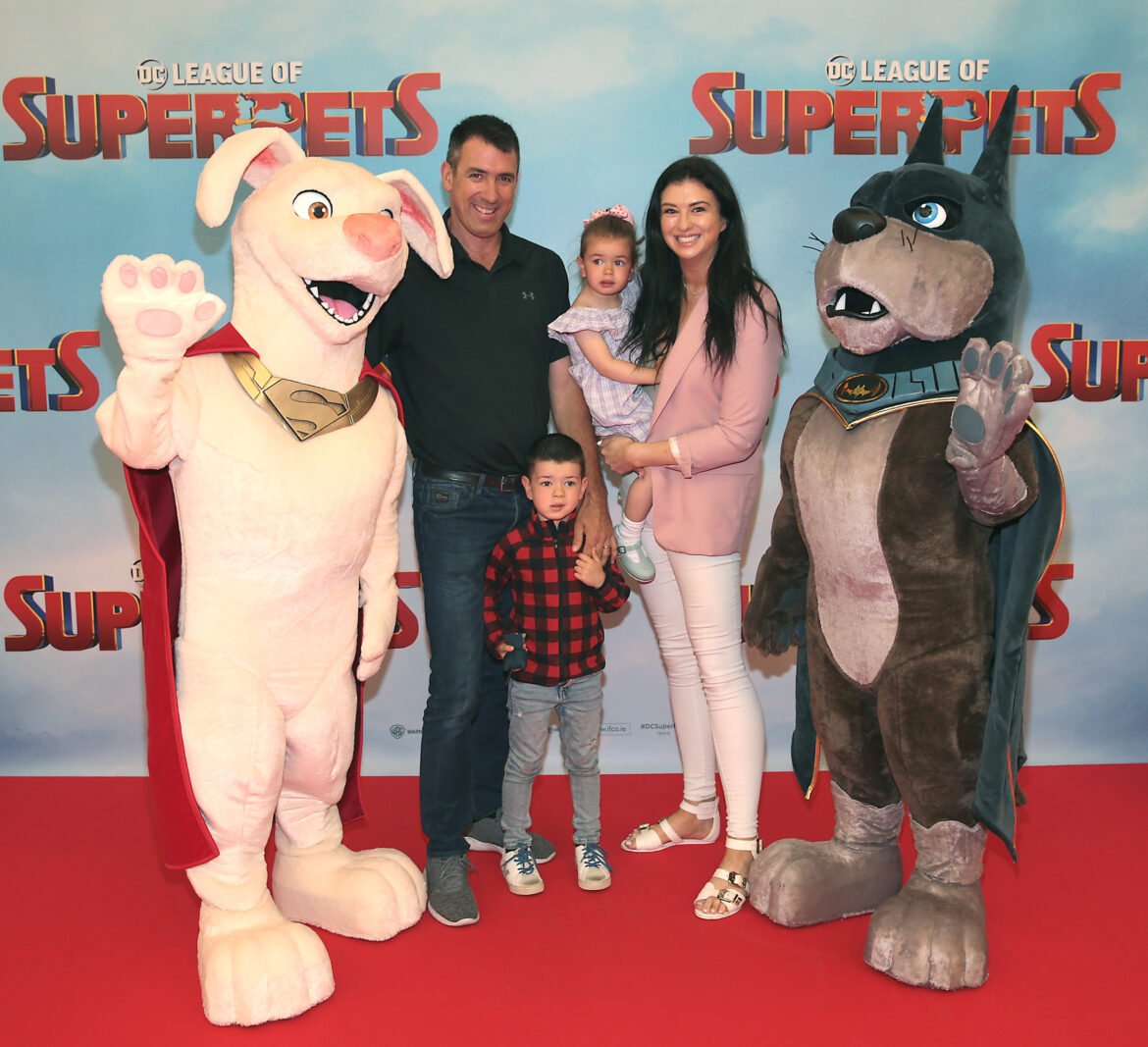 Lynsey Bennett and her children Hailee and Zoe, Roz Lipsett and her son Theo, Radio presenter Thomas Crosse and Timi Ogunyemi were among well known faces spotted over the weekend at the special family preview screening of DC League of Super-Pets at the Odeon Cinema in Point Square,Dublin.

Well known faces and their families  arrived to have fun in the foyer which had been transformed into a real Metropolis with Super-Pet games.

The highly anticipated  Superhero comedy which is the family movie event of the summer  sees Superdog and Superman as inseparable best friends who share the same superpowers. They fight crime side by side in Metropolis. However Krypto must master his own powers for a rescue mission when Superman is kidnapped. Krypto convinces a rag-tag shelter pack to master their own newfound powers and help him rescue the superhero.

Gardaí seize circa €700,000 worth of cannabis in Dublin-Wicklow border area