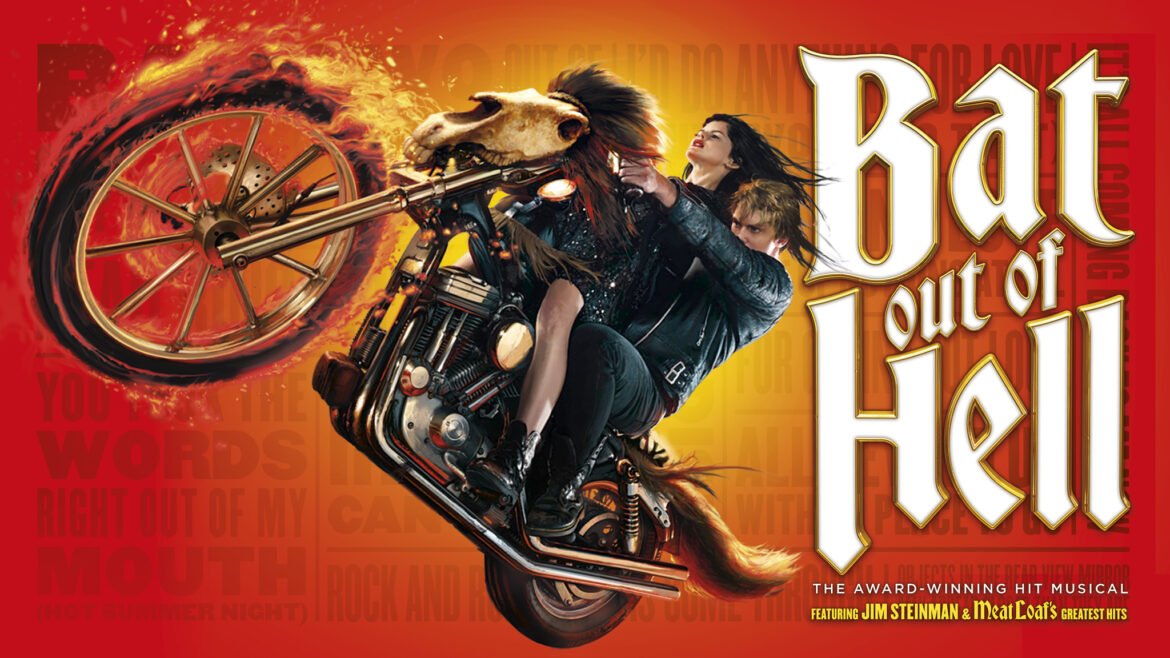 Bord Gáis Energy Theatre are excited to announce the award-winning hit musical Bat Out Of Hell – The Musical will be making its debut in August 2022.

The thrilling musical, featuring Jim Steinman and Meat Loaf’s greatest hits will run at Bord Gáis Energy Theatre from Tuesday the 30th of August until Saturday the 10th of September. Tickets for the rock musical are priced from €21 and will be on sale through Ticketmaster on Friday 5 of November 2021.

The producers of the show are delighted to announce the return of Glenn Adamson (American Idiot) as Strat, Martha Kirby (Grease, Rags the Musical) as Raven and our original leading cast members Rob Fowler (Mamma Mia!, Bat Out of Hell) as Falco and Sharon Sexton (Mamma Mia!, Bat Out of Hell) as Sloane, plus Killian Thomas Lefevre as Tink, Joelle Moses as Zahara, James Chisholm as Jagwire, Kellie Gnauck as Valkyrie, and Danny Whelan as Ledoux.

Bat Out of Hell – The Musical wowed critics and public alike when it played limited seasons at Manchester Opera House, London Coliseum and London’s Dominion Theatre from 2017 to 2019. The musical also ran successfully in Canada, Germany and at New York’s City Centre in 2019.

Bat Out of Hell – The Musical won the Radio 2 Audience Award for Best Musical at the Evening Standard Awards and was nominated for 8 WhatsOnStage Awards, including Best New Musical.

Bat Out of Hell became one of the best-selling albums in history, selling over 50 million copies worldwide.  16 years later, Steinman scored again with Bat Out of Hell II: Back into Hell, which contained the massive hit I Would Do Anything for Love (But I Won’t Do That).

For the stage musical, the legendary and award-winning Jim Steinman incorporated iconic songs from the Bat Out of Hell albums, including You Took the Words Right Out of My Mouth, Bat Out of Hell, I Would Do Anything for Love (But I Won’t Do That) and Two Out Of Three Ain’t Bad, as well as two previously unreleased songs, What Part of My Body Hurts the Most and Not Allowed to Love.

In Bat Out of Hell – The Musical, the electrifying rock songs of Mr Steinman propel an epic story of rebellious youth and passion as Strat, the immortal leader of The Lost, has fallen in love with Raven, the beautiful daughter of the tyrannical ruler Falco.

The UK & Ireland Tour of Bat Out of Hell – The Musical is produced by David Sonenberg, Michael Cohl & Tony Smith, with executive producer Julian Stoneman.

Bat Out of Hell dedicates this tour to the memory of Jim Steinman, who sadly passed away on April 19, 2021.