Banríon: “I always write about what’s close to home” 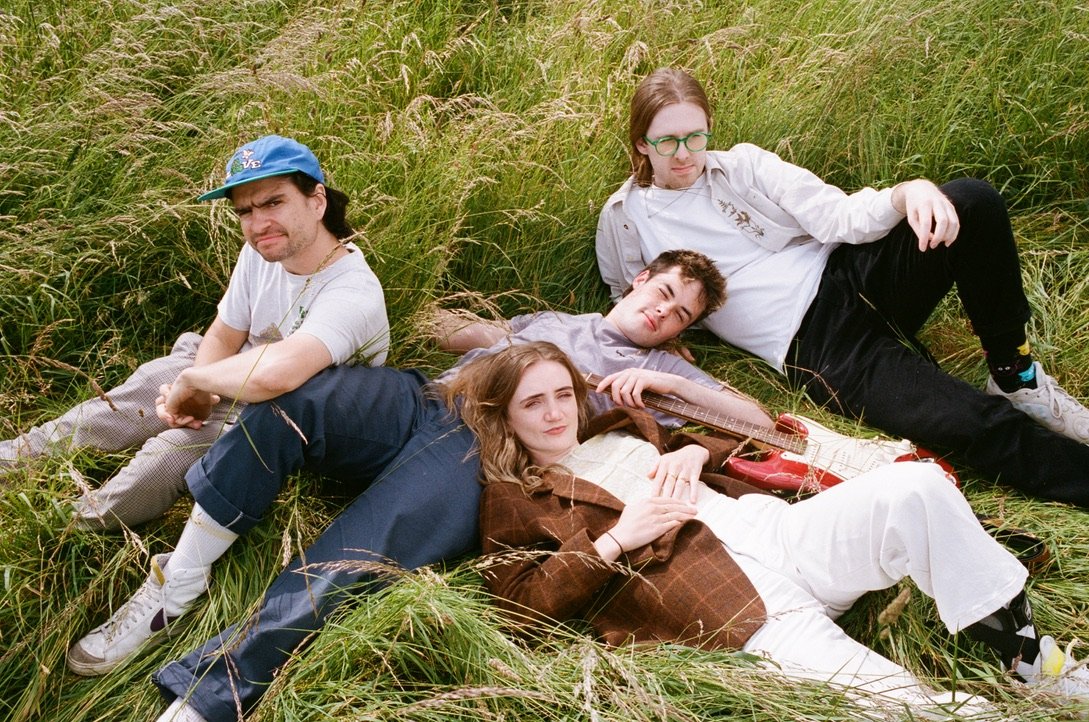 Formerly a solo project out of outgoing singer-songwriter Róisín Ní Haicéid, Banríon have developed into a really strong jangly alt-rock band, a Dublin act with a message, and distinct Irish elements, but that feel like the natural sister act to the likes of Vampire Weekend or Phoebe Bridgers.

Now a four-piece fronted by Ní Haicéid, Banríon are both quirky and accessible, and while there’s only a single EP on the market so far, tracks like ‘End Times’ and ‘Yesterday’s Paper’ give a real sense of promise.

Ní Haicéid’s songwriting style has both personal and social elements, but it’s not so much a planned process as a reflection of who she is. “I guess it’s an extension of what I spend my time thinking and talking about,” she says. “My lyric style is very verbal, or maybe the word is colloquial. I can’t really write poetically or anything too complex, so I always write about what’s close to home. It doesn’t feel like activism much because there’s not an end goal or awareness-raising motive, it’s just singing how I speak.”

“So much of our sound and songwriting is inspired locally, by my friends. Our guitarist Robbie Stickland has been instrumental in planting the seeds that maybe I could do music too. His shows introduced me to the Dublin indie music scene when I was about 18/19. Diarmuid O’Connor (Passersby), who produced my last single End Times, is another musician whose early encouragement made me pursue music and whose music and approach to it continue to inspire me.”

As something of a ‘covid band’ – much of their lifespan so far fell under the times of the virus – the four-piece are really enjoying making their way into the live scene, with a series of shows lined up over the summer.

“We’ve Only Just Begun [a Whelan’s festival taking place in August] is absolutely up our street because of the ethos,” Ní Haicéid says. “There’s been way too many gigs where I’m the only girl in the green room. Forever being the minority creates a horrible feeling in the back of your mind that you’re being booked as the ‘token girl’ on the line up, even though I know we get booked because we’re good. I’m so excited to play Ireland Music Week as well! Both shows have such amazing line ups and I’m really excited to meet the other bands who I’m huge fans of.”

Shortly, they’ll be a second EP to join debut ‘Airport Dads’, though a full length is still some way off – at this stage, it’s building blocks.

“​​It’s the next natural step from Airport Dads,” guitarist Robbie Stickland explains. “We recorded out in a studio in Wicklow called Meadow Lodge which was a whole lotta fun. It’ll be a much more lush sound than what people are used to from us. It’s Phoebe Bridgers, it’s Snail Mail, it’s Soccer Mommy, all with the unique wink of Róisín’s songwriting. It’s gonna knock your dang socks off!”

“It’s a bit of a time capsule of songs I had written in 2021-2022, which are about falling in love and looking back on what I maybe thought counted as love before,”  Ní Haicéid adds. “There’s one about how it feels when your friends are all moving away and another about how putting on a brave face sometimes fools no one. It’s our first studio recording so probably a bit better quality sound than our other stuff!” One to look out for.

Copper Face Jacks: The Musical returns to the 3OLympia Theatre

Tips for an eco-friendly picnic this bank holiday weekend