‘Staff gutted’ as Star pub in Swords shuts its doors 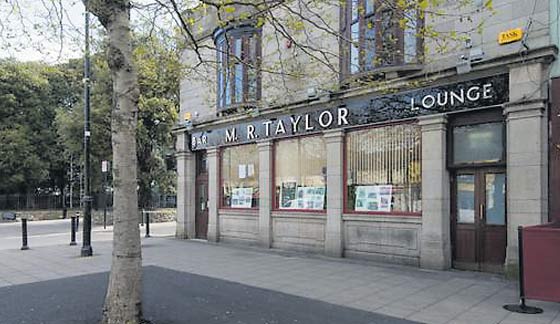 THE Star pub in Swords closed down on Monday with the loss of up to 30 jobs.
The hostelry – an institution in the town – will remain open for food only for the next few weeks before it closes its doors for good.
The pub, which is one of the oldest in north Dublin, has been up for sale as a going concern since May of last year but the €1.5 million price tag has yet to attract a buyer.
The closure was announced out of the blue on Monday evening and some staff were left shell-shocked at the news.
One source told the Gazette: “All the staff are gutted. Some were in tears last night.
“It is very sad. It’s not easy to see a business that’s been on the main street for over 100 years come to an abrupt end like this.”
The pub, located on the corner of Main Street and Chapel Lane, was owned by the Taylor family who have traded there for the past 113 years.
It expanded in the 1990s to incorporate a nightclub upstairs and a carvery lounge extension downstairs.
A post on The Star Bar and Restaurant Facebook page states that the carvery will be open for at least the next two weeks.
Cllr Philip Lynam said on Tuesday: “Very sad to hear one of the oldest pubs in Swords is closing.
“I also heard up to 30 jobs have been lost and bar staff only received notice last night which is quite shocking considering they have families to feed and mortgages to pay.
“Let’s hope whoever takes over or opens up a new venture will consider these employees as part of their team.”
Management were unavailable for comment at time of going to press.