Athletics: GOAL MILE BACK ON TRACK IN LUCAN  AT CHRISTMAS AFTER YEAR AWAY 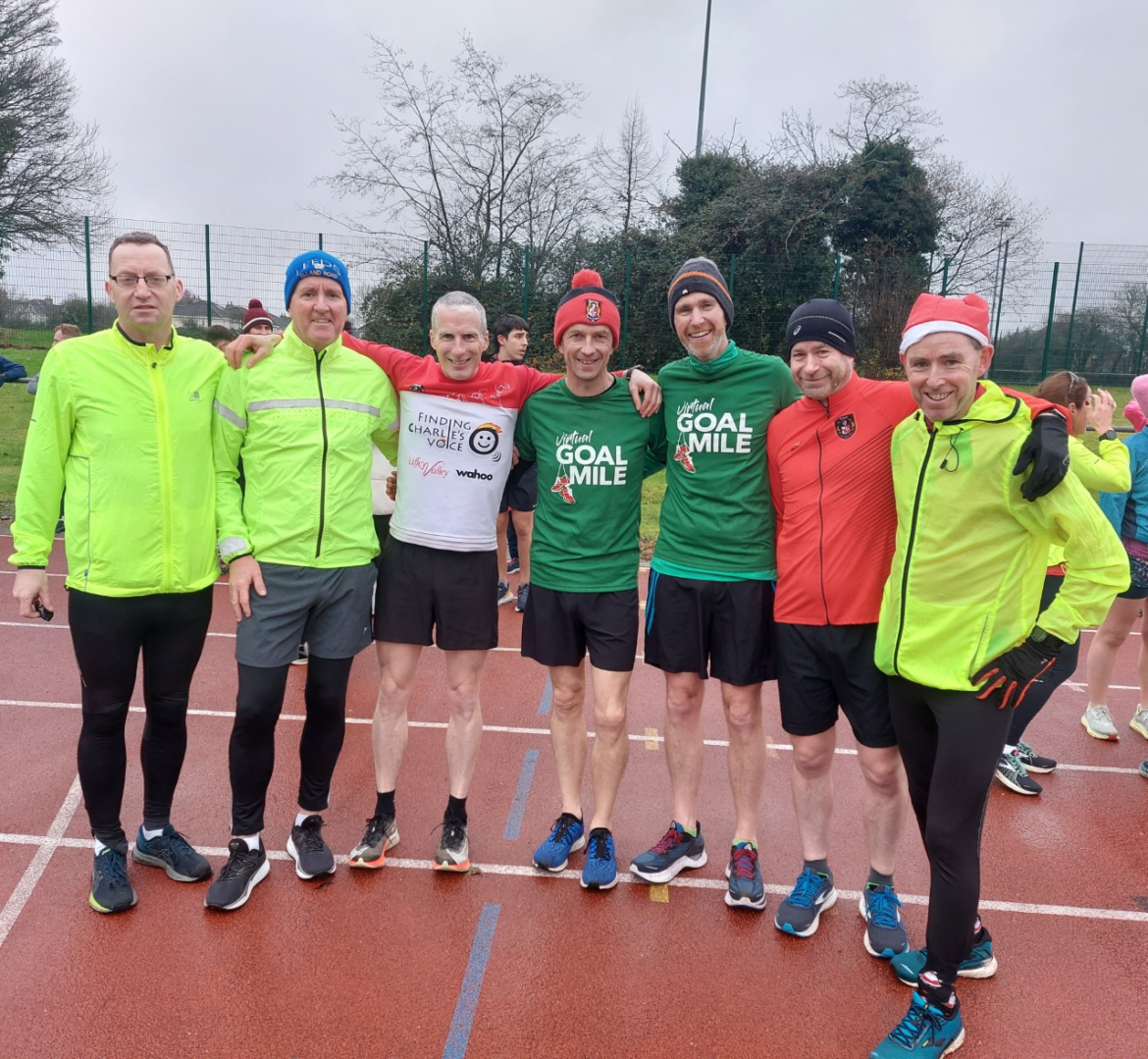 On a very wet Christmas morning the Goal Mile returned to Lucan Harriers’ new track after the 2020 version had to go virtual.

It was the 20th consecutive year that Lucan Harriers had an organised event and a lot of this is down to Gerry Martin, who has been the main organiser of the event over the years.

All ages turned out and didn’t let the rain and wind dampen the Christmas spirit.

Runners and non-runners of all abilities took part. Most ran for fun, others taking it a bit more seriously, either way it was a great event.

It took place from 10am to 12 midday, so it gave people plenty of time to get home and digest their breakfast before further indulging in their Christmas dinner

Many members of Lucan Harriers and neighbouring clubs took part on the day, many more took part virtually by registering online.

Other local sports Clubs such as Lucan Sarsfield’s and Weston Hockey also turned up in their club colours, as well as some of the local soccer clubs.

We also had the Fastest Santa in the West.

A big thank you to the volunteers and to everyone in the Lucan community who support this event this year and every year.