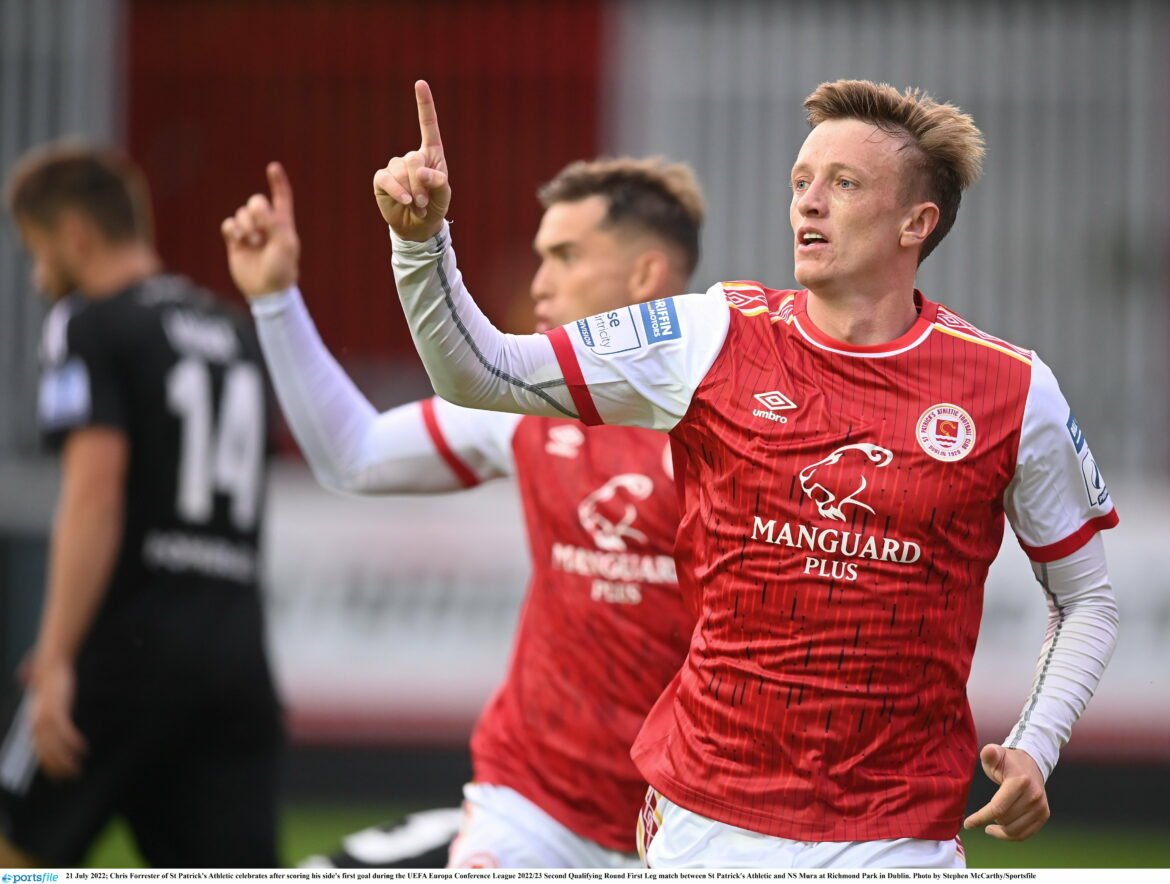 And that’s why the Saints boss got great pleasure watching his players sticking it to them ahead of a delicately poised second leg in Slovenia next week.

Chris Forrester scored his first European goal to cancel out a sloppy Mura opener against the run of play.

And he almost scored a sensational winner in the dying stages as St Pat’s pushed for a deserved winner.

But Clancy watched them putting it up to them and said: “I’m really proud of the players because they are a good team with a lot of good players.

“It was a soft goal that we gave away after Broccy’s error, but we didn’t veer away from it and should have got the win.

“That’s the really pleasing thing, that we didn’t shy away from it after that setback and it’s very pleasing to play the way we played.

“But they won’t be as laid back or as poor as they were tonight when we play over there.

“With our performance, the sell-out crowd and atmosphere, I think Mura will have a different view of things next week.”

And Clancy hailed Forrester for his stunning equaliser and the opportunity he created to win it in the dying stages.

Clancy said: “Chris gets a really good goal and it’s an opportunistic goal. “His chance at the end, that’s what he’s capable of. He danced around four or five of their players and was very unlucky.

“If that had gone into the net, fans would be talking about it being the best European goal ever at this club.”

He said: “St Pats are a good team with a lot of energy and the fans give them the energy they needed in parts of the game.

“We had some difficulty in answering that aggression but we managed to score, but we were disappointed to concede.”