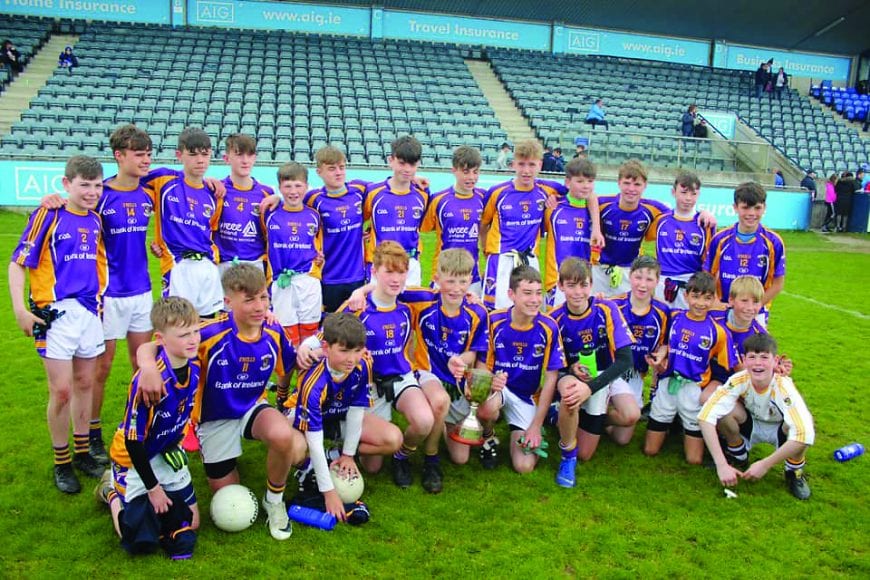 Kilmacud Crokes produced a glorious weekend of free-flowing football, scoring goals for fun to land the Dublin Division One Under-14 football Feile.

They crowned their success with a 4-10 to 0-6 win over Ballyboden St Enda’s on Monday afternoon in Parnell Park in the final, retaining the title and setting them up for the national Feile during the summer.

In that decider, they went behind early on when Simon Horgan landed an early point for Boden and the Firhouse Road club held the balance of power for much of the initial phases.

Joe Quigley levelled for Crokes as they began to gain a foothold in the tie and he landed a free soon after for a lead his side would never relinquish. Ciaran O’Donovan’s strike made it 0-3 to 0-1 but the real damage was done just before half-time with a brace of goals.

O’Donovan got the first of them with a powerful shot and then used his palms to build a 2-5 to 0-3 half-time lead.

And Kilmacud hammered home the advantage in the second half when Quigley got in on the goalscoring act two minutes after the change of ends.

O’Donovan and Quigley combined again with the latter nipping in for his second goal to kill off the tie with plenty of time to spare. Quigley ended up with 2-7 while O’Donovan scored 2-2 in the final reckoning but it was an overall team performance from the side.

“It was a little bit of a surprise to win by that margin,” Kilmacud mentor Donal Donovan said afterwards.

“A lot of people were praising the team from the sidelines for playing some lovely free-flowing, stylish kick-passing football but Ballyboden are a strong side and they played very well throughout.”

Kilmacud started their campaign with an impressive 3-9 to 2-4 win over St Pat’s Donabate in the group on Saturday morning. Against Thomas Davis, they trailed at half-time against Thomas Davis before running out 7-6 to 3-2 winners and then completed that phase of the competition with a 10-8 to 2-7 win against Castleknock.

It set up a semi-final against Templeogue Synge Street who they saw off 4-7 to 2-3 to earn their spot in the final.

They will now go on to play in the national Feile from June 28 to 30 in Mayo where they have been grouped against two local sides, Westport and Parke, as well as a representative from New York.

A year ago, Crokes’ Feile run was ended by a New York club at the quarter-final stage, giving them the chance to make amends on that front.