Coolmine Rugby Club’s Race to Rome is well under way 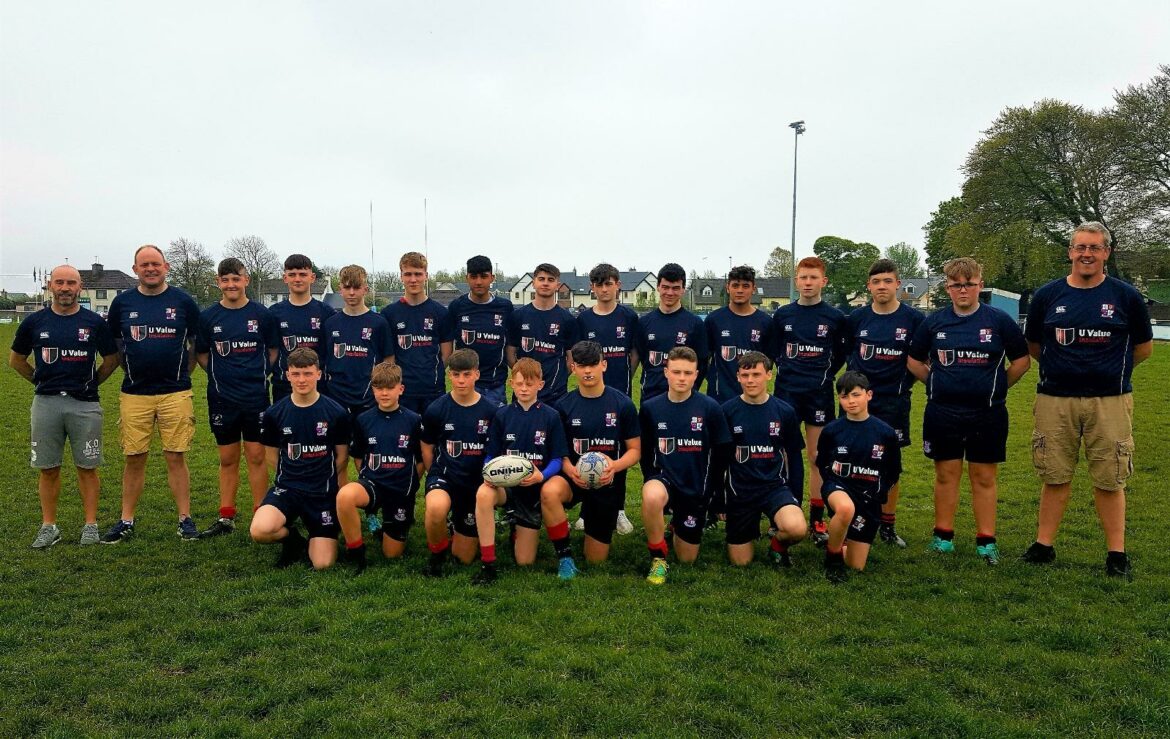 Coolmine Rugby Club’s Race to Rome looks well set to reach its virtual finish line at the Stadio Olimpico on February 6 with the club’s Under-17 team already raising close to €8,000 in the process for Pieta House.

It has been an emotional journey but one that brought much needed light and purpose following the tragic loss of a young player from the club to suicide over the Christmas break.

For Neil McCarrick – part of the Under-17 coaching team – he says the Race to Rome idea was an important one for the club and the team to come together in some way.

“The players were deeply affected by this and, as coaches and parents alike, we were concerned about player welfare,” he told the Dublin Gazette.

“You wonder what the hell is going on, questioning everything that goes on with something as tragic as this. With that in mind and the frustration we couldn’t attend a funeral or form a guard of honour, we knew we had to do something.”

And so the idea was born with McCarrick’s son Ciaran suggesting a sponsored run with a rugby-orientated theme.

They mapped out the distance from Coolmine’s Ashbrook home to each Six Nations stadium, concluding at the Stadio Olimpico in time for the Six Nations kick-off next week, a total distance of 2,500km to be covered in 26 days, the players having to share out 96km each day.

Each team member logs those runs on the Strava app with the caravan passing by Paris earlier this week and the final leg beckoning.

“We check and scrutinise the numbers every night!” McCarrick adds, confirming no corners will be cut. “One of the lads had put in an extremely fast time; we checked it out and he actually broke the 2km world record. He was on his bike!

“So we had to cancel that and call him out at the team’s weekly HIT session on Zoom! Nobody is getting away with anything.

All the kilometres are genuinely covered by the players and they have been fantastic and worked so hard even when the weather has been against them.”

“It’s so raw for the family; it’s not even a month. Whatever we are going through, how could you go through what they are?

“What we are doing is minute in comparison but it is multi-functional and there’s no negative in it so I am very proud to be attached to it. If we can raise a few more quid and throw it to Pieta, brilliant, but it is a massive achievement already in the times we are living in.”

Plenty of impetus has come from an incredible list of celebrity backers with the boys’ exploits getting promoted far and wide with the likes of Paul O’Connell, Ronan O’Gara and Simon Zebo sharing video messages.

The club’s own graduates like David Hawkshaw, Tom Farrell and Vakh Abdaladze have bolstered those efforts while word of the challenge has spread all the way to New Zealand with All-Black hooker Dane Coles recording his video message of support.

“I have often found in times of need the ‘rugby family’ rally’s around and this is no different with the amount of current and ex-players sending in videos to us offering up their support,” McCarrick continued.

“This both acts as huge motivation for the players to continue in their efforts but also raises the profile of the event which ultimately translates to people donating.”

He adds it has been a massive point of focus for the Under-17 team he coaches along with Ciaran McCarrick, Ben Wallace, Matt Grogan and Conor Mahon.

Usually, the team would be deep into the second half of the season but they have not played a single competitive match in the 2020/21 season. As such, it has been a big challenge to keep them engaged.

“The players have all bought into it! They are bored and pissed off and looking for something to do. They are sports-orientated and want to keep fit.

“Before Christmas, they were training away in a socially-distanced format. It is not conducive to enjoyable rugby. And while the Leinster Branch haven’t released info yet, I am pretty darn sure there won’t be any rugby season at all now; it’s just not viable and neither is the schools cup.

“But [our coaching team] are all rugby-people; I love it and recognise the lads love it. There’s a lot more to it than just running around a pitch, chasing a ball and we will try our best to diversify training as best we can in a socially distanced and accepted fashion.

“We will keep trying reinvent the wheel. It has been bloody awful at times – I am not going to lie. It has been challenging, many nights sitting with a pen and paper, brainstorming with coaches to try and keep it interesting and stimulating in the hope Covid will behave itself and we can play a match.

“It has been a bridge too far at this stage but I would be confident the likes of this builds morale and the spirit among the lads and we will be doing preseason and be ready to play rugby in September.”

** To donate to Coolmine’s Race to Rome, click here