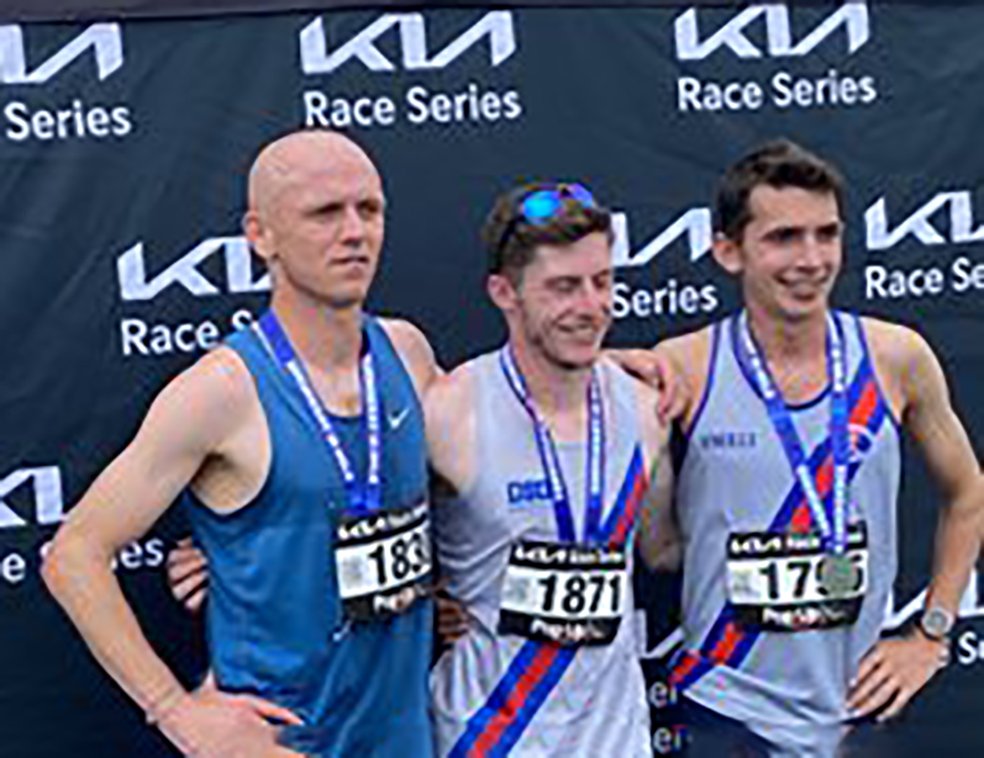 Paul (above) broke the course record with a time of 49.49, leading the D.S.D mixed team to a great win.

Emmet Jennings was in top form also, finishing a gallant 3rd in 54.03, with team captain Robert Corbally running his best race for a long time, in a splendid time of 54.15.

Leading the women home and first in the F45 category (59.99) was the evergreen Maria McCambridge.