O’Gorman proud as Peas push pro Glasgow all the way 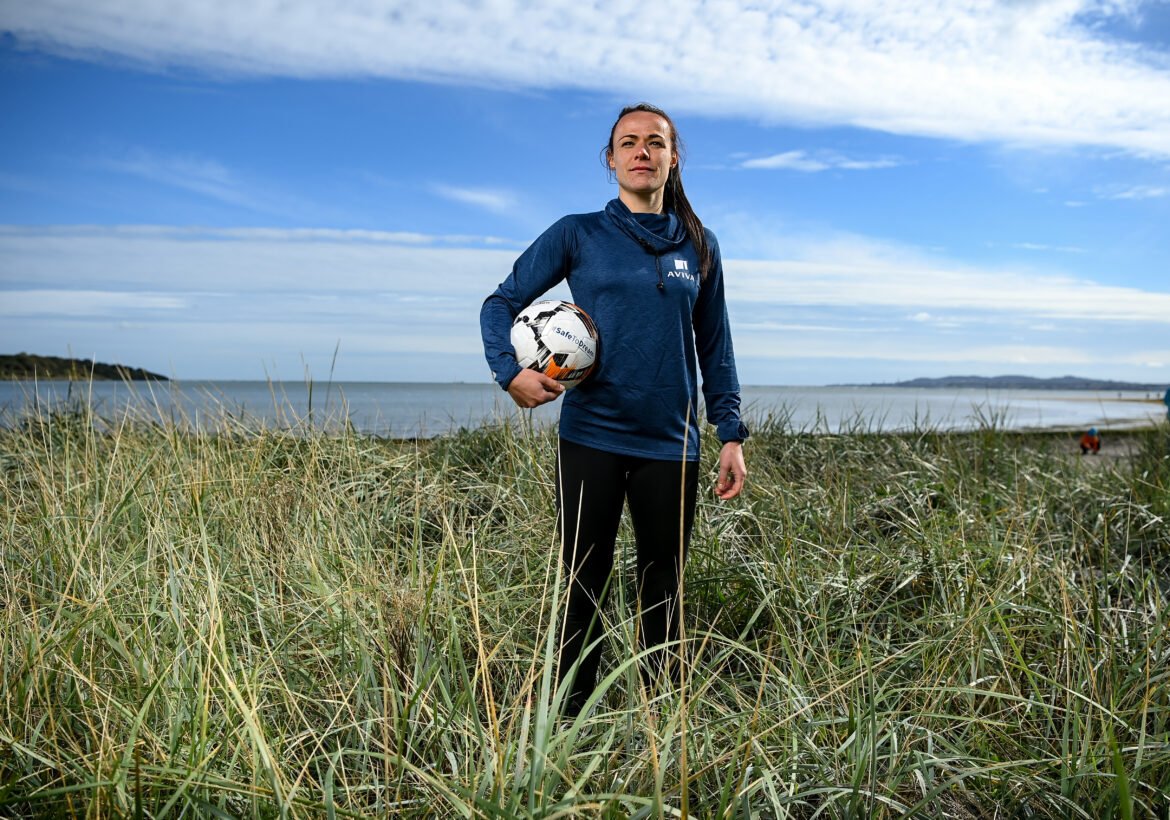 It was a case of coming so far but not quite enough for Peamount United as they were edged out by Glasgow City on penalties in their Champions League tie.

A 6-5 defeat on spot-kicks was a cruel way to lose out for a heavily unfancied Peas side after taking last season’s quarter-finalists the distance on their own astroturf.

Lauryn O’Callaghan was the unfortunate one to miss the sudden-death penalty after the sides remained scoreless through 120 gruelling minutes in Cumbernauld.

Captain Aine O’Gorman, the usual penalty-taker, had missed one of her own earlier on in the shoot-out but Niamh Reid-Burke pulled out a great save to force sudden death.

In spite of the defeat, amateur Peamount held their own against a mostly-professional Glasgow side packed with internationals and had a number of chances to win it.

“We went into the match as underdogs and I think we shocked them a little bit,” O’Gorman told the Dublin Gazette.

“We just believed in our own ability, and we knew we could put it up to them, but penalties is a harsh way to lose.

“We probably cancelled each other out a bit. We played quite an aggressive game and put a lot of pressure on, and defensively we were solid.”

For O’Gorman, the game brought back memories of Peamount’s last foray into knockout Champions League football.

In 2011, the Peas faced off against French champions Paris Saint-Germain, then one of the small number of professional sides on this side of the Atlantic.

The situation was different: the Greenogue club had come through a qualifying round as best runners-up, behind Spain’s Rayo Vallecano, to face PSG in the round of 32.

Eileen Gleeson, now assistant to senior team manager Vera Pauw, was the Peamount coach at the time and she had assembled a squad full of internationals.

“You know what you’re up against when you’re going over to play the champions in France.

“Eileen had drafted in players like Karen Duggan, who’s still there, Julie-Ann Russell and Denise O’Sullivan, who is probably one of the best players in Irish football at the moment.

“You learn from those experiences and it’s kind of the unknown as a team.

“When you go out week-in, week-out, you know what you’re going to come up against.

“With the unknown you just prepare as best you can for what you think you’re going to come up against from doing analysis and watching games.”

Personal trainer O’Gorman, is involved with the PFAI, who have taken a keen interest in women’s football since mediating during the senior team’s battle for basic working conditions in 2017.

“The PFAI are there for us now for player representation, both for the male and female game. We’re all treated equally.

“It’s something you wouldn’t have even thought of years ago, so it’s great to have player representation and work together to bring the game forward.

“The first thing is to work together with everyone to put basic standards in place and then that there’s a plan there.

“There has to be aspirations to go semi-pro and have a long-term strategic plan in place so that young girls have an option, when they leave school, that they can play at a good level in Ireland and get their education if they don’t choose to go abroad.”