From ballgirl to the Champions League for Peamount’s Ryan Doyle 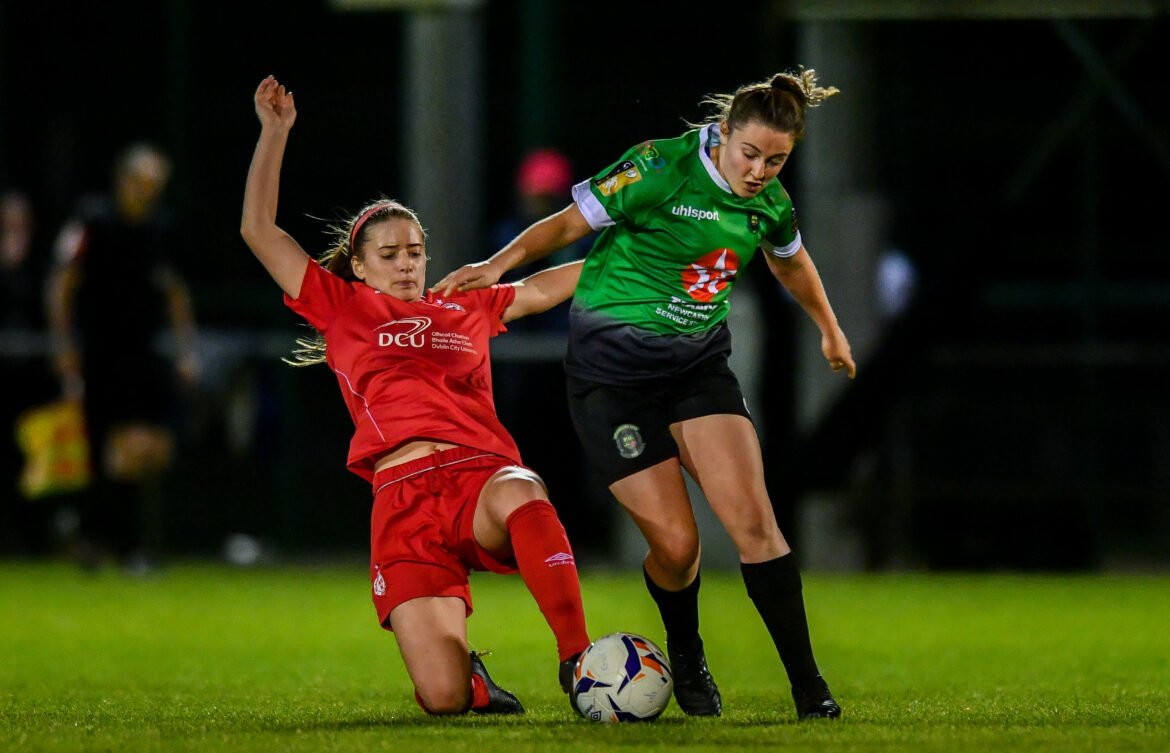 Some of the older members of the Peamount United squad keep their last Champions League knockout game against PSG, in 2012, fresh in the memory.

For Eleanor Ryan Doyle, the Newcastle club’s playmaker, it was half a lifetime ago: she was a child of 13 when she played ballgirl at Tallaght Stadium that night.

Playmaker Ryan Doyle scored 18 goals in 18 games as the Peas won their first Women’s National League title in seven years in 2019, and has ten in nine games this year.

Few would expect Peamount to see off fully-professional Glasgow (tonight, 7pm, BBC Alba), but Covid has shaken everything up, not only reducing ties to one-off fixtures but rerouting lives.

The Blanch sports management and business graduate had planned to move into full-time work but the upheaval routed her towards a post-graduate degree.

“With everything going on, I wasn’t going to do a masters at all, but the masters came before me,” says Ryan Doyle.

The 21-year-old business student’s family is steeped in Peamount – her mam is kit-woman and her dad videos the games – and they’ve watched her become one of the league’s top players.

“I joined Peamount at the age of eight and all I wanted to do was win domestic titles and play in Europe.

“From making my first-team debut at 15, playing in the Champions League was on the bucket list. Here we are in a competition I thought mightn’t even be played this season due to Covid-19.”

Ryan Doyle had opportunities to study in America, as fellow Pea Tiegan Ruddy and internationals Megan Campbell and Megan Connolly have done, but it wasn’t for her.

The working life called Ryan Doyle, but she retains hope that she can forge out a professional career abroad, in the UK or in Europe, though it’s not her only option.

“It is something I’d love to do, but sometimes it doesn’t work for players and I’ll see if that happens for me.”

“I would like to challenge myself overseas but the idea of playing football in America while studying wasn’t for me. I think you can get overlooked at international level from playing in the US.

“I’m sure the Ireland managers Vera Pauw and Eileen Gleeson will be watching our Champions League match, which is a great audition for getting back into the squad.

“In order for this country to get better, it needs players to be playing professional, even semi-professional.

“It needs players training more than two or three times a week and pumping money into women’s football. It’s just what the FAI do now.”