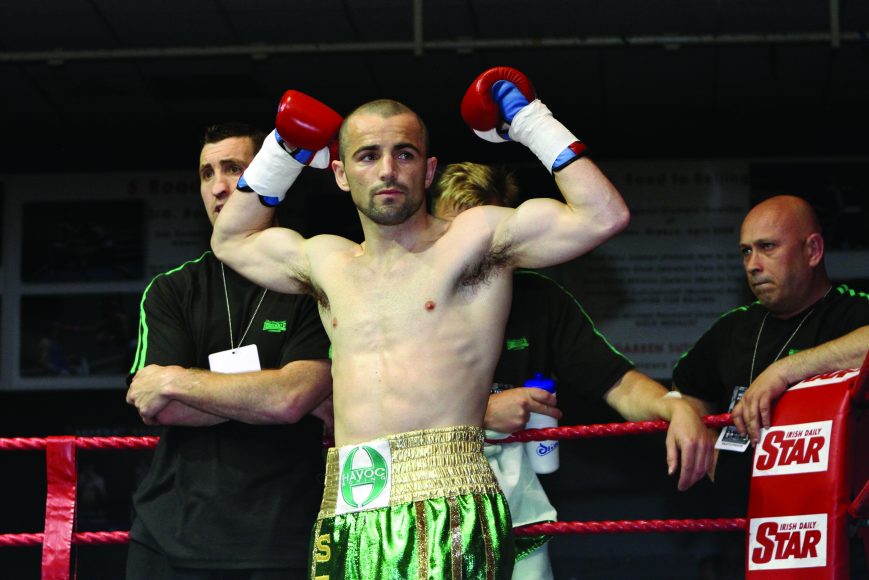 STEPHEN Ormond has announced his retirement following last weekend’s defeat at the hands of Craig Evans, missing out on the WBO European Lightweight title at the Vale Sports Arena in Cardiff by unanimous decision.

He had previously won the same title back in 2013 with a win over Marcos Jimenez and held it for 18 months.

This latest bout was a very close contest against a home favourite and saw ‘The Rock’ announce afterwards his decision to step back from the pro game at the age of 36.

On the scorecards, he went down 95-94, 97-92 and 98-92 but he went out in suitable fashion, using his typical Mexican-style, finishing off with an aggressive closing volley of attacks.

He forced Evans to be docked a point amid some lovely combinations and rocked the home fighter with a big left but Evans had done his work early in the contest, winning much of the early rounds.

It brings to an end a chapter of incredible generation of boxers from the Neilstown area. He grew up in the community alongside Kenneth Egan, Bernard Dunne and Ian Tims.

Between the quartet, they won 20 Irish senior titles: Ormond with three, Egan with 10, Tims four and Dunne three.

He said that “it’s been a long road ups & downs, but I loved the journey. I said if I got beat tonight I will retire. Thanks to my corner Paschal [Collins], Mark [Kennedy], and Daniel [O’Sullivan] over years and to [my wife] Jodie all the years by my side. I love you and my kids.

Ormond leaves the sport with a record of 27 wins and six losses.