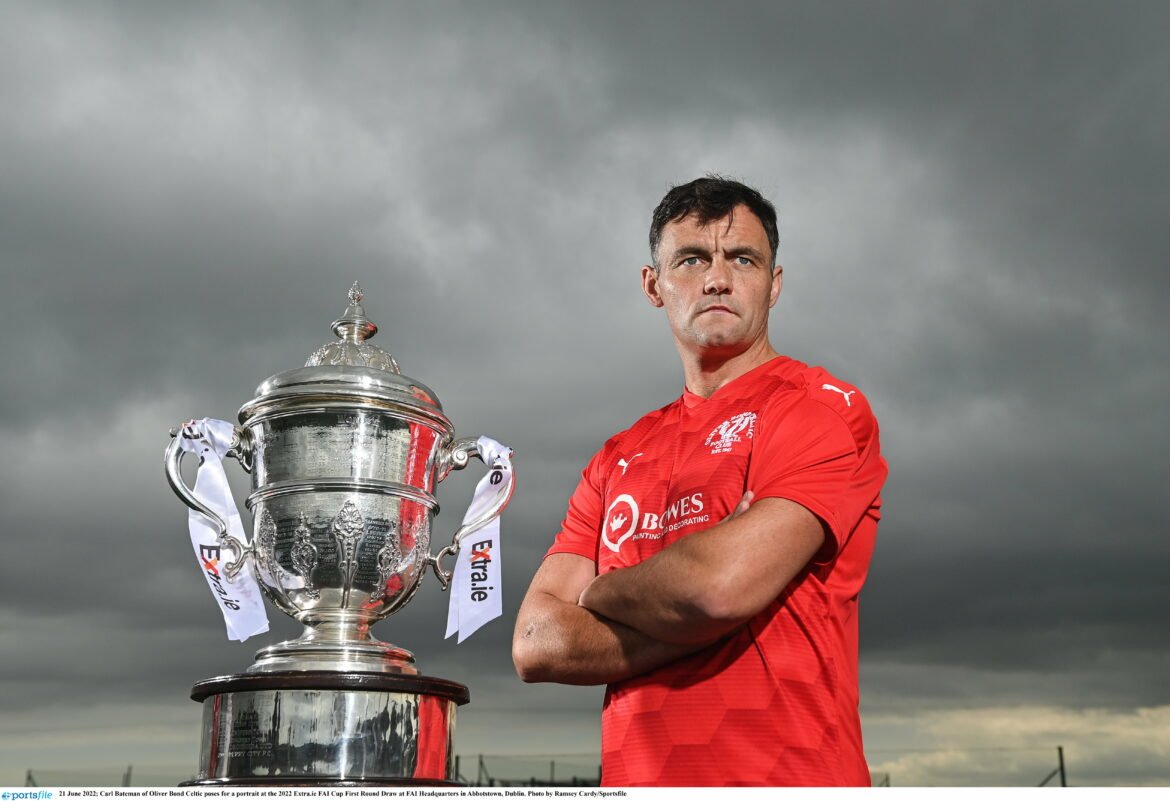 It’s not quite a case of living the dream for Oliver Bond Celtic as they take on Derry City in the FAI Senior Cup this coming Saturday.

It’s not that the lowest ranked Dublin team in the blue riband Irish cup contest see a trip to the Brandywell to face one of the best teams in the country as a nightmare scenario.

Rather Derry are a team they never imagined competing against and the FAI Cup a contest they never dreamed they would compete in when they set up five years ago.

“Not in a million years when I first set up the club would we be playing a League of Ireland team in a competitive game,” smiles team manager Eddie Keogh when speaking to the Dublin Gazette this week.

“After the second season we knew we had something special alright, but an FAI Senior Cup appearance wasn’t even in my thoughts then.”

Keogh established the club in a bid to bring something positive to the Inner City area of Olvier Bond and they have now developed into a flag bearer for all that is positive about one of Dublin’s most neglected communities.

The tragic passing of Martin Luby four years ago saw a host of top end local talent drop down the ranks to wear the red and black of Bond and they’ve had a fairy tale few years since.

They enjoyed league success in both the AUL and the LSL, had cup runs of note and will play Intermediate football from next season. However, an FAI Cup appearance and being part of the national football conversation this weekend is the icing on the cake. The man who set up the club couldn’t be prouder and is delighted for the players.

“I am proud as punch it’s been a roller coaster the last 5 years with so many highs and lows but days like this are what it’s about. It’s huge for the lads and everyone involved in Oliver Bond Celtic as we test ourselves against one of the best teams in Ireland. All the players are buzzing, to be honest, it’s a great chance for them to test themselves against a top team”

Cinderella gets to the go the ball this weekend but is under no pressure to make an impression or ensure a dramatic fairytale ending to what is already a fairytale story, and thus can enjoy the occasion pressure-free.

“We have nothing to lose at all,” Keogh adds. “We are an amateur side going up to Derry to play a top top League of Ireland side. We will give it a go and see where it takes us.”

“We are hoping to bring a couple of hundred to the game as per usual,” Keogh responds almost surprised to be asked if the support will travel.

The tie is also the first competitive game for new head coach Alan O’Reilly. The former sheriff of Sheriff YC’ has already made an impact says Keogh.  “Alan has brought a new dimension to Oliver bond Celtic. He is a top manager and top man that will no doubt get the best of all our players.”

Carl Bateman of Oliver Bond Celtic poses for a portrait at the 2022 Extra.ie FAI Cup First Round Draw at FAI Headquarters in Abbotstown