Nicole Grounded for Bloom in the Park 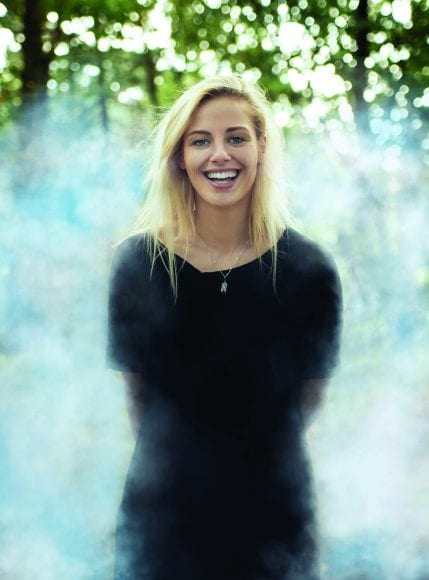 NICOLE Owens says it’s important to talk about mental health, with the Dublin Ladies Footballer having gone through tough times with depression and panic attacks affecting her daily life.

Owens has been speaking about how she has dealt with her own personal struggles, as an ambassador for ‘Grounded’ – one of the gardens which will feature at this weekends ‘Bloom in the Park’ in the Phoenix Park.

Owens hopes that speaking out from her position as a Dublin Ladies Footballer, can help.

“The reason why I like talking about it is that there is a platform based off playing for Dublin,” she said.

“It is a privilege to have that platform. If me speaking out means that one person can come to me and say ‘I understand what you are feeling’ then that’s what I’m hoping to get out of it.”

Speaking on a personal basis, Owens gave an insight into how she struggled to motivate herself to go to football training at times.

“When it was at its worst everything came in on top of me and I just couldn’t do anything,” she said.

“Part of it was that I couldn’t be around people, and obviously in teams you are around lots of people. I didn’t have the mental strength.”

Owens revealed that she took time away from the Dublin squad in 2017, and they were very supportive of her.

“It was only for a few weeks, but I was supported very well by the management and the team. It has impacted on me at times.

“Sometimes, in the week leading up to a match, I haven’t had a good week and obviously you want to be coming into a game like an All-Ireland semi-final with a really positive mindset.

“It’s very tough when you are not. I think that is something which in the last year or two has definitely improved for me a lot.

“Looking back on 2017, I would say that was when it was probably at its worst.”

However, Owens says losses on the pitch didn’t necessarily impact more than normal on her mental health.

“It’s not something I thought about, and I don’t think it impacted any more than anyone else,” she said.

“In terms of football for instance – the All-Ireland semi-final loss hit me hard for a few days, and I didn’t want to think or talk about it, but I don’t think it affected me more.”

Looking ahead to the summer, Dublin face Westmeath in the Leinster final on June 30.

Owens says there’s not much focus on the game yet.

“At the moment, the focus is mainly on the clubs. For the county, it’s about focussing on what we can improve upon from the league, and Mick [Bohan] is focussed on the fundamental skills which can only have a knock-on affect.

“Obviously, we have it in our heads that the next game is June 30, but the fuel is just for us all to get better at the moment, and then as we get closer to the match we’ll start looking at Westmeath in isolation and how we can deal with them and their threats.”

** ‘Grounded’ was designed in collaboration with people living with or affected by mental illness will be one of the gardens featured at this year’s Bloom in the Park over the June bank holiday weekend.