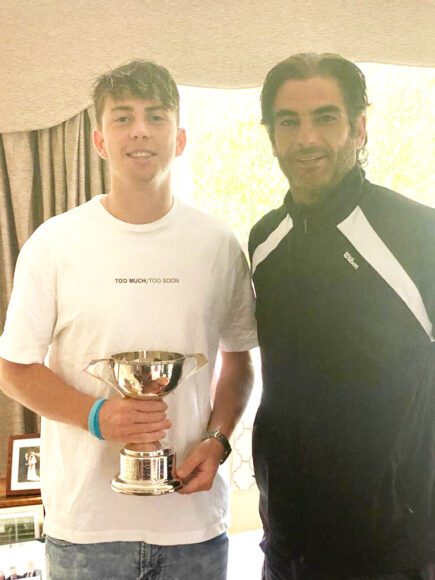 Monkstown Tennis Club head coach Stephen O’Shea has been named as the Tennis Coach Ireland (TCI) Coach of Year for the Leinster region in 2021.

O’Shea has been Head Coach at Monkstown for more than 25 years, during which time the club has established one of the country’s leading junior coaching programmes.

Among the players to have come through this programme are Conor Gannon, the National Junior Champion in 2020 who is currently in the US on a tennis scholarship at the University of Tennessee and Julie Byrne, a multiple National Champion who has represented Ireland at Fed Cup level.

“This award is for Stephen’s truly extraordinary dedication to his club – Monkstown LTC,” said  Director of Development Peter Farrell. “Stephen is a huge and important presence both on and off court at the club. Over 25 years he has helped develop thousands of players.

“Stephen holds the top coaching qualification of both Tennis Ireland and the sport’s world governing body – the International Tennis Federation. As such he is a great example to those entering the coaching profession of a commitment to career long development and progression. Speaking personally, I can say that Stephen’s level of expertise and dedication to his club is an inspiration to us all”.

MABS increases their services in the run up to Christmas