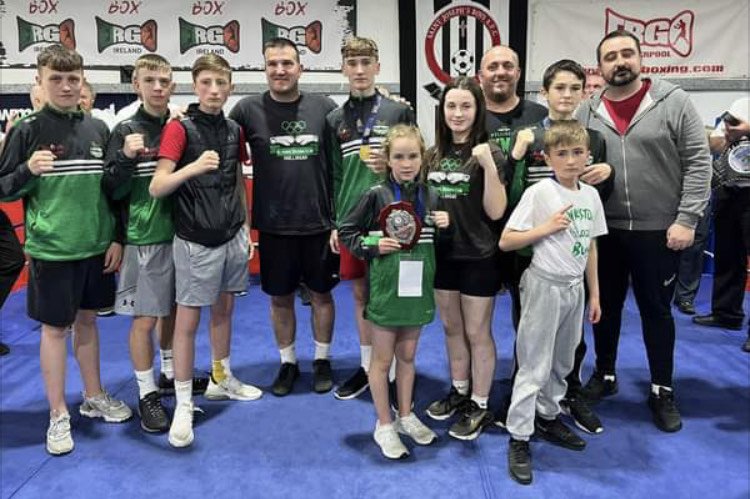 This was anxious return after a two-year absence due to covid for clubs worldwide with 712 boxers arriving from 122 boxing clubs from 9 different countries around Europe.

This event is greatly supported by the local Sallynoggin & Dun Laoghaire community – with 50 volunteers helping out in a various range of jobs from Setting up the Venue/Registrations/Cooking Meals/Car Parks/Security and loads more. In attendance was over 1000 local spectators each day trying to get a glimpse of the future Irish & World boxing champions.

Dun Laoghaire & surrounding areas were absolutely buzzing with boxing teams from all over Europe arriving.

A total of 700 boxers, 200 coaches, 100 officials & 100s of family & supporters attended the event in St. Josephs AFC Sports Hall in Sallynoggin for three days of boxing from 10am each morning to 9pm Fri/Sat night & 6pm Sunday night.

The boxing tournament, which saw three boxing rings running simultaneously throughout the three days, was for Boys & Girls aged from 10 to 16.,

On the results front – Monkstown BC continued their recent good form with their Under 18 Champion Malo Davis taking Gold after 3 very hard bouts – winning all 3 bouts by Unanimous decision. Other Awards were handed out at the end of finals day on Sunday: