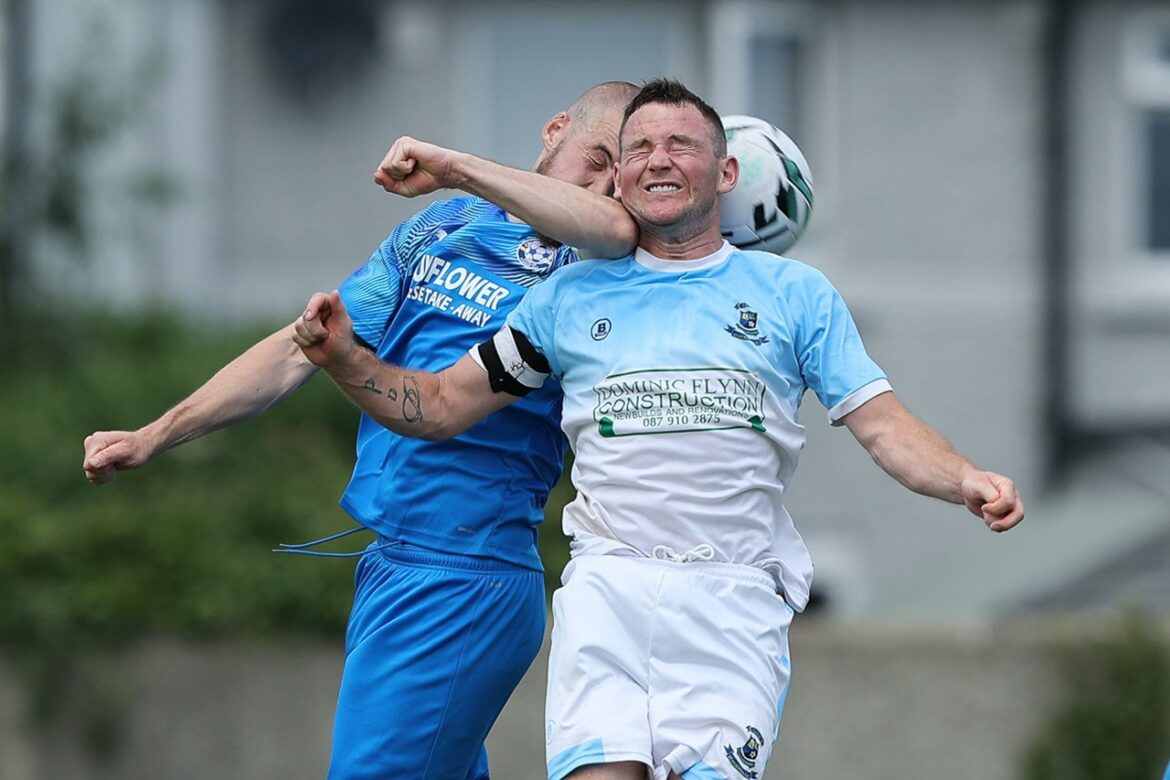 FAI Intermediate Cup champions St Mochta’s face one of the biggest games in their history as they were handed a trip to holders Dundalk in the last 16 of the FAI Senior Cup next month.

The Saints overcame inter rivals Crumlin United by the odd goal in three on Sunday afternoon to get their name in the draw – and they’ve been rewarded with a glamour tie at Oriel Park.

Goals from Mick Daly and Gareth McCaffrey early in the first half sent Mochta’s on their way to a 2-1 victory over intermediate football’s most successful side.

The League of Ireland’s most successful side of recent vintage, though not quite at the level of the side that won five titles in six years under Ireland boss Stephen Kenny, will be a step up.

“If you get a League of Ireland side, it’s great to pit your wits against them,” Mochta’s boss Brian McCarthy told the Dublin Gazette.

They were made to battle for the win by a determined Crumlin side who rode their luck in the first half and were the stronger side for much of the second half as both sides went down to 10 men.

The game saw the return of the Brady brothers, Gareth and Liam, to Armagh Road after they made the move west to Clonsilla in the off-season.

Both were part of the side that lifted the Senior Sunday title in 2020, and both had eventful games on their return to their old stomping ground.

It was Gareth’s pinpoint set-piece delivery that caused Crumlin countless problems in the first half, and his inswinging corner that led to Daly’s cushioned opener.

And after McCaffrey had doubled the lead with a poacher’s finish midway through the half, Liam saw red along with Crumlin’s Darren Clarke following a melée in the aftermath of the latter’s poor tackle.

The Saints were largely comfortable for the second half, though Crumlin did create chances through Jake Walker, but sub Glenn Fullam netted in injury time to set up a nervy finale.

“At 2-0, it’s always one of those scorelines where if they get one, they’re back in, and if we get one it’s game over.

“In fairness, for 20 minutes we had to dig in, but I thought we were comfortable on the break and could have had a few more chances.”

A sizzling summer spread for a bumper bank holiday weekend!!