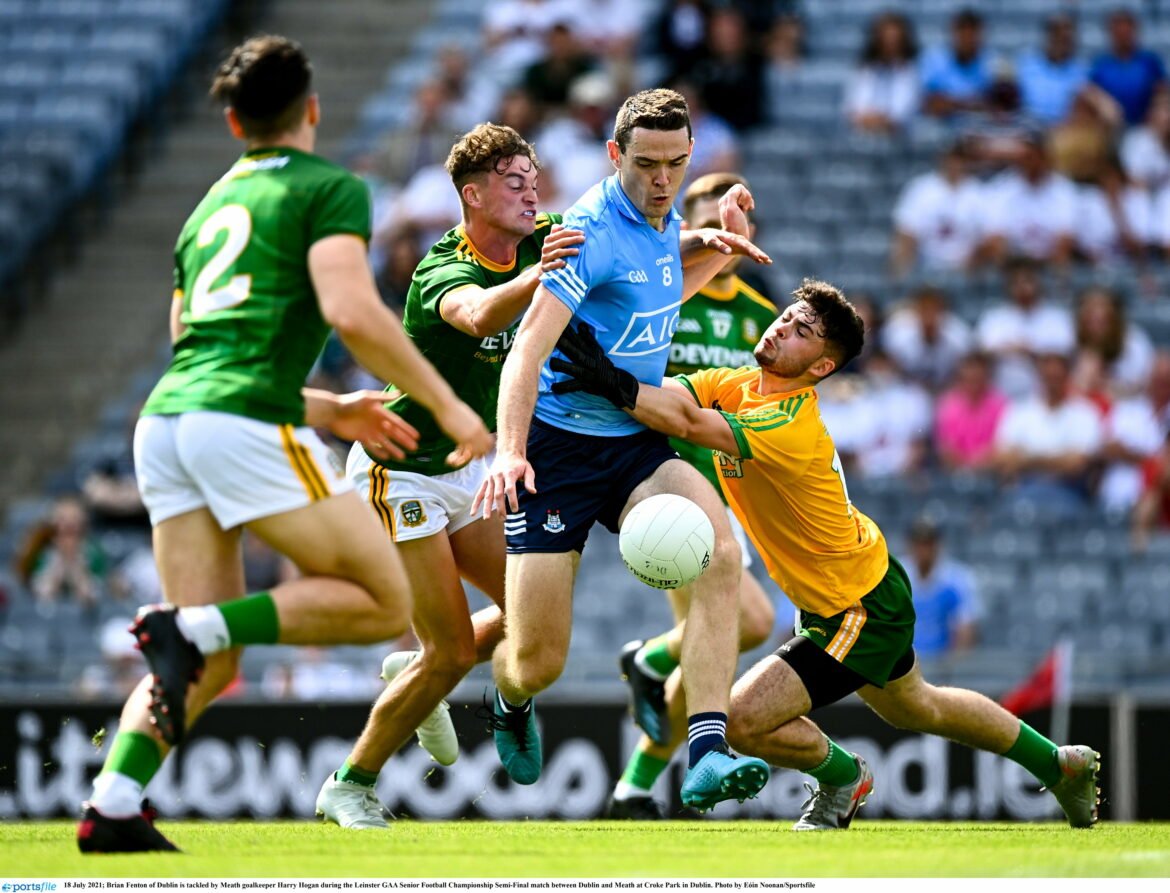 Meath arrive at Croke Park on Sunday desperate to put an end to Dublin’s provincial dominance which has now last for more than a decade.

The neighbours are set to meet in this Sunday’s provincial semi-final at Croke Park with the smart money on a Leinster final between the Metropolitans and Kildare –who play Westmeath on the same day – to come at the end of the month.

While Kerry’s win over Cork at the weekend was similarly predictable, the Rebels have managed two victories against their Munster rivals in the last decade; in 2012 and 2020.

Meath’s last victory over Dublin came on an a bizarre June day in 2010 when Stephen Cluxton had to pick the ball out of his net on five occasions.

The previous decade had seen close games between the counties, with Meath starting the new millennium in the ascendency, when they claimed the Delaney Cup in 2001, their fourth straight victory over the Dubs.

Since then, however, Dublin have dominated the fixture, other than the 2010 anomaly, and a draw in 2007. A close Allianz League encounter at Parnell Parnell in the autumn of 2020 gave Meath hope, but it proved to be a false dawn as they lost the Leinster final by 21 points.

Last year’s provincial semi-final was closer as the Royals launched a second-half comeback, but they ultimately still lost by six points, which all adds up to one win for Meath in the fixture in over 20 years.

“That rivalry might have waned a bit in the last number of years,” eight-time All-Ireland winner Cian O’Sullivan, who retired last June, told the Irish Independent.

“I wasn’t playing but I was involved in 2010 when they beat us by five goals. And I think since that point, the games have been one-sided in Dublin’s favour.

“Meath were making strides in the last number of seasons – certainly last year, maybe not this year – but it was a close encounter between us last year and in the League too, it was tight.

“While I think that rivalry from 2010 to 2019 did weaken, it seems to be getting a little bit stronger. But it’s going to take a close encounter in a Leinster championship game to re-ignite that and looking forward to this weekend. I couldn’t be sure we’re going to get that.”

These are strange times for a Dublin team that looked untouchable for so long. The defeat in championship was always going to happen, as a host of experienced players, as well as former manager Jim Gavin stepped away from the set up.

But it was the nature of the defeat – leading Mayo as they did by five points late on – that was very unlike the sort of game management we had become used to with the team from the capital.

Added to that the relegation down to Division 2 of the league earlier this year, a first for Dublin since 1995, and things look very uncertain coming into the Leinster championship.

before a comprehensive opening win over Wexford.

O’Sullivan doesn’t buy the doom and gloom though, and he suggests the quality still left in Dessie Farrell’s squad means they’ll be there or thereabouts come late July.

“I’d be quite optimistic for their chances this year,” he says as he helps to launch EirGrid’s timing sponsorship.