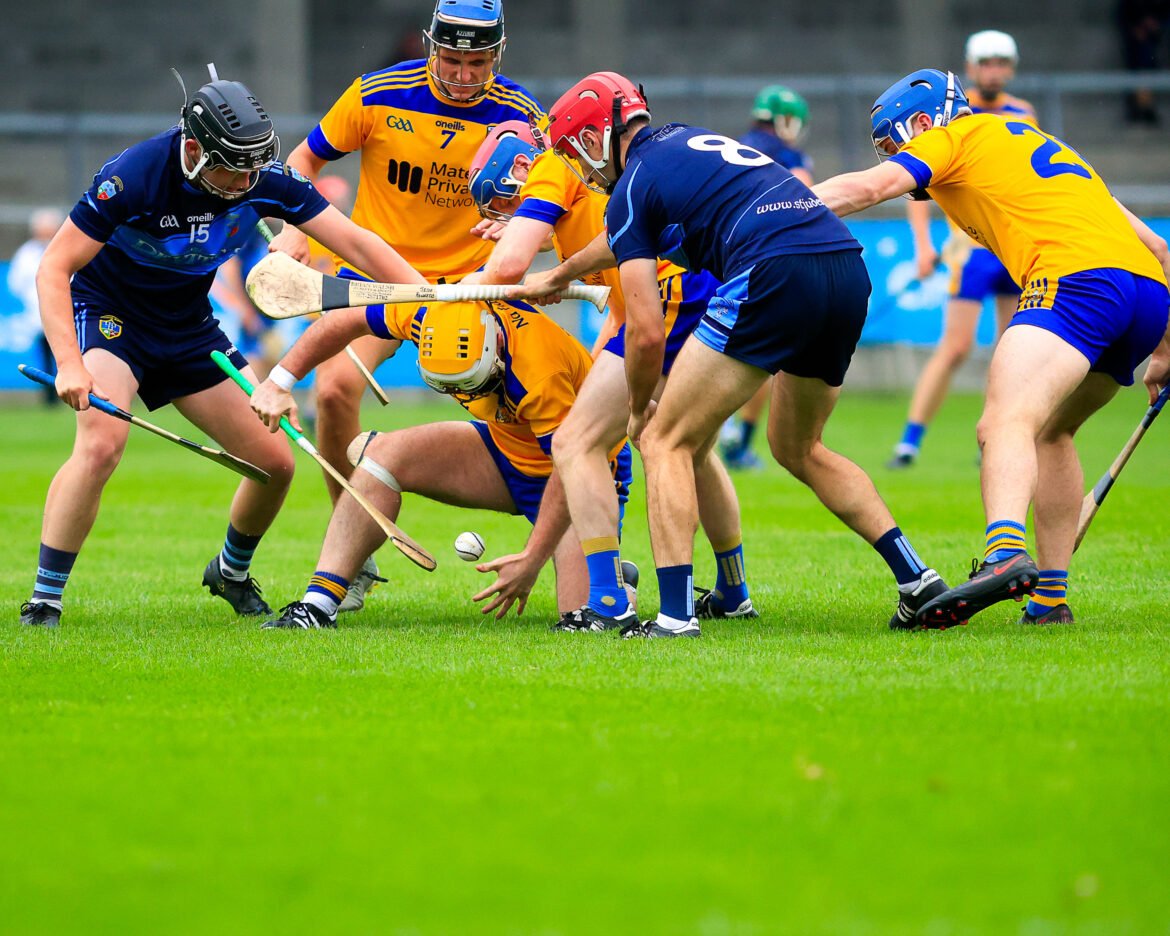 Lucan Sarsfields got their Group 2 campaign back on track as they defeated Craobh Chiaráin by 1-22 to 1-14 in Donnycarney on Saturday.

A second-minute Charlie Keher goal set the tone of Lucan’s dominance early on, as they added to their lead through points from Chris O’Leary, Chris Crummey and Eoghan Ó Conghaile.

Although Craobh replied through points from Cian Derwin, Stephen Kelly and Jack Murray, the contest seemed to be slipping away from them until Francis Usanga netted in the 20th minute to offer some much-needed momentum to their challenge.

Derwin landed three frees in quick succession to reduce his team’s deficit to just five points but O’Leary did likewise for Sarsfields as they enjoyed a 1-15 to 1-8 interval lead.

Scorers proved much harder to source upon the restart with Ciaran Dowling and Paul Crummey adding two points apiece to ensure a welcome result for Lucan manager Cathal Fenton.

“It was good to get the win obviously, considering the week that we had,” Fenton told the

“The first half was very good and I thought that we started really well in the first 10 to f15 minutes where we were able to turn over balls and get some scores on the board.

“The second half was a bit flat and we died off a bit but we’ll take the win. We did finish strongly but we were hoping to finish even stronger. It was there for us and the space opened up and we should really have taken more advantage of the chances that we had.

“There is loads to work on with the group but thankfully, we came into Parnell Park to play Craobh Chiaráin and you know it’s going to be a tough battle so we’re just happy to get the win.

“Considering the way the championship is now, there is no easy game obviously and last Tuesday evening was a setback.

“St Vincent’s are a very good side, they took their chances near the end and got ahead of us.

“We were lucky in a way that we only had a four-day turnaround between the games as we were really able to channel it all into Saturday rather than having to wait a few weeks.

“We have a lot to work on based on our second-half performance.

“We had a good league, winning that, and we won on Saturday so that sets us up but Kilmacud Crokes in four weeks’ time is a huge game for us,” added Fenton.

The second match in Group 2 was considered a tough call to make in advance and so it proved, as St Brigid’s and St Vincent’s shared the spoils on a scoreline of 1-19 to 2-16.

Despite Alan Moore’s early goal for Vinnies, there was very little to separate the teams throughout, with a wonderful James O’Connell goal leaving St Brigid’s with a narrow 1-9 to 1-8 interval lead.

The lively Brian Bolger added a second goal for the Marino side early in the second half but some fine shooting from Paul Winters looked to have swung the tie in St Brigid’s favour before Bolger stepped up for a dramatic levelling score in added time.

“It was a game where there were a lot of errors and the teams were punished by the errors,” said St Vincent’s manager Proinsias de Poire.

“It became nip and tuck right to the very end and thanks be to God that Brian was there at the end to put the ball over.

“If you were to tell me here a month ago that we would have three points after two games of the championship, we would be very happy.

“There is a lot of stuff that will have to be improved on but we have three points in the bank now and we’re happy to move forward to the Craobh Chiaráin game,” added de Poire.

The final game in the quartet of matches saw Ballyboden St Enda’s move clear in Group 1 after their comfortable 1-18 to 1-12 win over near neighbours St Jude’s at O’Toole Park.

Having received a bye last Wednesday, Cuala finally made their championship bow on Saturday afternoon in Kimmage and while far from their fluent best, they did enough to shake off a determined St Oliver Plunkett’s/Eoghan Ruadh by 2-23 to 3-16.

The absence of Con O’Callaghan and Darragh O’Connell may have had something to do with their below-par showing but they got the win.

as manager John Twomey acknowledged, their opponents deserved plenty of credit for the efforts, especially after their heavy loss to Ballyboden St Enda’s earlier in the week.