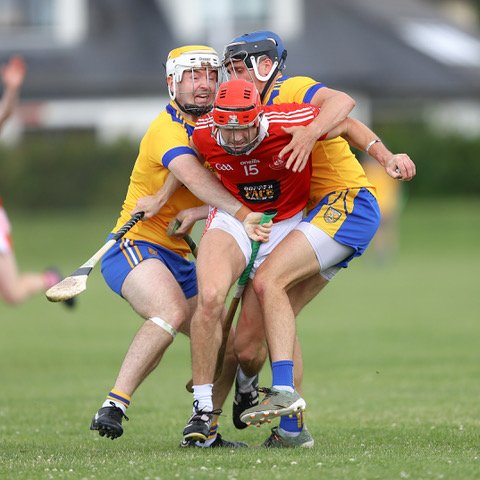 Former Dublin captain Johnny Mc Caffrey was instrumental at wing back as the western side saw off one of their main rivals in a tight game, solidifying their second place just behind Boden.

Elsewhere, the cream of U-15 club hurling in the country descended to Dublin last Saturday as the Division 1 finals of the John West Féile na nGael took place at Abbotstown and Belfield.

Kilmacud Crokes impressed many in winning the Dublin equivalent earlier in the year, beating Ballinteer St John’s in the decider, and they made an encouraging start to the group stages when defeating Ballinastragh Gaels by 2-12 to 1-4 in their Group 4 clash in the familiar surrounds of Belfield.

Talented wing-forward Conall O’Sullivan played a key role in that victory as Kilmacud built up an unassailable advantage thanks to scores from play by Cian Moriarty and Conall Criostóir, while Rory Flannery kept the scoreboard ticking over with his prowess from placed balls.

Crokes moved on to a meeting with Mount Sion and they booked their place in the semi-final as group winners when confidently overcoming the Waterford side by 0-12 to 0-5.

The defence was outstanding with Lochlain Kennedy at full-back and Dáithí Linehan and Thomas Ambrose at corner-back to the fore, while their half-back line of Rian Robertson, Flannery and James Ryan ensured their side remained on the front foot .

Their reward for topping Group 4 was a semi-final clash with Group 3 winners Ahane, and a Fintan Lydon goal ensured Crokes remained in the hunt at half-time as they trailed by 0-5 to 1-1 at the break.

Despite the tireless work of Eoghan O’Donovan at midfield and two points from Criostóir, Kilmacud were unable to manufacture sufficient scoring opportunities in the second half to unduly trouble a well-organised Ahane defence as the Limerick champions advanced to the final with a 1-8 to 1-4 victory.

“We are very pleased with how the lads dealt with the situation on Saturday as it was very much a new experience for all of them and one that they really enjoyed,” said Crokes mentor Jim Ryan told the Evening Herald.

SF TD:  “Minister shouldn’t be throwing bouquets at himself – he should be addressing Dublin’s housing crisis!”