Leinster Senior League: Crumlin hitman ‘not too good for LSL 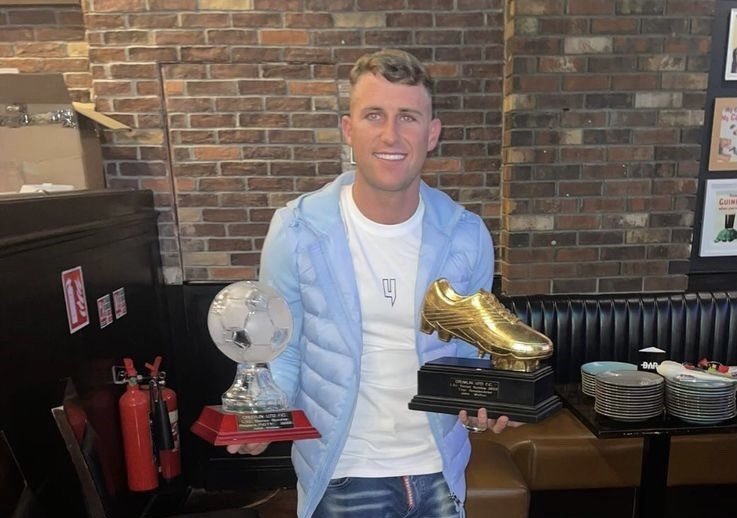 The league-winning manager accepts there are players within his Crumlin United squad, including Walker, and players across the amateur, top-flight that have the ability to play League of Ireland but he remains adamant no player can deem themselves above the division.

Lee, who would have played against Kieth Fahey, Brandon Miele, Richie  Towell, and other high-profile players who used Senior Sunday as a career pit stop, refueling before making a second more successful pro assault, says it’s not as simple as a talent debate and believes it’s disrespectful to go the ‘too good’ route.

“No he is not,” he responds putting the Gazette in our place when we made the ‘too good’ error with regard to Walker.

“Nobody playing in the LSL Senior Division is ‘too good’, and to suggest that is disrespectful to the level.

“Can he step up to League of Ireland level, yes of course he can, but so can a few from my squad, and a few from around the division.”

The Clondalkin native who has been involved in every single Crumlin United Senior Sunday title win, as a player, captain and now manager, points out timing has to be taken into consideration.

He also suggests the division has lots of LOI capable players who can’t afford to play pro ball part-time or haven’t the time to meet the demands of playing in the ‘Greatest League in the World’.

“There’s a lot more needed than just ability, timing is huge also, there are always different reasons and circumstances why some aren’t there yet or never go for that matter.”

Walker’s ability to play at a higher level was flagged up by his fellow Senior Sunday managers when the Dublin Gazette canvased for Player of the Year votes.

“They like Lee see the talent although the manager jokes they may have ulterior motives in promoting it.

“I’ve seen and heard a few talking about him alright, everybody wants to give him away on us and would want to see the back of him in fairness!

“They’d probably love to see the back of Crumlin for a while as well!”

Not one to wax lyrical Lee didn’t quite break jump onto the main stage and sing the praises of the striker, his ode to Walker was delivered more karaoke style.

“Taking his age into account and it being his first full Senior season he has been very good. He takes the plaudits because he puts the ball in the back of the net.

“The funny or scary thing is depending on how you look at it, he could have been even better and scored even more than what he has done, he’d be the first to tell you that.

“But his mindset now to where it was at the start is on a completely different level.”

Wexford get Shortty after front man swaps Collinstown for  the LOI

Own a Fitbit or Garmin – tracker can be a useful motivator