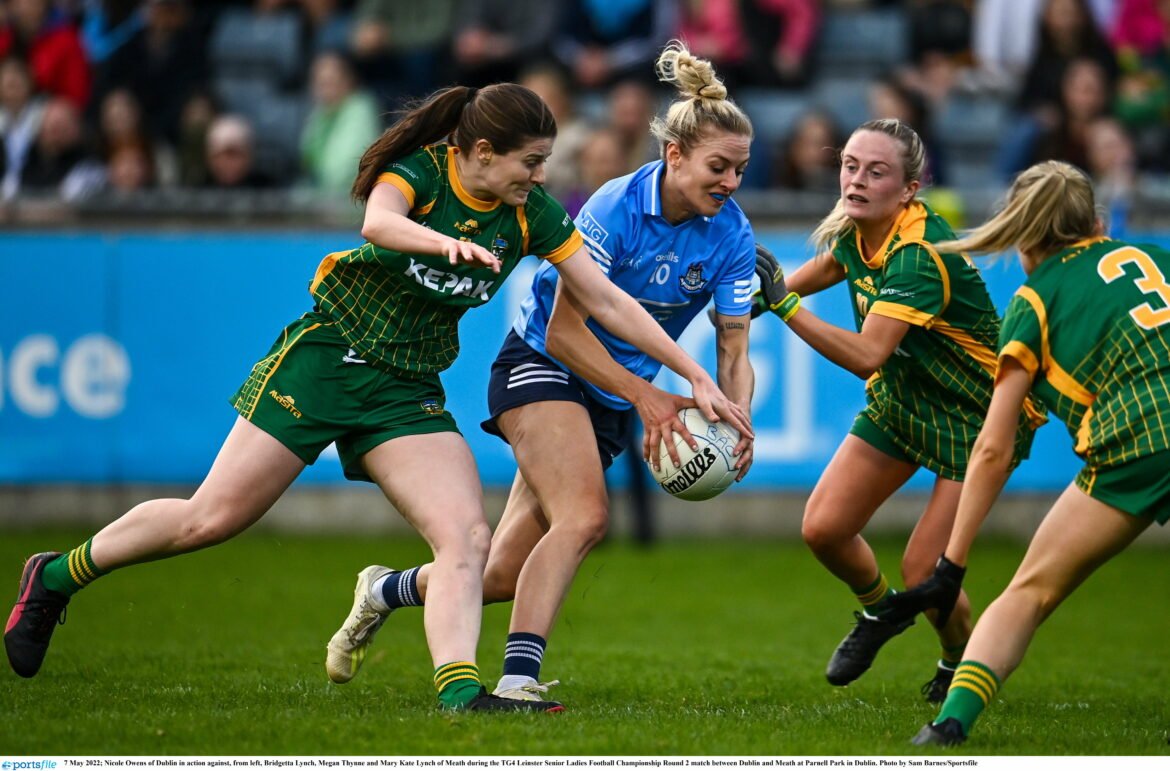 Nicole Owens hit 1-2 as Dublin qualified for the TG4 All-Ireland Senior Championship quarter-finals following their win over Tipperary at Templetuohy.

Dublin were three ahead, thanks to Owens’ (right) goal in the opening half, and while they found the stringent Tipperary defence difficult to deal with, their patience and dominance in possession ensured victory.

Dublin were on top in the opening half but scores were at a premium. The game’s opening point came through a Carla Rowe free on five minutes before an Emma Morrissey free levelled the scoreboard.

Owens added her third goal in two games on eight minutes when she dispossessed the Tipperary defence and broke through to go one-on-one with Lauren Fitzpatrick, the St Sylvesters player made no mistake with her finish.

Twelve minutes passed before Niamh Hetherton pushed Dublin into a five-point lead with her first score.

The Leinster champions should have been further ahead, Rowe’s goal effort was their best chance but it was turned around the post by Fitzpatrick before Jennifer Dunne and Owens also saw their efforts go wide.

Tipperary ended the half strongly and an Angela McGuigan point on 28 minutes reduced the gap to four. They also added a free from Morrissey to leave three between the sides at half-time.

On the resumption, Jodi Egan swapped points with Morrissey before Hetherton pushed the gap to four with her second score.

Tipperary continued to press and were rewarded with points from Clara English and Sarah Ryan to make it a two-point game.

As both teams made their changes, the introduction of Hannah Tyrrell proved fruitful as her free from distance extended the Dublin lead.

And despite dominance of the third quarter, Dublin finished strongly with Mayo now firmly in their windscreen.

Will Young: “it’s quite fun to remember how ridiculous it was”