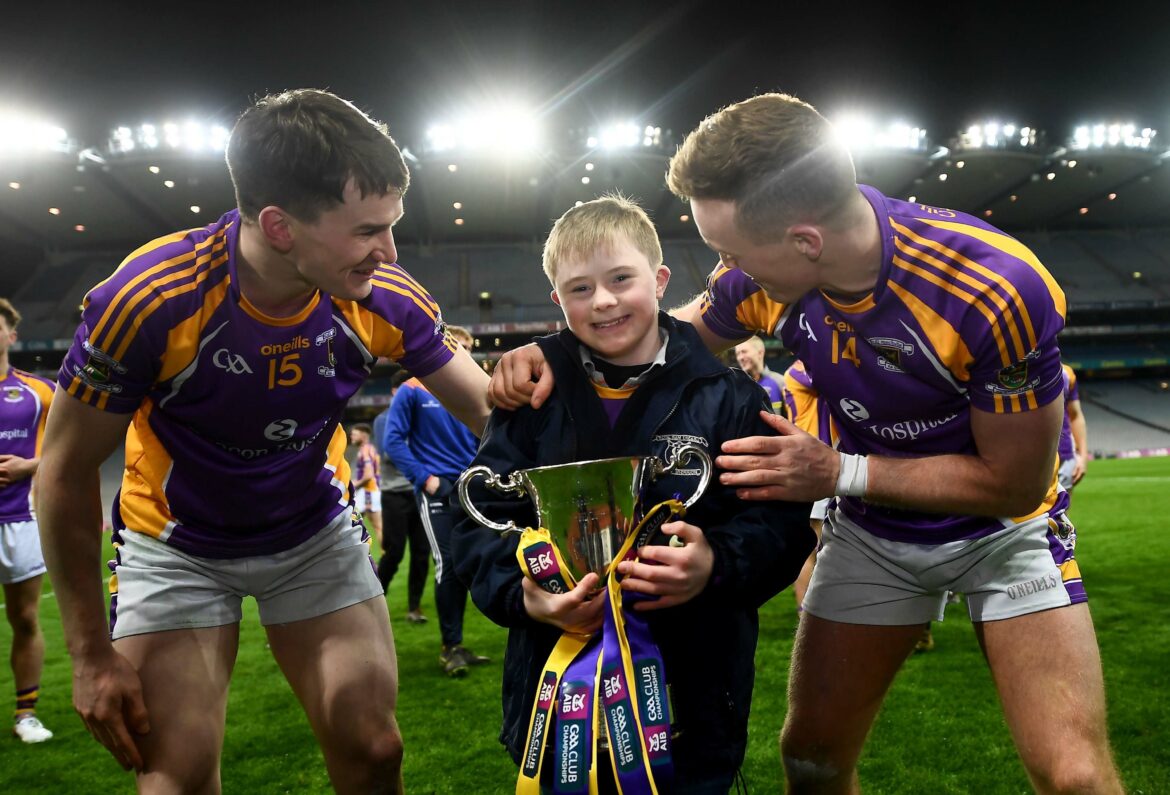 KILMACUD CROKES finally slayed the ghost of their shock defeat to Longford’s Mullinalaghta three years ago when they powered past Naas to land the Leinster senior club football championship at Croke Park lasst weekend.

Without the services of talisman Paul Mannion, as revealed in last week’s Dublin Gazette, the Stilorgin side still had the firepower to see off the Kildare champions and end a 10-year wait for provicincial glory.

“I don’t know,” said boss Robbie Brennan. “I thought it might the minute the whistle went, but I’m not so sure it did. That was a fair old shock to the system a few years ago, albeit deserved as I said before by Mullinalaghta. But this is special in its own right.”

Brennan has always tried to play down the emotional scars as this year’s team plotted a path through the province. Players have come and players have gone, he insisted, but 10 of those who started three years ago were involved at the weekend.

That number would have been eleven had Paul Mannion not sat it out. Troubled by a knee injury over Christmas, the former Dublin star underwent a minor operation on Friday and played no part.

Still, that Crokes came through comfortably, keeping Naas scoreless in the second-half after taking a one-point lead into the interval, speaks volumes for the Dublin champions who, in Tom Fox, Callum Pearson and Dara Mullin, had forwards willing and able to step into the breach.

“There probably is a narrative that we can’t win without Paul and we were probably looking at that ourselves to see. ‘Well, let’s see, can we?’

They did. And next up is Roscommon’s Padraig Pearses in three weeks’ time.

The last time (in 2019) against Thomas Davis he went off injured and we didn’t win. It was a big test today to see could we (win without Mannion). We have this one, it mightn’t be the same the next day but thankfully this one was.”

Naas didn’t help themselves at times, especially in a first-half when they were probably just the better team but all too often failed to make the most of their work when close to goal, but the manner in which Crokes shut out the game on the restart was impressive.

It may be that this 30 minutes was the best we have seen from them this season and it bodes well for a side that, with a fifth Leinster title under their arm, will now look to push on and claim a third All-Ireland title.

Their familiarity with HQ will stand to them should they make it back to Croke Park for the biggest decider of them all but the Connacht champions and an ongoing pandemic stand as problematic obstacles between this team and their unsated ambition.

“I dunno, it is torture,” said Brennan. “Every time the phone rings or texts you’re waiting for news. We had one or two (affected with Covid last week) and then one who we thought was positive and it turned out he wasn’t.

“So it’s fluid and it’s changing every single minute. No doubt the next two or three weeks will be the same. We’ll be second-guessing every second move but you can’t lock them up. You have to let them live their lives and hope for the best then when they come training.”

Clear the remaining hurdles and maybe closure for Mullinalaghta will finally come.

Widespread shock as report reveals over 2,500 homeless children in Ireland