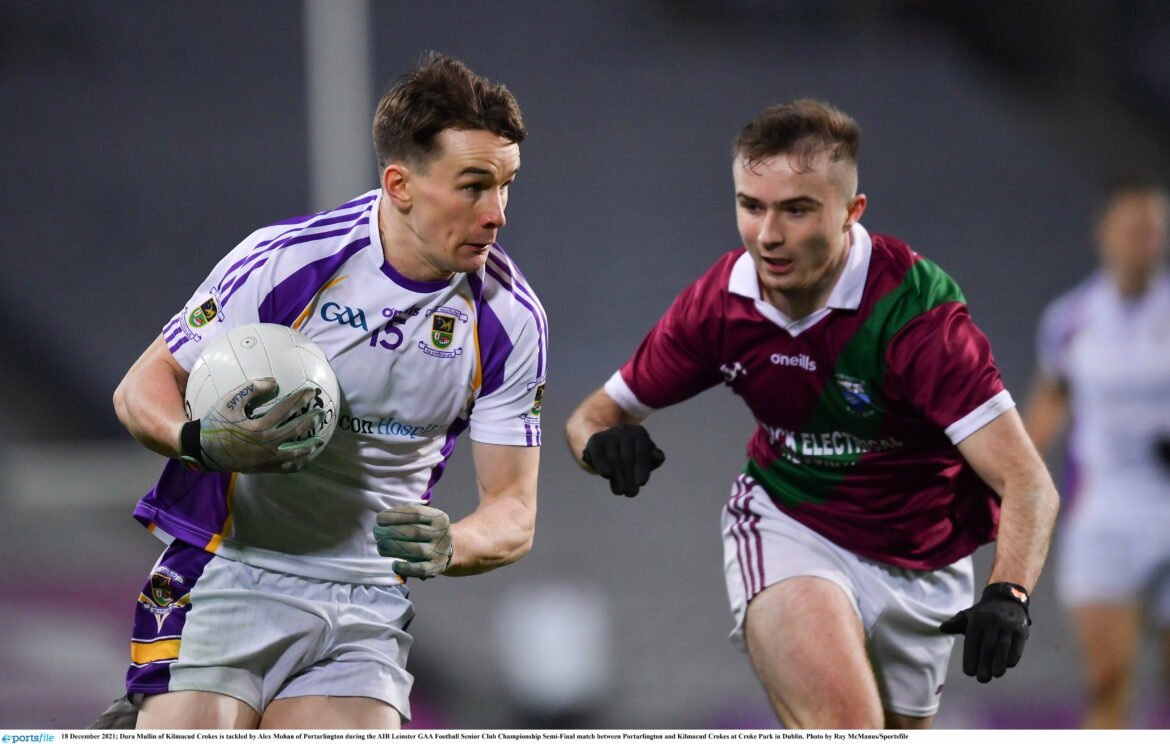 Kilmacud Crokes could celebrate Leinster success for the first time in over a decade this coming weekend.

The Dublin Football Champions are just 60 minutes away from adding provincial honours to the list of this season’s accolades. Crokes take on Kildare county champions Naas at Croke Park on Saturday in the Leinster Club Championship final. on Saturday.

The Páirc de Burca side go into the clash as big favourites but recent events will ensure they won’t take victory for granted.

The Stillorgan side only made this weekend’s decider after surviving a semi-final scare.

Crokes were pushed all the way before finally seeing off the brave challenge of Laois champions Portarlington in a pre Christmas headquarters hosted semi.

The 2009 All Ireland Club Champions had a disastrous first half and hit a massive 18 wides in the opening 45 minutes. As a result, they trailed by five points at one stage in the second period.

Sub Cian O’Connor eventually turned pressure into points, raising the green flag in the second half and starting a revival in the process.

Kilmacud finally found their shooting boots and finished strong to progress despite not consulting their best form.

If that wasn’t warning enough the footballers will note what happened to the club’s hurlers Leinster quest. Dreams of a provincial double were ruined when the hurling side were shocked by Clough-Ballacolla in the LHC semis.

Naas, who defeated Wexford champions Shelmaliers in their semi final, on the other hand have never lifted the trophy, in fact, they are competing in the Leinster Senior Football Championship for the first time since 1990.

Having won their eight county crown they’ve impressed their way to the final and developed a bit of neutral following along the way.  Throw in for the final is 5:00 pm Saturday and it will broadcast from Croke Park on RTÉ 2.