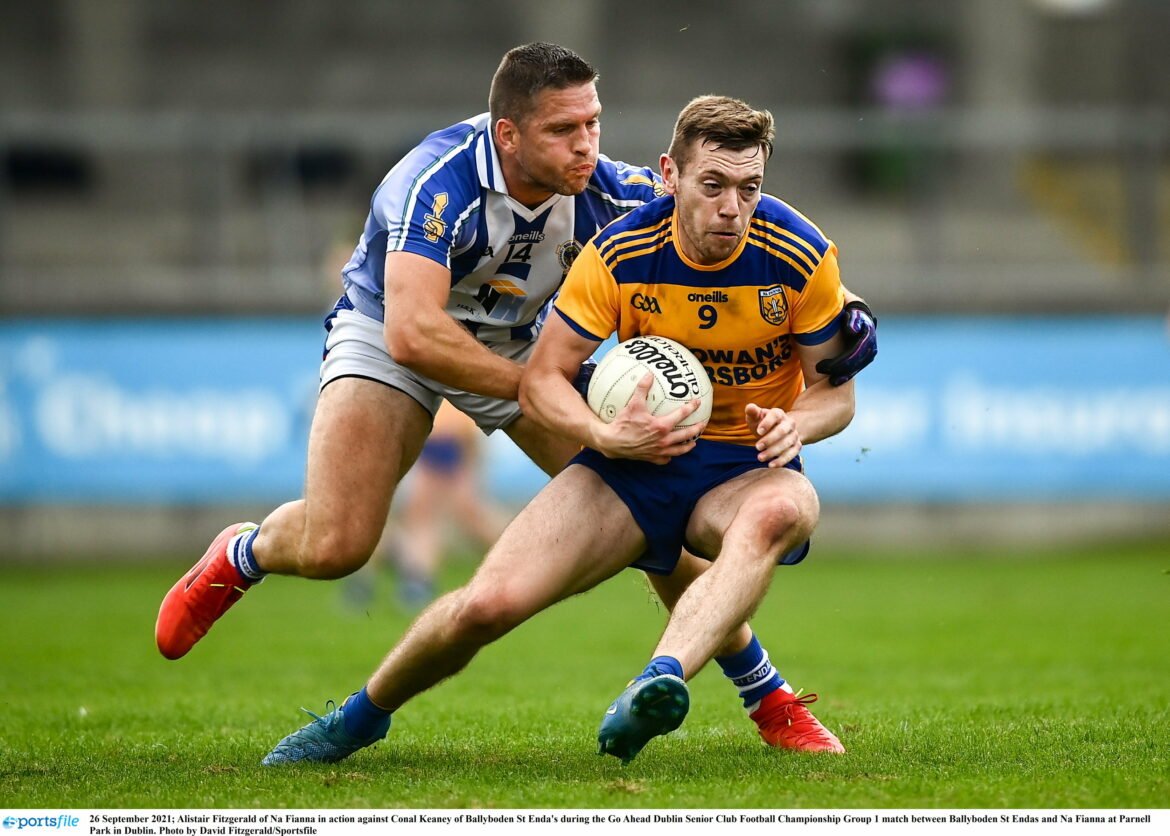 Raheny in Parnell Park as the defending Leinster champions set off on the Road to Croker once again.

Last season’s beaten All-Ireland finalists – a stunning last-gasp gosal from Down and Ulstewr champions Kilcoo denying the Stilorgan men the title in the dyting moments of extra-time – won’t have it easy against a Raheny side that boasts Dublin senior stars Brian Fenton and Brian Howard.

That clash will make up the second part of a double header in Parnell, which will be predeeded by Thomas Davis’ clash with Na Fianna.

The victory, along with a walkover received from Kilmacud Crokes on Friday, ensured a semi-final spot, most likely against Na Fianna, with the form of Colm Basquel and Ross McGarry central to Boden’s victory.

Basquel kicked six points to augment 1-3 from McGarry as the hosts recovered well from the concession of an excellent Tomás Quinn goal early in the second half.

Bob Dwan kept matters tight at the back for St Enda’s from full-back while at the opposite end of the field Daire Sweeney made a positive impression in his first senior game, scoring 1-2 to complete his team’s six-point win.

In AFL2, St Oliver Plunkett’s/Eoghan Ruadh moved into second spot in the table following their 3-11 to 0-11 victory over league winners St Sylvester’s at Broomfield on Saturday evening.

With Naomh Olaf’s match against Ballyboughal called off, Plunkett’s took full advantage in leapfrogging their nearest challengers with Conor Tyrrell leading the way with an immaculate performance from corner-back, linking the play intelligently throughout.

Tom Cullen was another to impress at the back for the visitors while further up the field, Irinel Popa chipped in with a valuable contribution of 1-2.